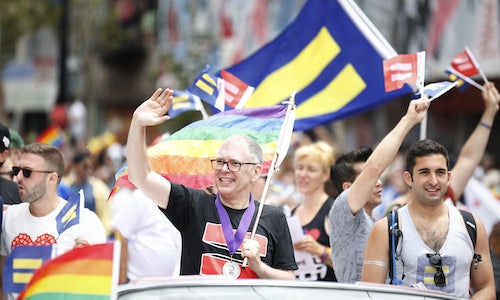 On June 1, the Human Rights Campaign Foundation and American Apparel, Inc. launched the #EqualityForward campaign. HRC and its Foundation serve as America's largest lesbian, gay, bisexual, and transgender civil rights organization striving to achieve LGBT equality. The #EqualityForward campaign was designed not to set boundaries on equality, but to pave a road for a world unknown to LGBT discrimination. HRC desires for a world where an equal sign carries a congruent message throughout every corner of this planet; a message that depicts a community that is unwilling to settle for less than equal. No human being, whether from Australia, Mozambique, Ireland, or the U.S. deserve to live in fear for who they are or who they love.

The goal of the #EqualityForward campaign was to raise funding for the work of HRC Foundation's international initiative, HRC Global, and its partner organizations. HRC Global is a program created in November 2013 to strengthen the global LGBT equality movement through public education, advocacy, fellowships, partnerships, and research. The Foundation envisions a world where LGBT people are embraced as full members of society at home, at work, and in every community.

In order to successfully accomplish this goal, the campaign developed attainable objectives. Expand HRC's name recognition. Educate individuals around the globe about the work of HRC Foundation. Inspire individuals to promote HRC's vision. And finally, empower LGBT individuals and allies around the world to contribute to HRC's mission.

The #EqualityForward campaign was a project developed and implemented by HRC's Consumer Marketing department. The Consumer Marketing department uses tactics that focuses on increasing brand recognition. Brand recognition allows HRC Foundation to engage, educate, mobilize, and empower fair-minded individuals to advocate on behalf of LGBT equality. The strategy for the campaign focused on three tasks: collaborate, design, and market.

As a nonprofit organization it has been essential to create collaborations to access resources beyond our current capacity. To achieve our goal, HRC collaborated with the international clothing company, American Apparel. American Apparel's 200 plus storefronts around the globe, including a global e-commerce website, gave HRC a platform necessary to reach a vast audience.

Window displays from Hong Kong to Germany marketed the #EqualityForward campaign. The displays were tailored specific to each stores native language and educated individuals about the work of HRC's Global Foundation. The 200 plus storefronts help feed the promotion of the campaign on social media.

The #EqualityForward tour was among the most effective marketing tactics. The tour enlisted top talent from the drag community to make special appearances at American Apparel stores in major U.S. and Canadian cities concurrent with pride festivals. Multiple online news outlets helped promote the tour as well as the overall campaign. Each tour location had a substantial turnout, which helped support sales and promotion of the #EqualityForward collection.

The #EqualityForward campaign ran throughout the duration of the summer. The total cost incurred on HRC's end is estimated to be just over $5,000. To this date, sales from the collection have reached nearly $150,000. Funds from the campaign supported expensive and exhausting legal work that will allow for HRC Global to continue spreading LGBT equality amongst multiple countries worldwide. 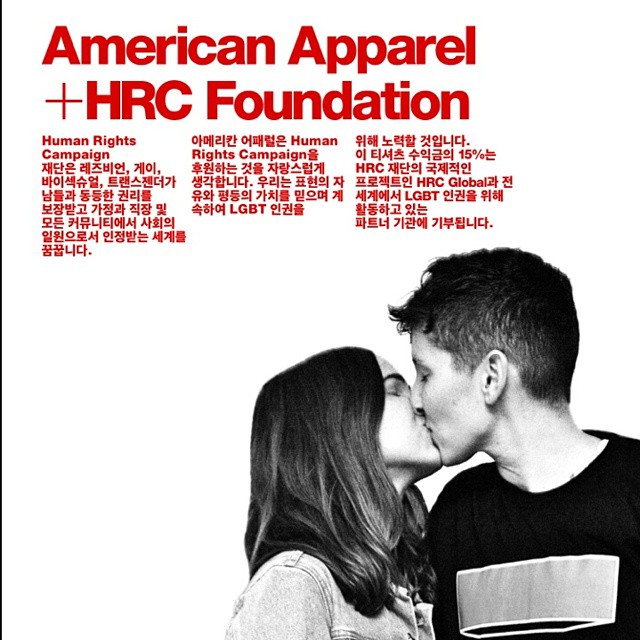 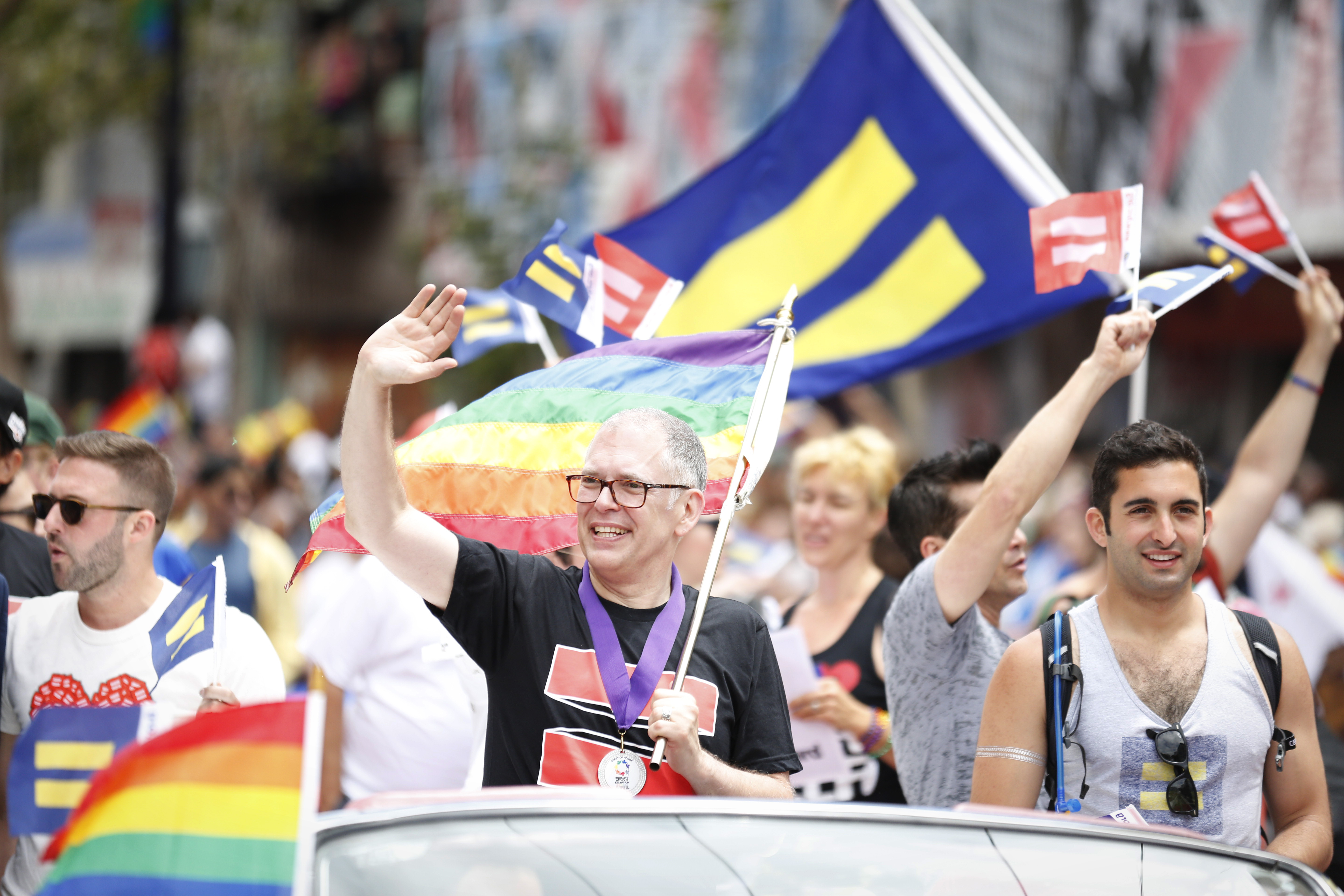 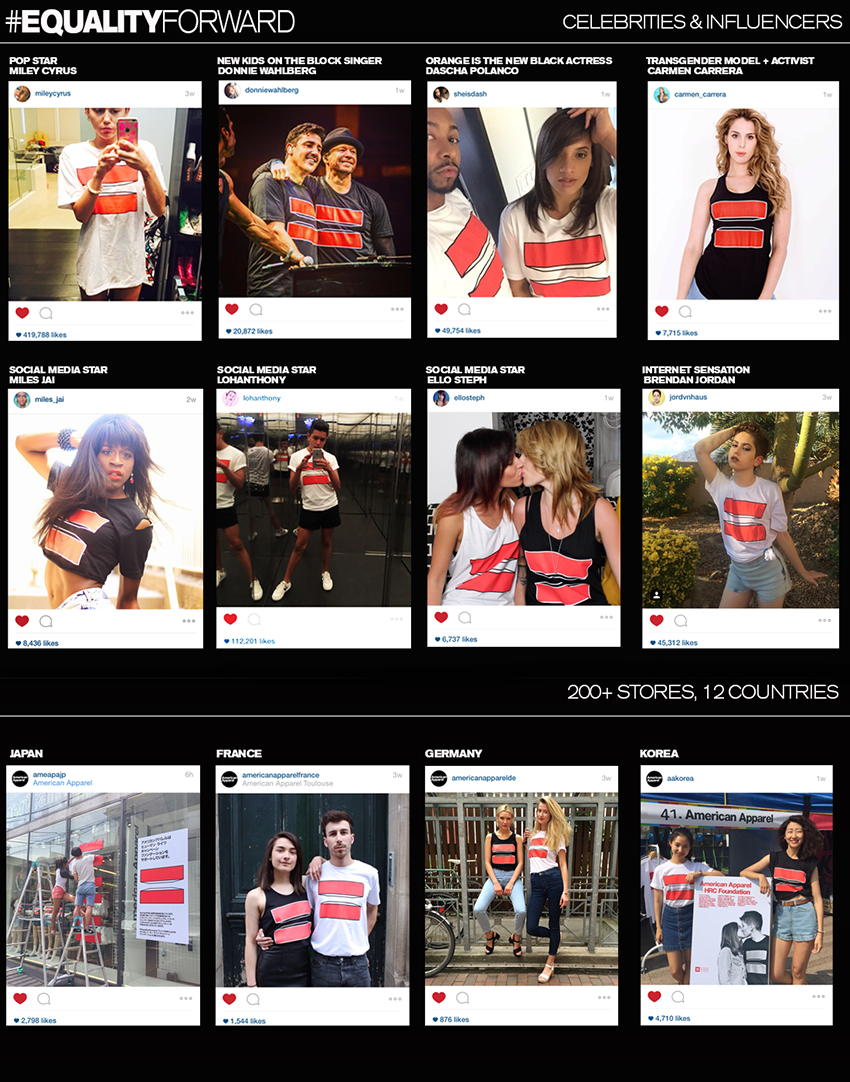 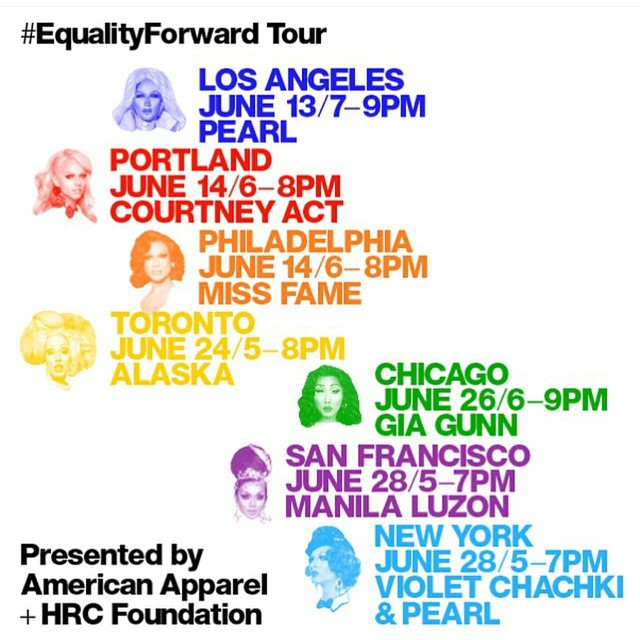