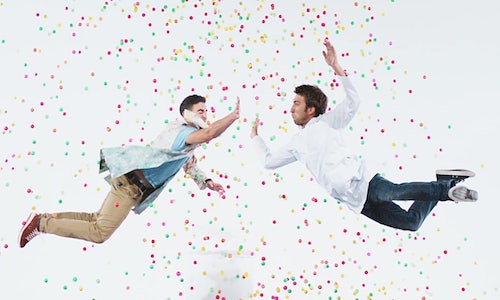 YouTube is the leading video sharing platform in the UK. The platform hosts many creators who develop engaging video content for their fans spanning topics as diverse as beauty, relationships, parenting, music, travel and food. YouTube wanted to highlight these content creators who have built loyal audiences globally and attract millions of viewers each month. Set against a competitive on-demand video content landscape we needed to create a campaign that would promote the best content on YouTube, as well as demonstrate the opportunity for people to become content creators and for brands to harness these channels to reach their audiences.

Their audience of young 'millennials' are the internet savvy generation who also happen to love communicating with 'response memes'. These looping gifs – often cut from famous movies – are used to express certain sentiments, when words and emoticons don't quite to the job.

So we'd bring the Slow Mo Guys to new audiences by bringing their amazing slow motion technique to memes – the most popular currency of the internet.

We worked with the Slow Mo Guys to recreate memes as you've never seen them before – in spectacular slow motion. We recreated the most popular memes used by their audience such as 'Table Flip', 'Epic High Five' and 'Come At Me Bro'.

We selected YouTube influencers The Slow Mo Guys - to raise awareness of their profile with both consumers and advertisers, and attract new viewers and fans to their YouTube channel. Our social objective was to activate the collective power of fans and creators in real-time, using that momentum to reach new audiences.

The Slow Mo Guys is a web-based series starring Gavin Free and Daniel Gruchy, undertaking a variety variety of tasks and filming it in extreme slow motion. Their YouTube channel has over 4 million subscribers and over 330 million views. The Slow Mo Guys show audiences how amazing things happen even in the most simple tasks - as long as you film it in 2.5K frames per sec. As GIFs have superceded emoticons as the go-to way of expressing an emotion digitally, we decided to use The Slow Mo Guys signature style to remake the internet's most popular memes, in epic slow motion. These GIFs would offer fans a new way to express themselves online. And each time they liked and shared these GIFs they would promote The Slow Mo Guys in return.

Throughout the video, fans can click through to an Imgur channel to use any of the 17 Epic Slow Memes to send to friends, introducing potential new fans to the Slow Mo Guys. Alongside the video, supporting content was also posted across The Slow Mo Guys' YouTube, Google +, Instagram, Twitter, Tumblr channels.

The Slow Memes spread fast, featuring on Mashable and Buzzfeed, with over 2.1 million people watching the making-of video. Over 90,000 fans clicked to get the Gifs, sharing them across all the major social platforms, plus thousands of lesser known forums, reaching over 60 million potential new fans. 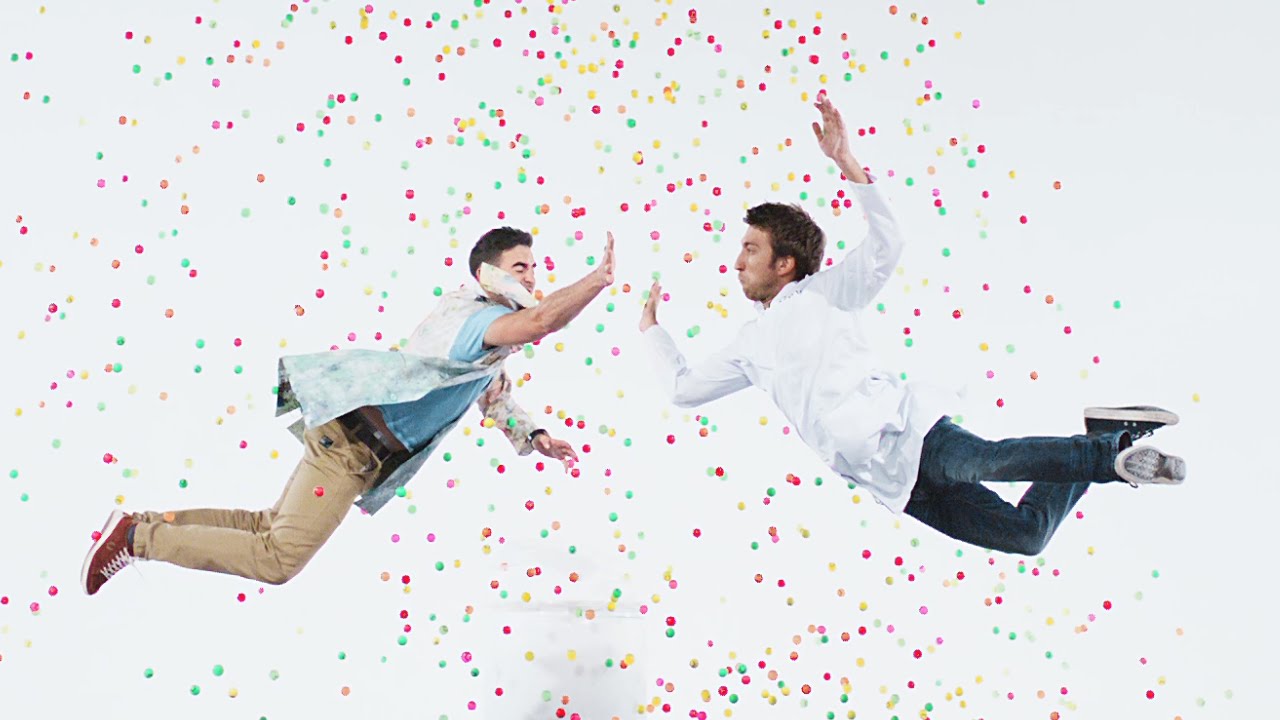