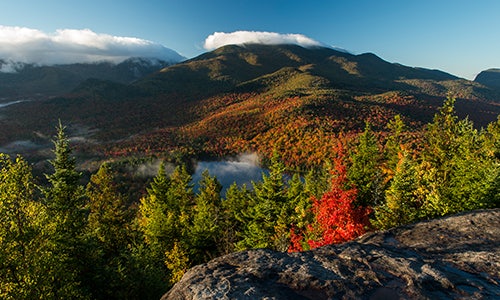 New York State has an almost endless array of attractions, experiences and unique offerings, which can be enjoyed all year long, to offer people of every age and to satisfy many different interests. One of the state's most special features is not only available and accessible across the entire state, but also it's free for everyone to enjoy: its gorgeous fall foliage.

For years, I LOVE NY had been showcasing this natural attraction on its website, but a couple of years ago, New York State saw an opportunity to connect with consumers and inspire travel to the state during the Fall season on digital and social platforms in partnership with GLOW. In 2015, based on the success garnered from a more modest leaf peeping initiative in 2014, I LOVE NY and GLOW expanded this campaign even more on digital and social media as a way of elevating exposure for I LOVE NY and New York State tourism overall throughout the year.

Leading into Fall 2015, I LOVE NY and GLOW launched the #NYLovesFall campaign. The objective was to leverage the popular I LOVE NY brand and its enormous presence on Facebook as well as its other active social media handles on Twitter and Instagram. To engage existing fans and attract new ones, I LOVE NY encouraged more interactions and generated more peer-to-peer commentary by using the Fall Foliage season and its rich existing content stream as a hook.

The crux of this campaign was to create accurate weekly foliage reports with appealing, colorful photos to help consumers plan their travel, whether they were coming from elsewhere in the country or were residents wanting to take in the natural beauty of their home state, and then make it social to extend its reach and have it feel more personal and experiential.

To do this, ILNY sent their "Leaf Peepers"—a force of 65 dedicated leaf-peeping volunteers located across the state—off to capture photo content and help create foliage reports based on their own observations. Nine weekly foliage reports, which were enhanced with user-generated photos to complement those submitted by the Leaf Peepers, were posted on iloveny.com directly helping I LOVE NY reach their website visits goal. In addition, I LOVE NY included companion web content to inspire fall foliage-centric weekend getaways in the form of three "48 Hours" blog entries detailing the best places to see fall foliage that were written by social influencers in the travel space.

GLOW helped make this campaign social by sharing compelling UGC (user-generated) photos as well as photos from the leaf peepers on Facebook, Twitter and Instagram that then drove back to the web content. We encouraged users to share their New York State fall photos using the campaign hashtag #NYLovesFall. We also shared the weekly Fall Foliage maps, which were part of the weekly foliage reports, on Facebook and Twitter. To spread the word about the "48 Hours" blog entries and make them more dynamic within the social space, we created motion videos of the fall content that were then shared on Facebook and Twitter.

Overall, I LOVE NY and GLOW's Fall 2015 campaign proved to be the most successful compared to all other seasonal campaigns. It helped increase brand awareness and activated users around weekend getaways and fall foliage. The initiative also bested similar but more modest efforts from the year prior.

Our Twitter reach for the campaign hashtag, #NYLovesFall, garnered an estimated 32.2 million impressions and received a total of 3,426 mentions by 1,908 users. On Instagram, 4,800 posts used the hashtag.

In addition, fall foliage photos performed at top levels. Facebook reach and engagement peaked in August and September during the height of the campaign. August, which was the kick off of best performing fall foliage content, saw a surge in Twitter performance. Instagram likes and comments peaked in Fall as a direct result from sharing colorful fall photos and beautiful UGC content, and inspired user to share their fall photos.

The campaign was also covered by The New York Times, Condé Nast Traveler and Buzzfeed, in addition to relevant social influencers which gave the initiative high-profile national exposure. 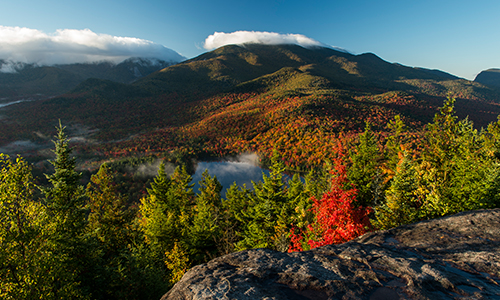