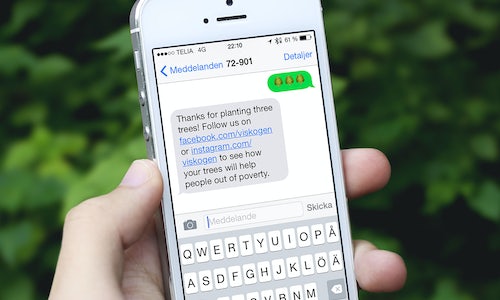 We decided it was time for a better, smarter and more user friendly solution than complicated SMS codes. So, we teamed up with a technical provider – in cellular technology – and made it possible to donate through texting the tree emoji. For the first time ever – an emoji got a real value. Each tree emoji you text is equivalent to a donation of 2 US Dollars – which is the sum Vi Agroforestry needs to plant a real tree in eastern Africa. You can send up to 25 emojis in one text message. The campaign was launched in social media. We also promoted the tree emoji on digital billboards in Stockholm

SMS donations to Vi Agroforestry during 2015 has been on a record high level. The Emoji campaign has also reached out to a new, younger audience and it has been getting a lot of attention from blogs, forums and on social media. Above all, we found a use of the emoji that is relevant and truthful. We have actually made it easier to give gifts through mobile phones. 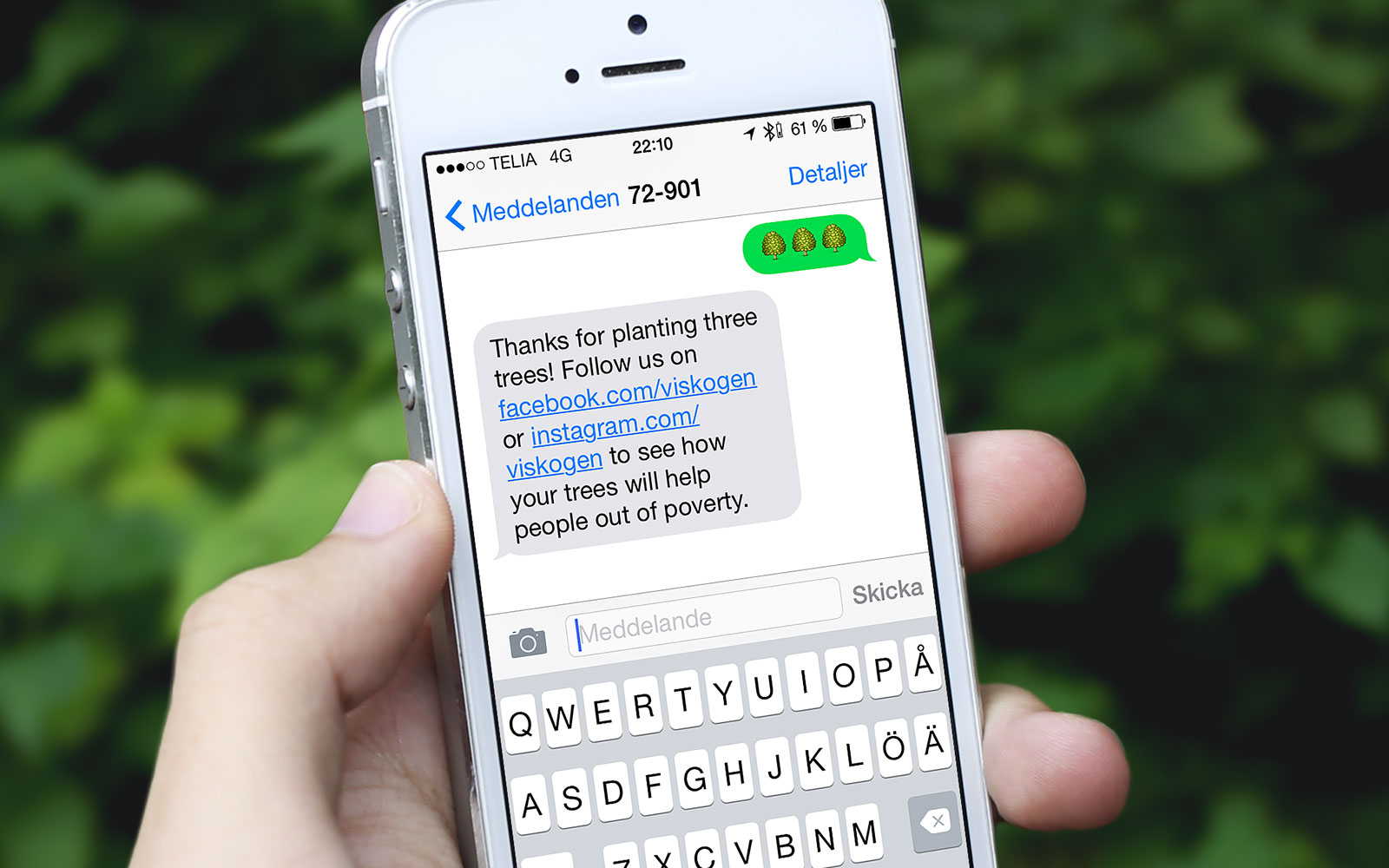 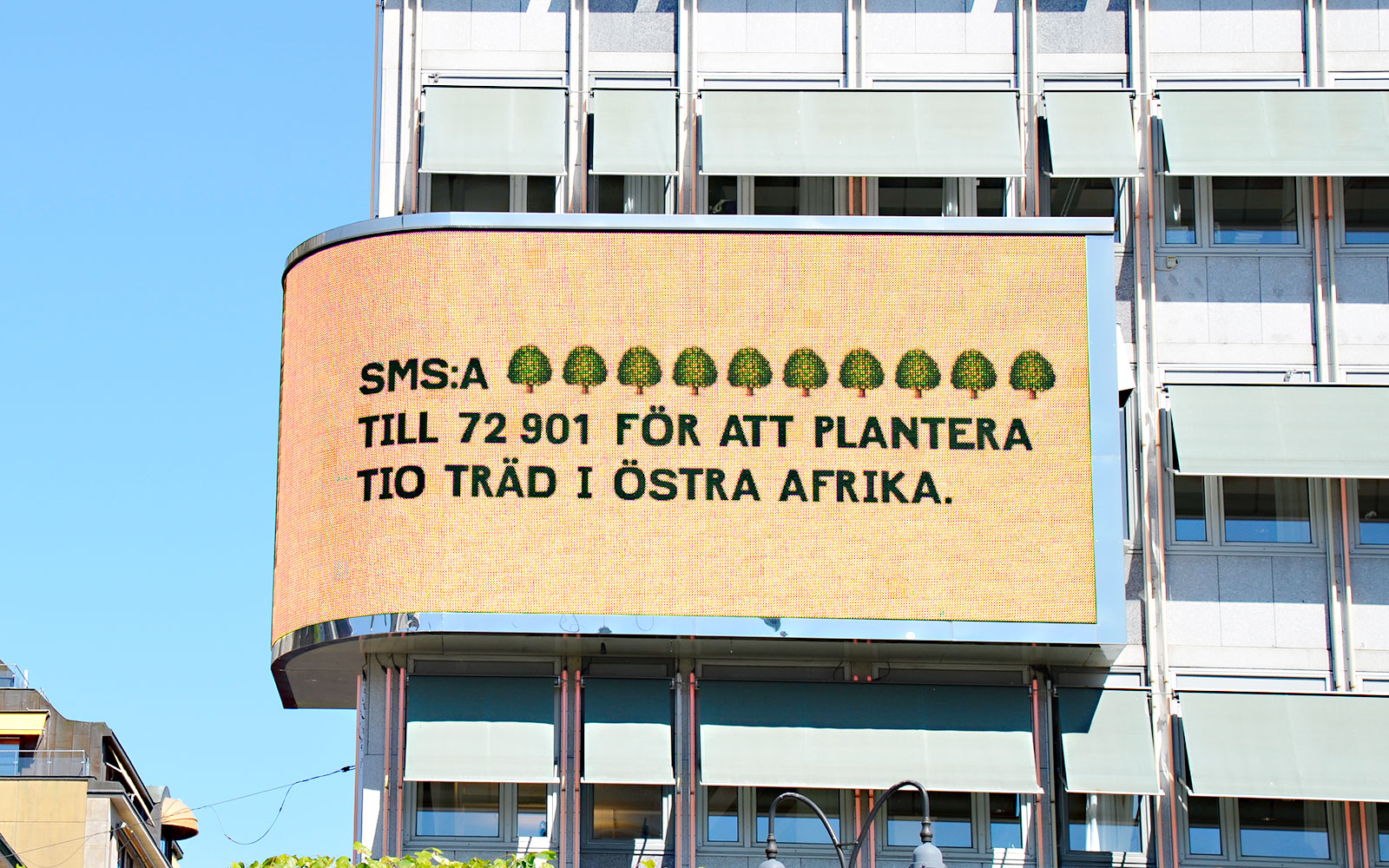