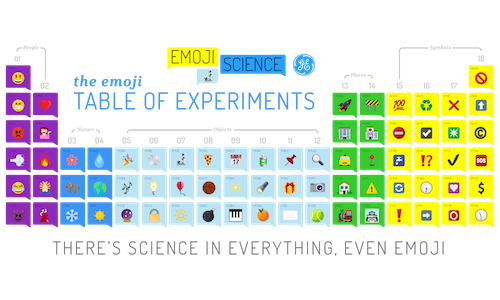 VaynerMedia's challenge was to build a social media program that simplified science subjects key to GE's technology innovation story, including the Industrial Internet, the Energy Mix, neuroscience and healthcare, lighting, and materials science. Our goal was to position GE as an accessible and relevant thought leader for millennials aspiring to change the world through science, technology, engineering and math (STEM).

Emoji had sporadically been used by marketers to humanize brands and add a layer of emotion to content, typically in a humorous way. Our Emoji Science program came to life when we saw the opportunity to leverage emoji in an interactive, informative, and educational format by using them to make challenging scientific concepts more accessible and entertaining to millennials.

In late 2014, Emoji Science was born with the Emoji Table of Experiments, an interactive Snapchat campaign amplified by a Bill Nye video that went organically viral on YouTube and was a top trend on Facebook.

In 2015, we built out the Emoji Science program into a year-long initiative by expanding it into a GE x Mashable Bill Nye video series, building an interactive Tumblr page, and partnering with the National Science Foundation to create downloadable Emoji Science Lesson Plans for teachers, all while creating engaging content with emoji across GE's Facebook, Twitter and Snapchat channels during pop culture moments, such as #WorldEmojiDay and May the 4th (Star Wars Day). During the Summer Solstice on June 21st, GE was one of the first brands to leverage Snapchat's Sponsored Geofilter product with an Emoji Science filter driving awareness of GE's commitment to renewable energy.

For Breast Cancer Awareness Month in October 2015, we created an Emoji Science for Awareness video to educate the public about the complexity of breast density, its implications for breast cancer detection and GE's new ABUS imaging technology. To demonstrate the difficulty of finding cancer in women with dense breasts, we hid emoji messages in Instagram & Twitter content, prompting our social media followers to decipher the gamified content to reveal information about breast density. GE's community managers proactively sent GE ABUS imaging technology locator links to women susceptible to breast cancer (age 40+) so they could find the nearest ABUS Scanning Facilities in their area.

Emoji Science content in 2015 achieved a 40% higher engagement rate than the average GE content posted on Facebook and Twitter throughout the year. VaynerMedia drove more than 3.5 million organic video views on the Bill Nye video series, generated GE's most replied tweet in account history during #WorldEmojiDay, and earned more than 35 million impressions across all Emoji Science social media content throughout 2015. The Emoji Science Snapchat Geofilter was used by over 4.8 million people totaling more than 63 million views. 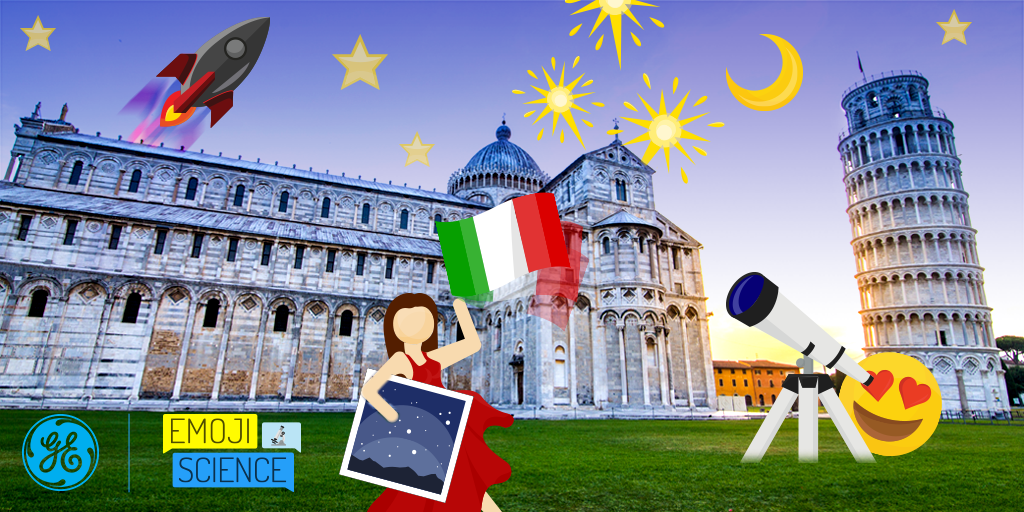 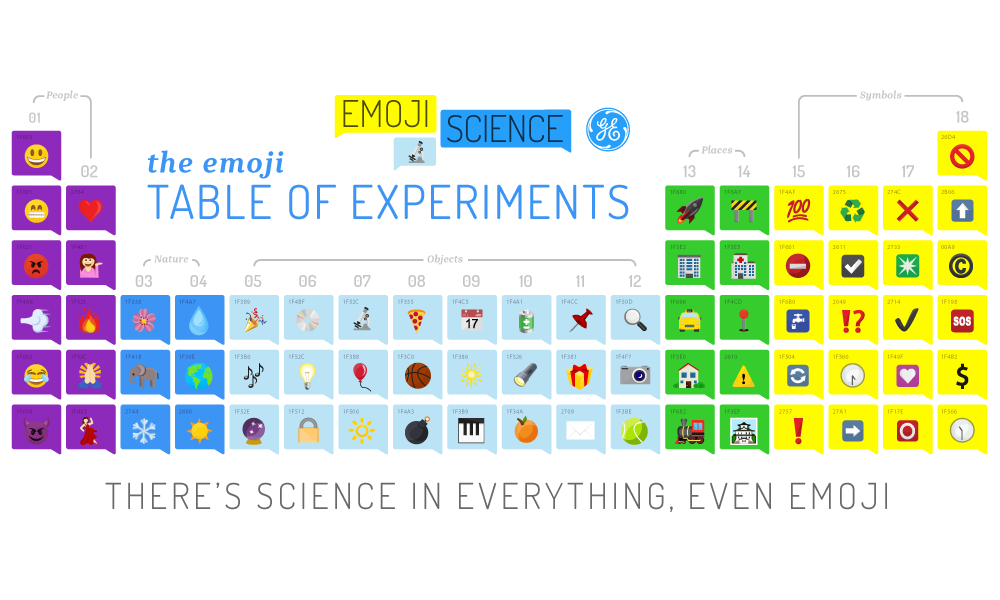 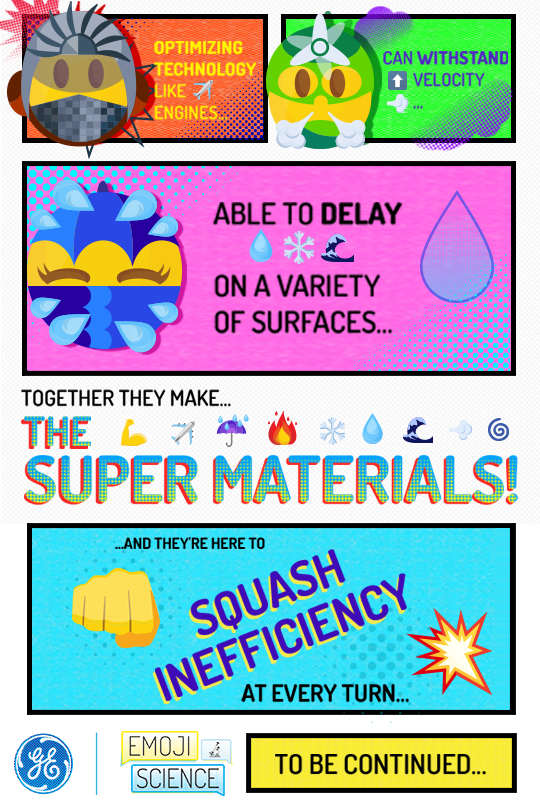 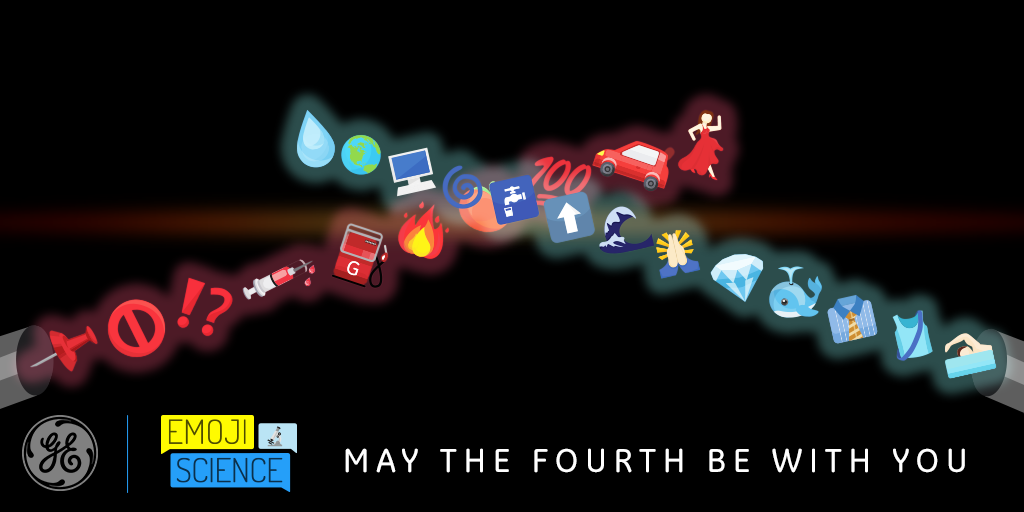