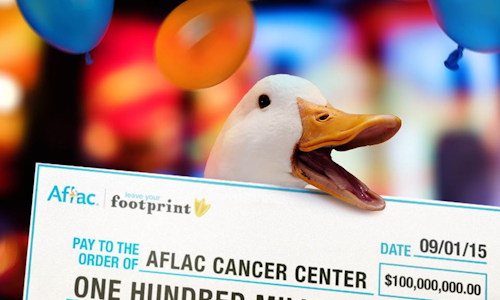 Duckprints: Making an Impact on the Fight Against Childhood Cancer

Aflac has been supporting the fight against childhood cancer for 20 years, in part through it's Duckprints campaign. Duckprints was designed to enhance Aflac's strong reputation by reinforcing the promise with customers, shareholders and employees that Aflac is a company that cares about community and social responsibility.

As Aflac's business is centered on taking care of families when they are most vulnerable, Duckprints unites Aflac's philanthropic efforts and business by positioning Aflac as the leader in the fight against childhood cancer.

This campaign was an effort to raise money for pediatric cancer research and treatment. The social arm of the initiative drove awareness and donations for childhood cancer centers with Aflac donating $2 for every mention of the #Duckprints hashtag in retweets and shares.

One of America's most beloved brand icons, the Aflac Duck, was used to front the majority of content to drive fans to engagement and utilize the campaign hashtag (#Duckprints). In return, for every social action, Aflac would donate $2 to the cause.

A continuous stream of Twitter content throughout the year encouraged use of the hashtag across social channels and drove awareness of the campaign. To keep that momentum going, Duckprints content was integrated into the messaging mix for the Duck's Twitter, @AflacDuck, and Corporate Twitter, @Aflac.

While the core message (tweet to donate) remained consistent, content was continuously refreshed to find the message that most resonated with the community.

The campaign peaked during Childhood Cancer Awareness Month in September, and was sustained through Thanksgiving and the end of the year.

During the holiday season, posts were created to drive sales of the holiday plush duck with 100% of net proceeds going to Duckprints.

Tweets were posted roughly once per week to ensure that the messaging didn't suffer from wear-out and was seamlessly woven into the evergreen content. A higher volume of content was posted during specific moments of the year when this message would resonate more with the Twitter community.

Ongoing events were promoted to the Twitter community to help illustrate the Duckprints effort and how Aflac provides it with continual support. For example, the Duck attended the Duckprints Award ceremony at Palmetto Health Children's Hospital in July and content was posted to his social channels to reflect his attendance and highlight the incredible work of the honorees.

Leading up to and during the holiday season, the Duck's social skins were updated to reflect the current holiday plush Duck, which for 2015 was an elf. Additionally, cross-channel promotion encouraged fans to purchase the plush ducks—which help raise money for children's cancer centers—either on the Duckprints website or at select Macy's stores. Fans were also encouraged to share pictures of their holiday duck collections, which we then reposted to the Duck's Facebook and Twitter.

An online game, "Duck Dash" was also developed to promote Duckprints during the winter/ holiday season, with an additional donation being made for every game played. This gave followers a fun and different way to help donate.

In addition, 2015 was the 20 year anniversary of Aflac's commitment to help eradicate childhood cancer. Articles and photos celebrating this event were shared with the community explaining how the initiative got it start, how much money has been raised and encouraging future donations.

Leading up to the announcement of the $100 million donation milestone, videos of Aflac agents sharing their personal experiences of working with the Aflac Cancer Center were shared on the Duck's social channels. These vignettes brought the audience a personal look into what the commitment to end childhood cancer means to the entire Aflac family.

The Duckprints campaign drove great social success, delivering an inspiring $995,477 in donations during the 20th anniversary year of Aflac's involvement in helping to combat childhood cancer.

Video for Duckprints: Making an Impact on the Fight Against Childhood Cancer 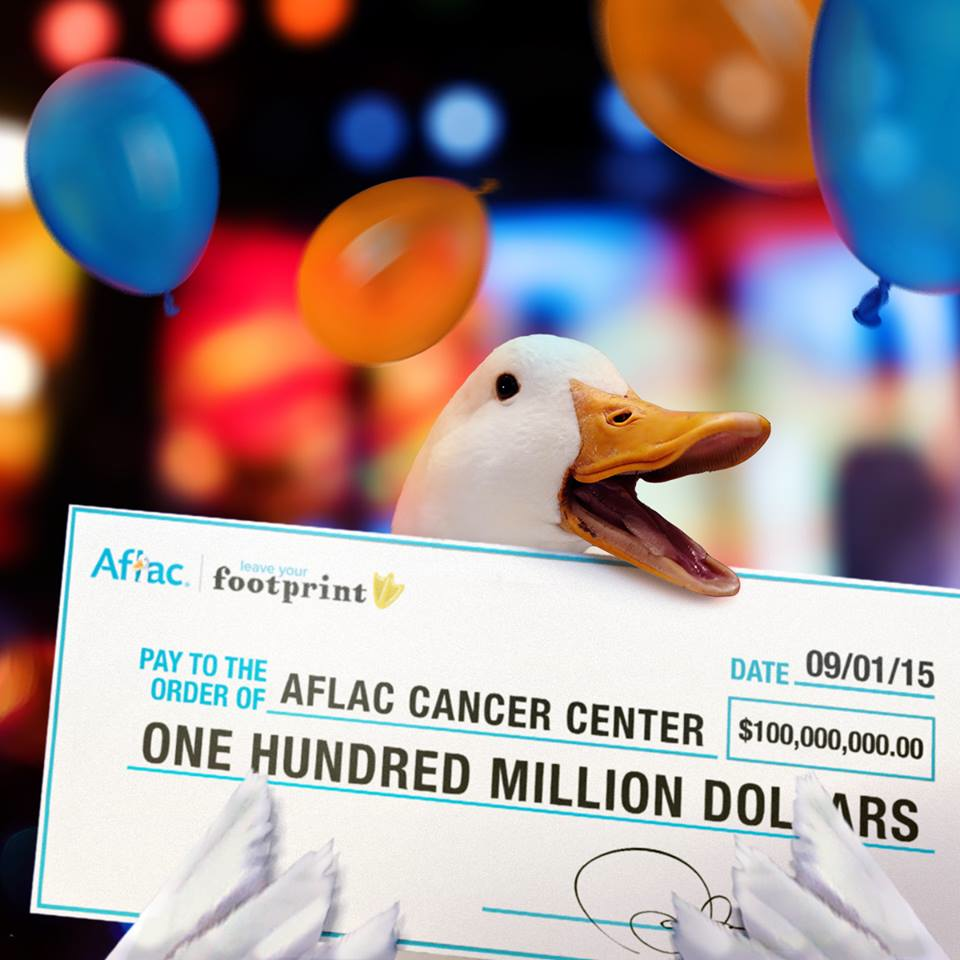