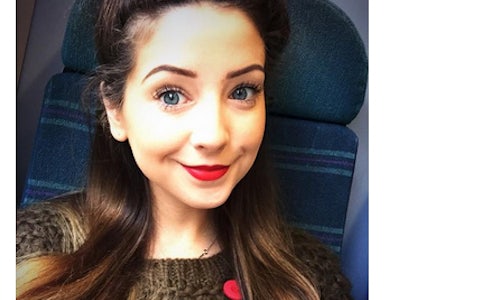 YouTube wanted to assert itself as the go-to online hub for high quality entertainment for both consumers and advertisers. The platform is home to vloggers (creators) whose own channels now have fan bases numbering in the millions, creating content which rewards and excites. They often shape the social media landscape around them. As such, we were asked to create and implement a social strategy that would run alongside TV, press and online activity to increase awareness of YouTube's top creators and activate the collective power of their fans to reach new audiences.

Set against a competitive on-demand video content landscape we needed to create a campaign that would promote the best content on YouTube, as well as demonstrate the opportunity for people to become content creators and for brands to harness these channels to reach their audiences.

To do this we selected YouTube influencer and fashion and beauty vlogger Zoella to raise awareness of her profile with both consumers and advertisers, and attract new viewers and fans to her YouTube channel. Our social objective was to activate the collective power of fans and creators in real-time, using that momentum to reach new audiences.

So, we worked with both Zoella and MIND to develop a video to launch the #DontPanicButton campaign on World Mental Health Day. Zoella recorded her vlog, highlighting how important the issue of anxiety was to her, and in it asked fans to express their solidarity for those affected by anxiety and panic attacks by wearing their own Don't Panic red button. She also highlighted the campaign via Twitter.

#DontPanicButton generated huge social reach in the same week as Zoella's TV advert during X-Factor enhancing and building on the ad's reach. The launch video was almost three times more liked than those of comparable length, and launch video viewers were twice as likely to comment on #DontPanicButton launch video than similar Zoella content, showing the impact of the campaign on Zoella's large subscriber base.

#DontPanicButton had a potential social reach of 140 million people. It generated over 1.5 million interactions through vlog views, and likes, shares, and conversations / mentions on social channels. 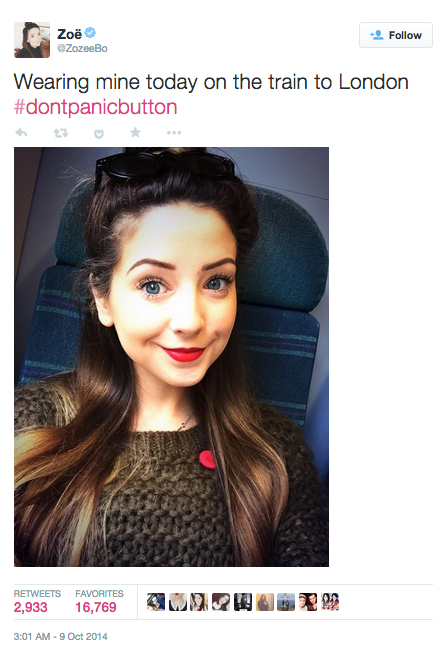