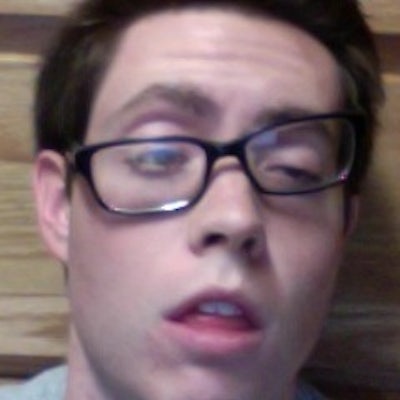 Cole Hersch is known for his weird Vines, both from his personal account and from his character Cornib Bleau. Cornib is a wildly out of touch internet personality whose bedroom is decorated with a single poster for the movie The Notebook. He records intimate moments and intentional bloopers and can’t seem to pronounce his own name, let alone get the punchline to any of his own jokes. He traffics in intentionally bad impressions (Barack Obama), short sketches, and reposts of odd things he finds funny across the internet. In 2015, Cole launched The Cornib Bleau Show on YouTube, where he awkwardly interviews other internet celebrities.