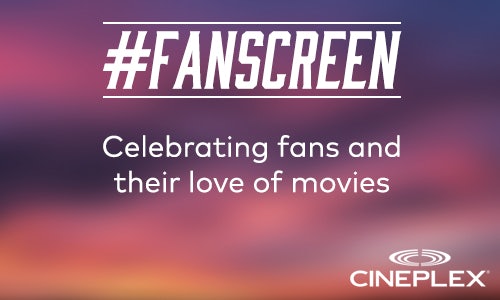 Cineplex set out to capture ownable whitespace in the social conversation around film in order to develop and nurture the passion for movies and create deeper and more meaningful engagement with their audience.

The key objectives are to:

- Develop a comprehensive strategy that includes engaging content, UGC, Influencers and strategic paid campaigns that can be tailored for a multitude of different titles

As Canada's largest chain of movie theatres, it's really important to our business that Canadians are aware and passionate about new movies coming out. To do that, social media is one of our best channels. We all know social media chatter can make or break a film. So we set out to find a unique way for us to be part of the conversation during the time when we could have the biggest influence on getting people excited and into the theatres.

After lots of research, we found that in the weeks and months leading up to a movie's opening in theatres, there's a lot of online buzz - most of it driven by news and trailer releases. But once a movie is released, studios and media tend to move on to the next title.

And that's exactly where we found opportunity!

Cineplex recognized that the first two weeks after the movie is released is when fans are most engaged and want to share their experiences and movie moments. So we developed a powerful strategy to capitalize on that post-opening conversation.

Last May, we launched FanScreen - a strategy that focuses on the emotional and personal connections fans have to the movie they just watched, which then helps those fans become influencers to other movie lovers.

At Cineplex, the voice of the fan is central to who we are and what we do. FanScreen empowers the fan conversation about all things movies by placing the movie fan at the centre of the discussion, while celebrating and rewarding their passion and creativity.

FanScreen has three components that drive engagement and allow for fan-generated content in the way of videos, photos and text:

2. We engage FanScreen Influencers to create their own responses to the Calls-to-Create and encourage their fans/followers to do the same.

3. And we have our FanScreen booth in theatre, which captures videos and photos of fans' reactions right after seeing the movie.

We encourage fans to include "hashtag" FanScreen in their posts along with the hashtag used for the film. Posts are boosted for greater reach and swag giveaways encourage more fans to participate.

Then, once a film is available in our online Cineplex Store, we revive the fan-generated content created when the movie was playing in the theatre, to get people excited about watching it at home.

As well, the FanScreen concept of engaging fans around movies extends to non-film specific campaigns, like what we launched during the holidays, asking people to share their favourite movie memories and with whom they want to share a movie with in 2016.

As a result of our FanScreen strategy and efforts:

- Cineplex mentions on social are 168% above goal

- FanScreen mentions have grown 177% since launch 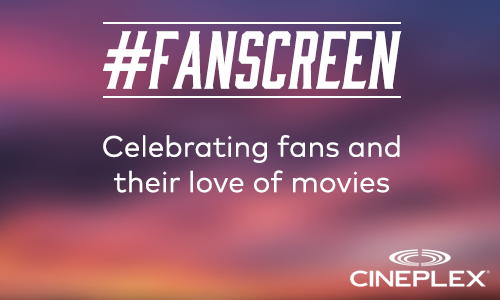