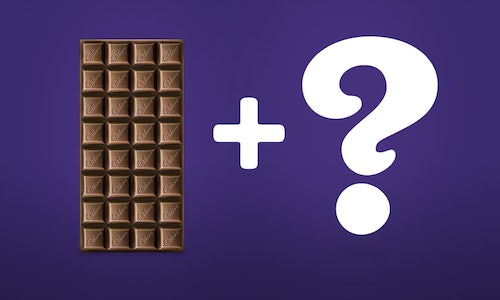 Cadbury wanted to launch a new flavour of chocolate. A flavour so out-there—so FAR out-there, it was guaranteed to get all of Australia talking. They needed to make customers daring again and put exploration of new flavours back on their agenda. To make it a reality, they partnered with us.

What's the weirdest thing to pair with chocolate?

Through Cadbury Australia's Facebook page, which has over 600,000 fans alone, we sparked a truly national flavour conversation. From there, we got all of Australia thinking about bold new flavours.

We called the campaign ChocPlusWhat?

We took it further. Knowing the internet's love of remixing content, we set out easily adaptable ChocPlusWhat? flavour memes for our fans to display their crazy flavour combos with. Suddenly, Australian Facebook feeds were dominated by remixed flavour memes championing the deliciousness of chocolate plus broccoli, spaghetti, bacon, sushi, and much more. By this point, the campaign was already so successful that other brands jumped on the bandwagon, adapting flavour memes to include their own products and leverage off the success of our campaign.

Naturally, a conversation about fearlessly exploring flavours needed an audacious new flavour to explore. That's when we announced Cadbury Dairy Milk chocolate with Vegemite. Social media instantly blew up. On Facebook and Twitter, flavour memes had ramped up to dizzying levels. On Youtube, people filmed themselves tasting the block and their reactions. Love it or hate it, everyone was talking about the outrageous new flavour hitting shelves.

It wasn't just social media anymore. From breakfast news to primetime talk shows, and radio to tabloids, Vegemite chocolate was on everyone's lips in more ways than one. Australian media was awash with tastings and reactions to the unbelievable new flavour.

Vegemite Dairy Milk chocolate sold out much earlier than expected and claimed the title of Cadbury's top selling block, outselling classic Dairy Milk. With the focus on flavour exploration, we saw sales grow by 12% across the whole portfolio. Our social media presence experienced an explosion of 10x the normal engagement rate and delivered 767,000 campaign impressions, and that's just on channels we own. Over the campaign, the flavour conversation exploded with thousands of flavour memes and Vegemite reactions seen across the web.

Most importantly, we established Cadbury as a truly daring brand that loves to surprise its fans and got people talking about flavours like never before. 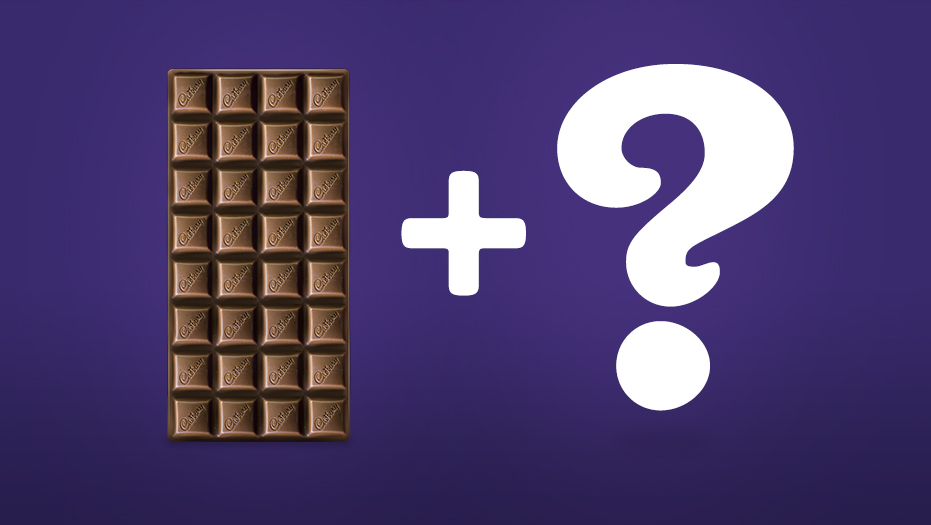 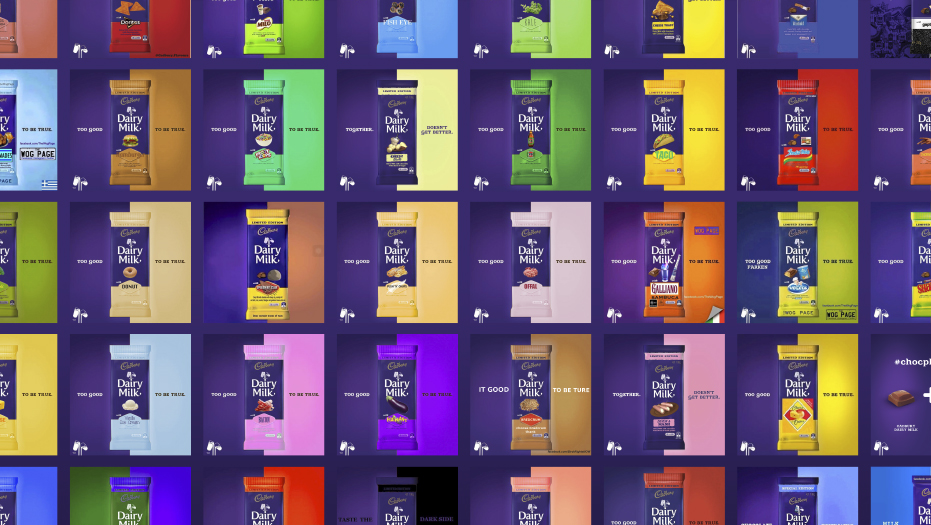 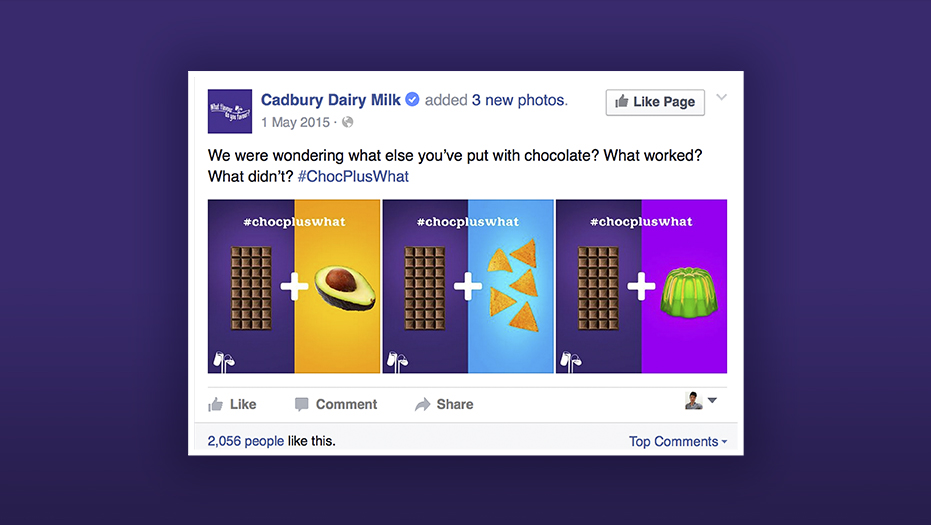 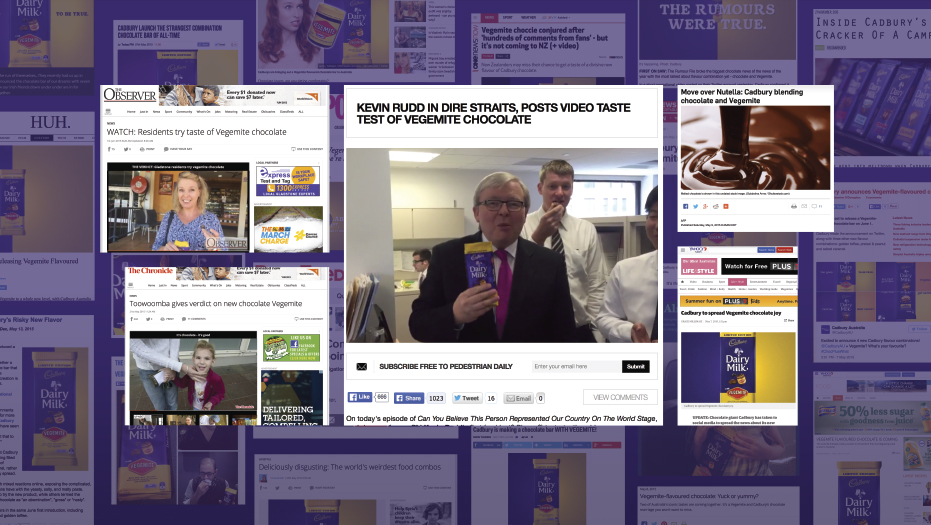 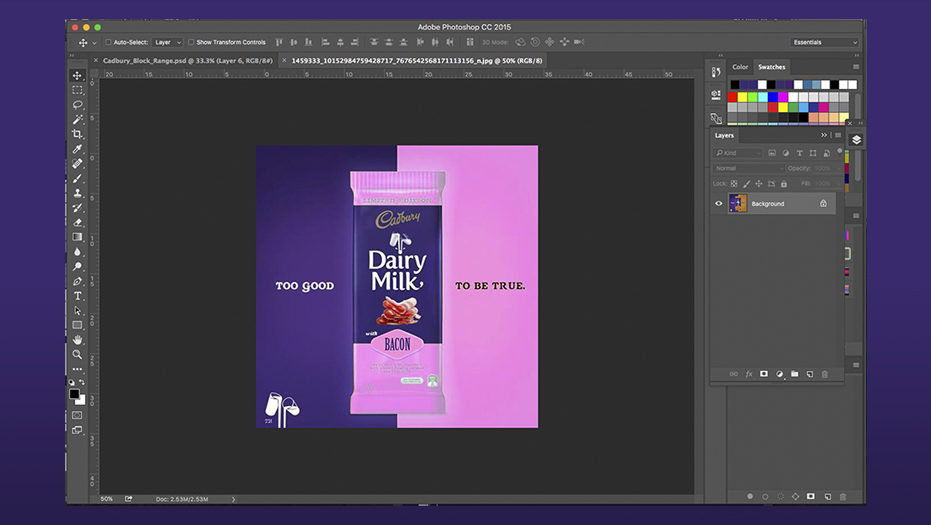