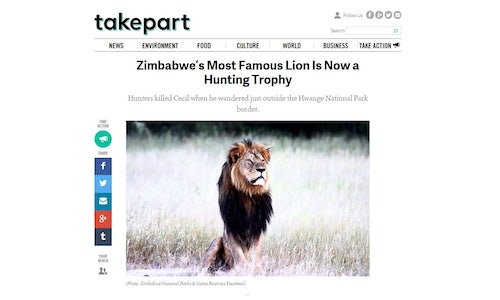 Sparked by the internet's outraged response to the poaching death of Cecil the Lion, TakePart.com quickly launched a strategic campaign to funnel the upheaval into measurable change. As #CecilTheLion ripped through the headlines, TakePart channelled the public's interest in Cecil into awareness around the issue of big game hunting, and generated massive engagement and action in support of Cecil and animals everywhere.

Unlike other media outlets that simply covered the story, TakePart partnered with Endangered Species Coalition (ESC), and used the patent-pending TakePart Action Platform (TAP) to provide the extremely emotionally engaged audience the opportunity to take action in real time by hosting a petition calling on the US Fish and Wildlife Service to ban the importation of lion carcasses ('trophies') back into this country.

As the dramatic story unfolded, TakePart continued to focus its coverage on the issue of poaching, and not toward the hunter who killed the lion, all while including the petition in the content for those readers inspired to take action. The site was one of the first to report Delta Air Lines' decision to ban the transport of big game trophies on their flights, which was also disseminated as breaking news on social media. All of these news items, ways to take action and updates were posted across TakePart's social profiles including Facebook, Twitter, Instagram and more. To date, the petition has garnered more than 67,000 unique signatures and the ESC, along with a coalition of other NGOs, delivered the names directly to the USFWS at the end of October 2015. This level of public outcry, channelled through a reputable platform like TakePart and coupled with a leading NGO, will potentially affect public policy, thus giving readers the power to do more with the news they read: they can actually affect change.

The Internet's reaction to #CecilTheLion's death was mostly ugly and hate-filled. Through timely and engaging social posts, a consistent stream of updates and a specific focus on the issue, TakePart drove real action and impact. Our readers will never forget #CecilTheLion, and are focused on ensuring there will be #NoMoreCecils.

-The campaign inspired over 67,000 individuals to sign Endangered Species Coalition's petition to call for an end to the loophole that allows hunters to import their hunting 'trophy' back to the U.S. 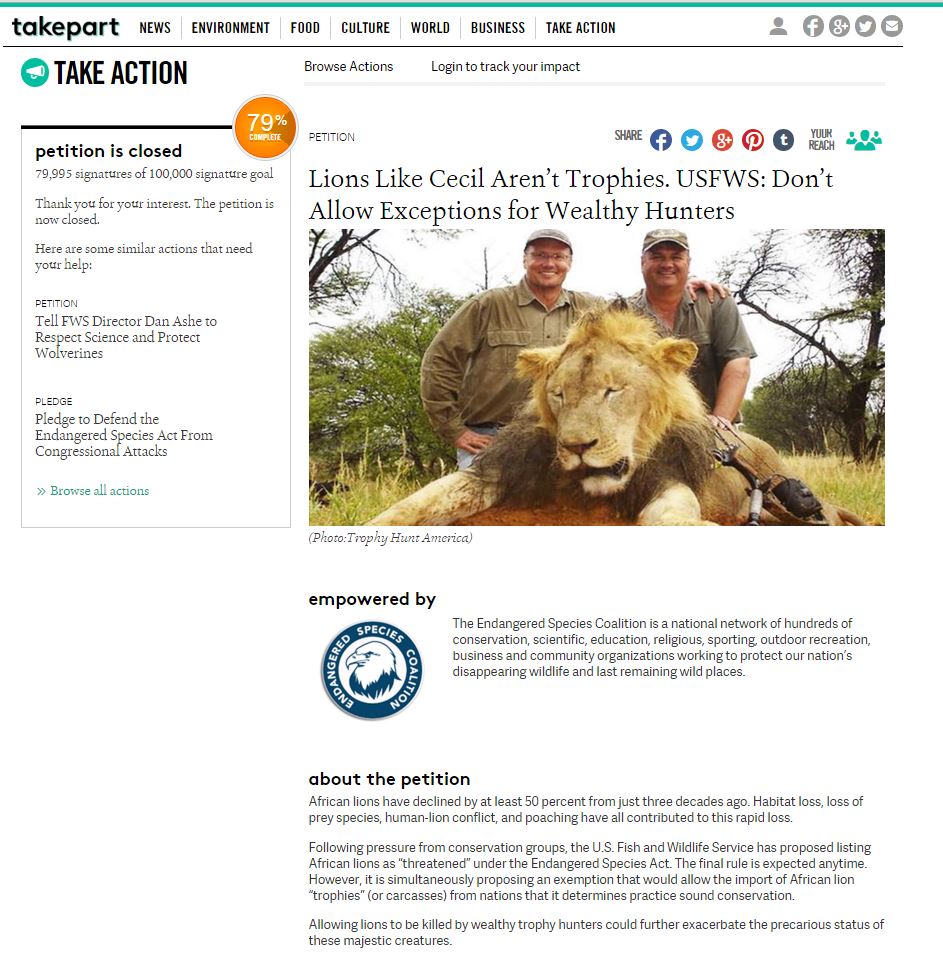 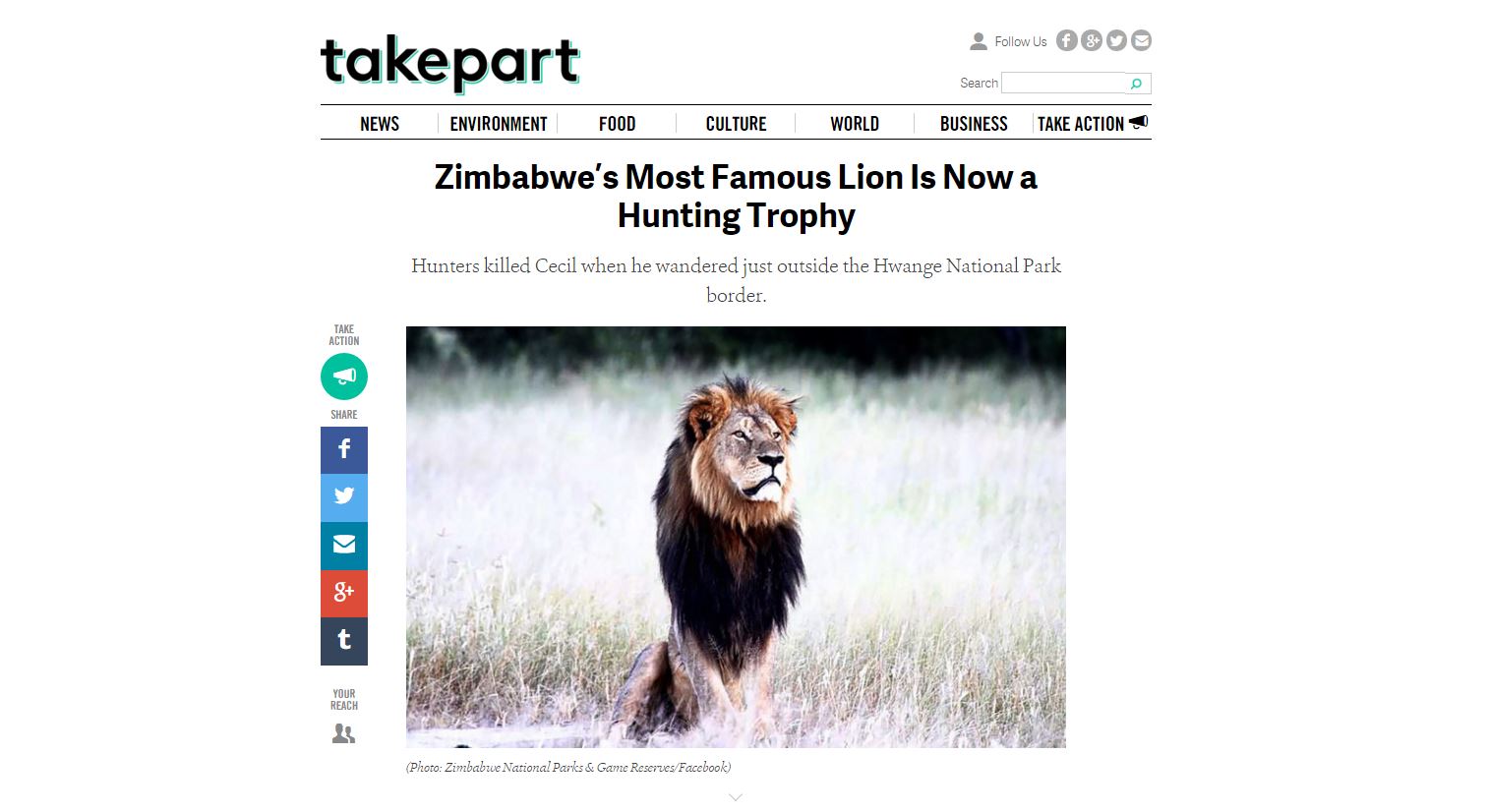 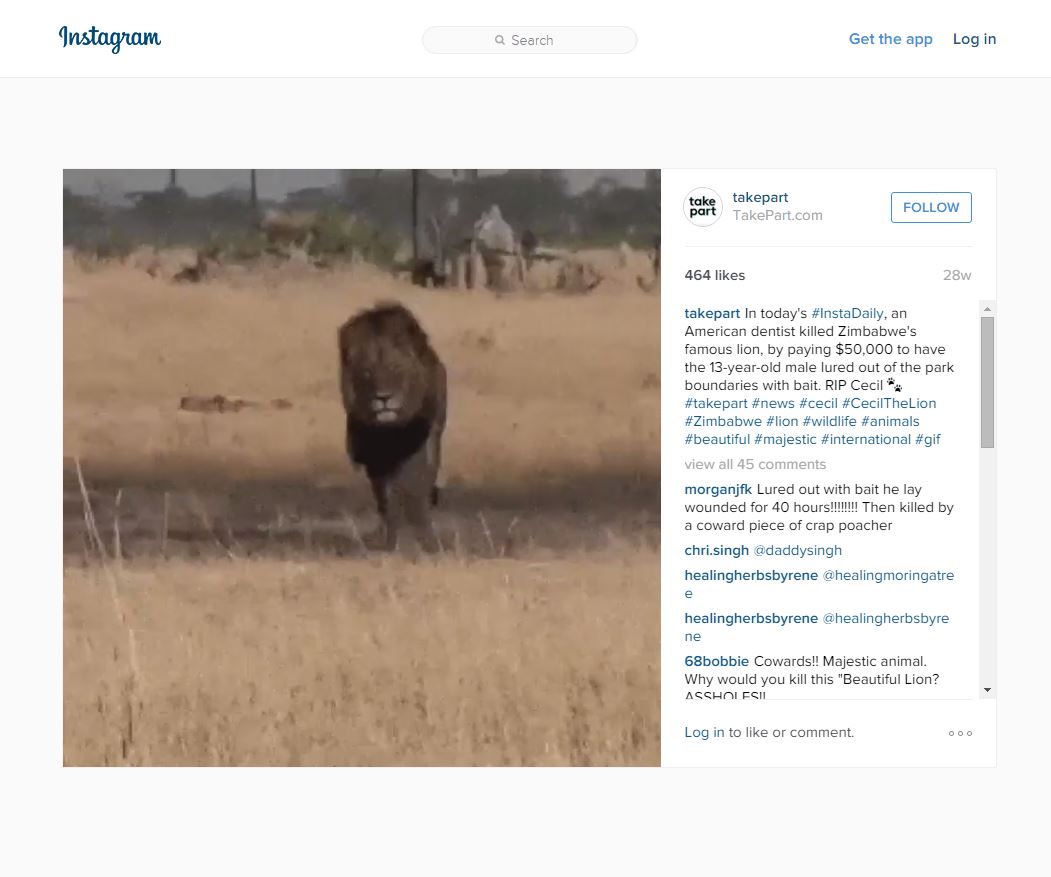 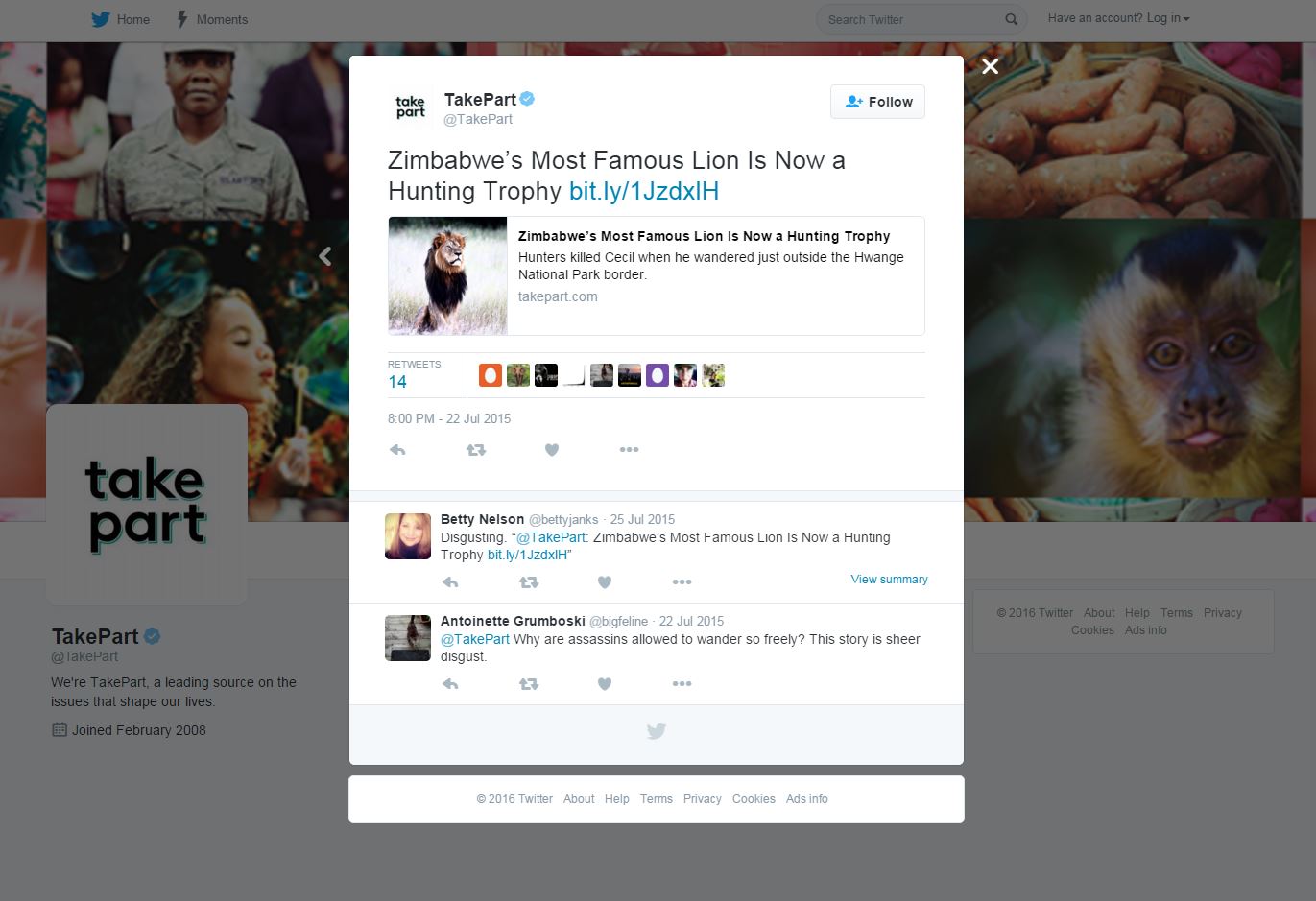