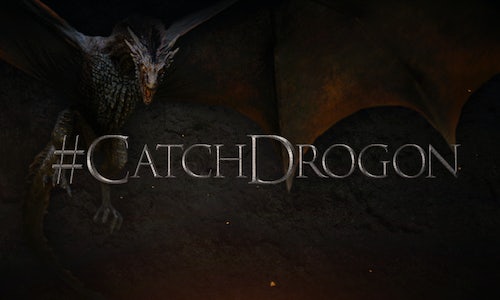 After four seasons of record-breaking social media engagement, HBO's 'Game of Thrones' needed to rally the realm and generate unprecedented excitement once again for the Season 5 premiere.

With Daenerys Targaryen's most fierce dragon – Drogon – having gone missing toward the end of Season 4, HBO and 360i set out galvanize 'Game of Thrones' loyal fan base of over 17 million strong with an interactive, cross-platform social game that would lead fans into the unknown and mythical world of dragons.

We gamified Twitter with a worldwide social dragon hunt for the most ferocious and elusive beast in the known world, rallying the realm to help us locate him.

On premiere day, we enlisted the help of 'Game of Thrones' fans to #CatchDrogon. Fans lured Drogon to their Twitter pages by posting bait, waiting for him to appear, and quickly retweeting to catch him before we deleted the tweet and he "flew away." To help in the quest, we launched a digital Giphy Bait Shop where fans could choose bait to lure in Drogon, or use their own original creations to try to snare the dragon.

Fans that were lucky enough to capture Drogon were surprised with unique content and, in some cases, physical prizes.


We supported the game with cross-platform promotions on Facebook and Instagram, and encouraged fans to team up for the catch.

Within the first two hours of launch, #CatchDrogon trended on Twitter and Facebook, where it remained for the entire day. Influencers such as Clay Rodery, celebrities including Grumpy Cat, brands like Arby's, and HBO talent like Iwan Rheon (Ramsey Bolton) and the 'Silicon Valley' cast, joined the hunt.

In just one day, the social game generated over over 74,000 tweets worldwide, 6.6 million total interactions and 1 billion total impressions, surpassing all of HBO's social benchmarks to-date.

Most importantly, the effort drew more than 1.16 million new viewers to the show – making the Season 5 premiere the most watched in the series' history, with a 20% increase in viewers year-over-year.


Where in 7 kingdoms is Drogon? He's taking some vacation hours in LA with me. #CatchDrogon #GameOfThrones pic.twitter.com/zCpyW4B0vN
— Elizabeth Banks (@ElizabethBanks) April 12, 2015 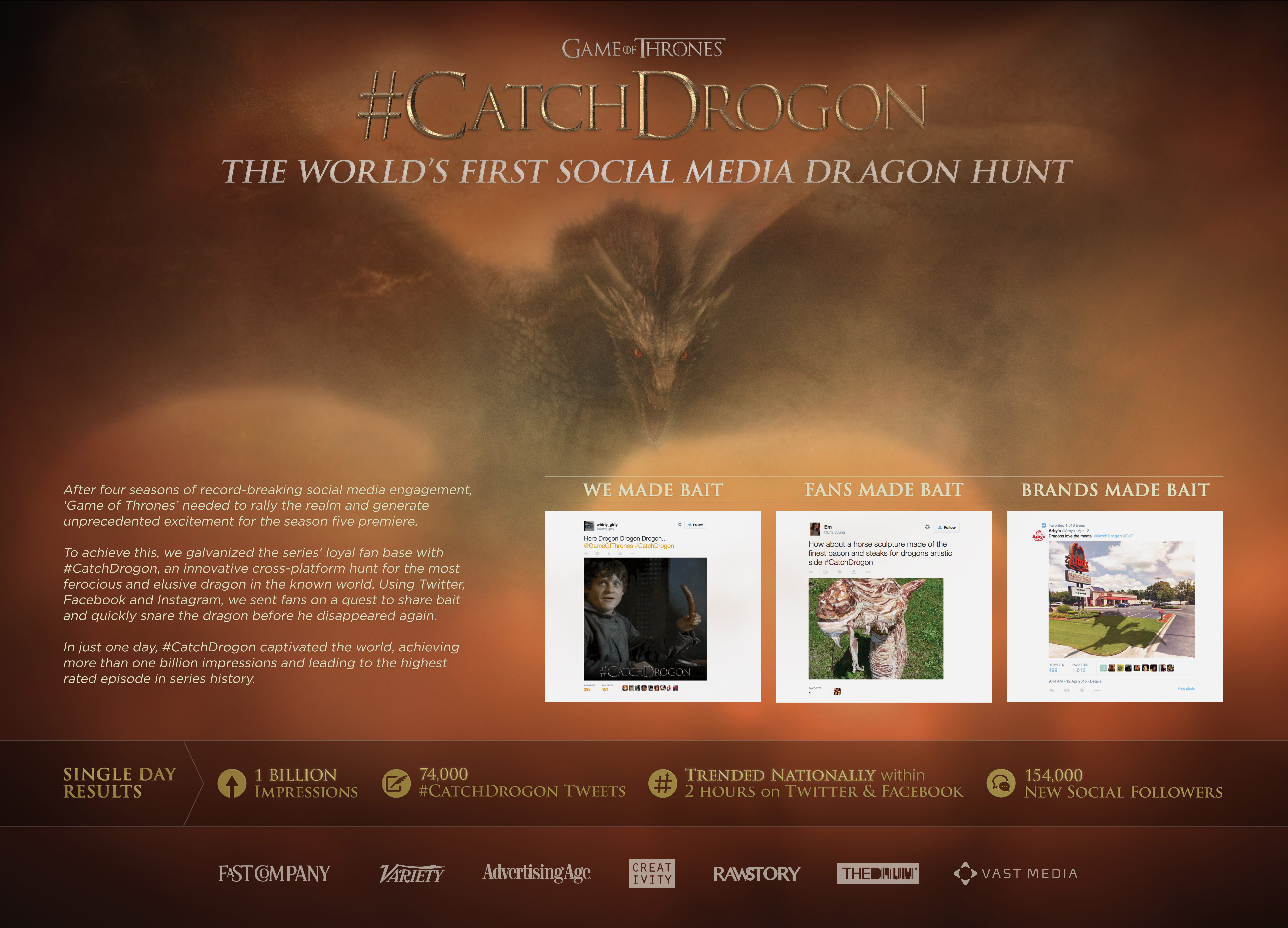 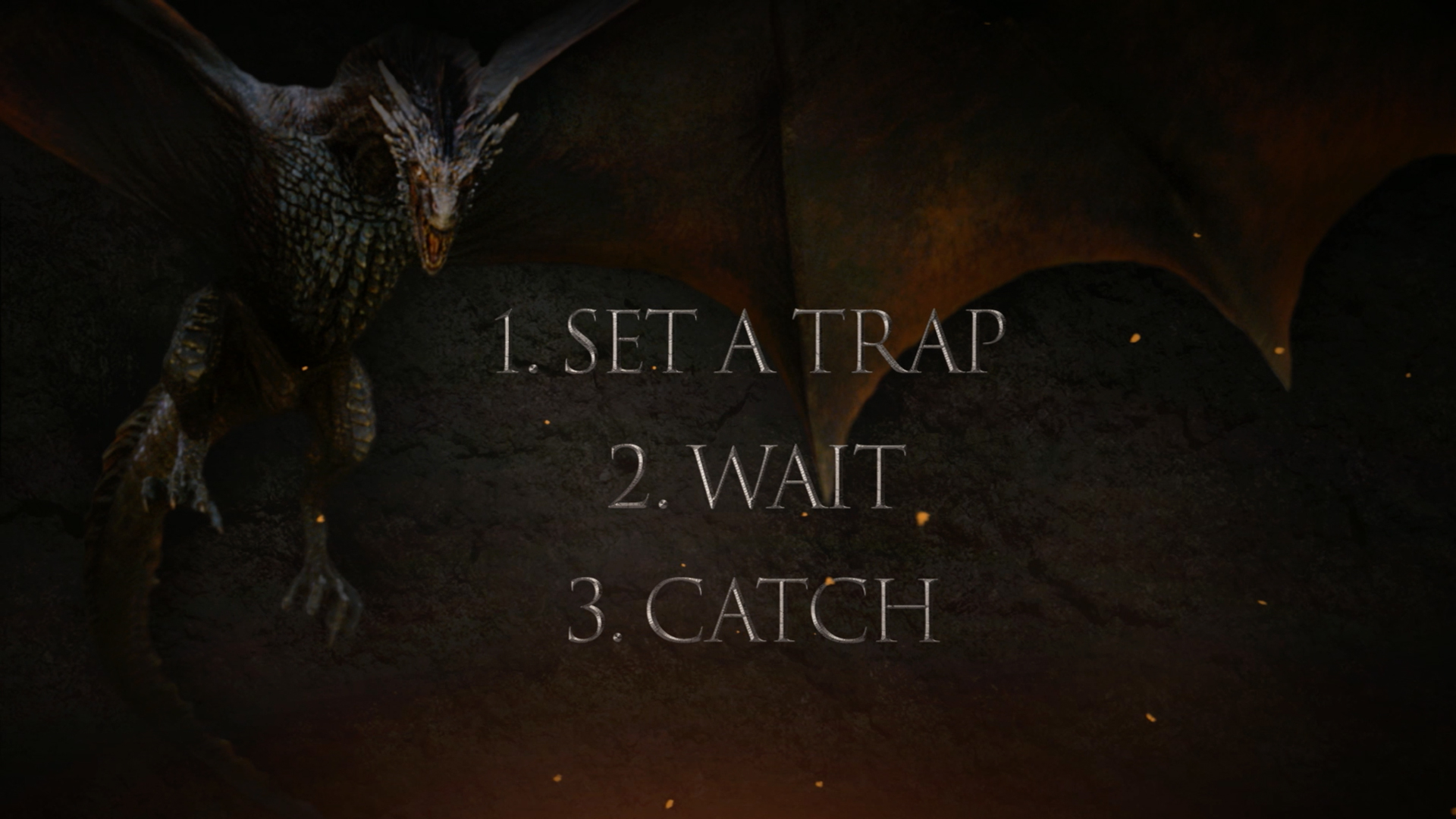 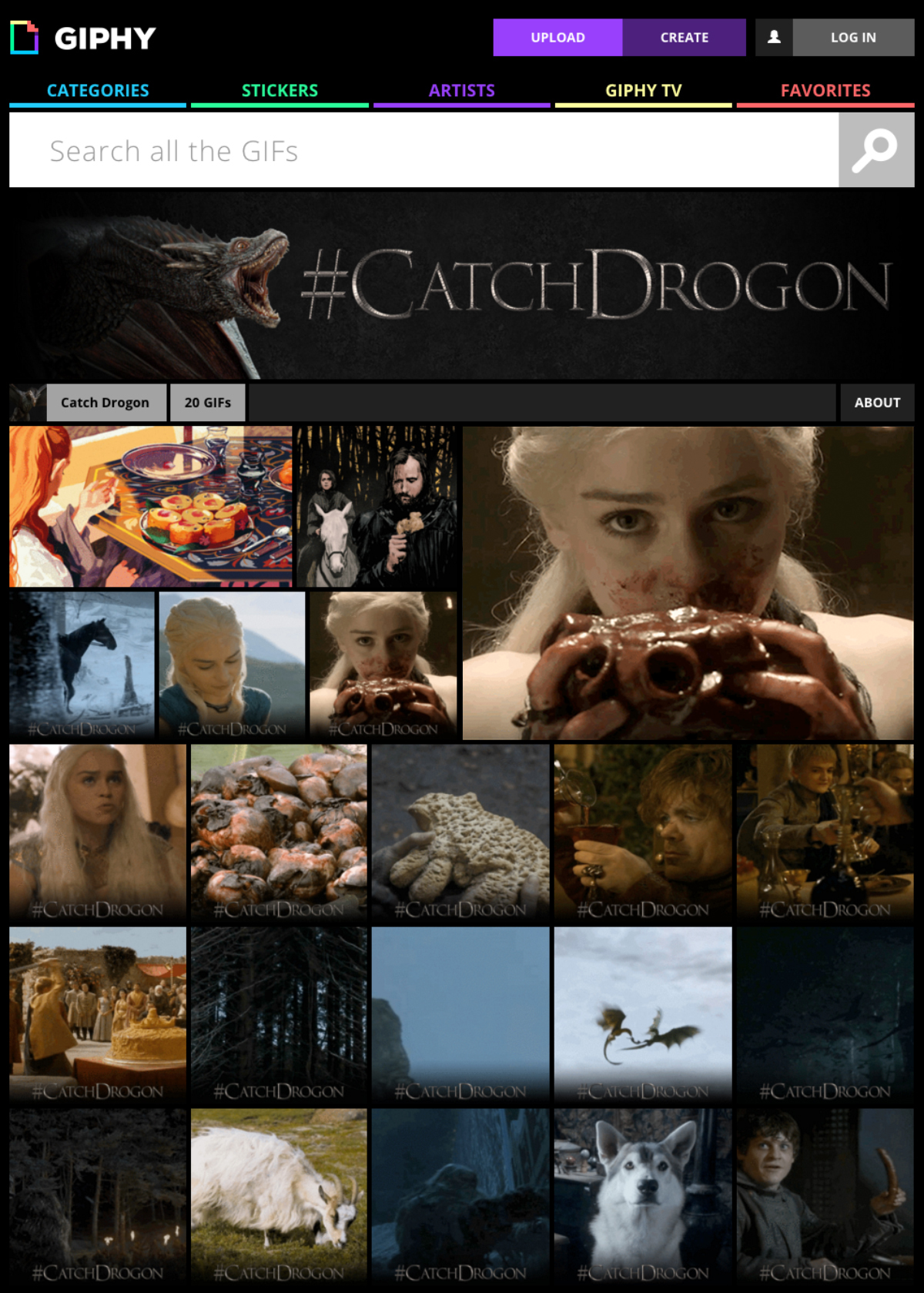 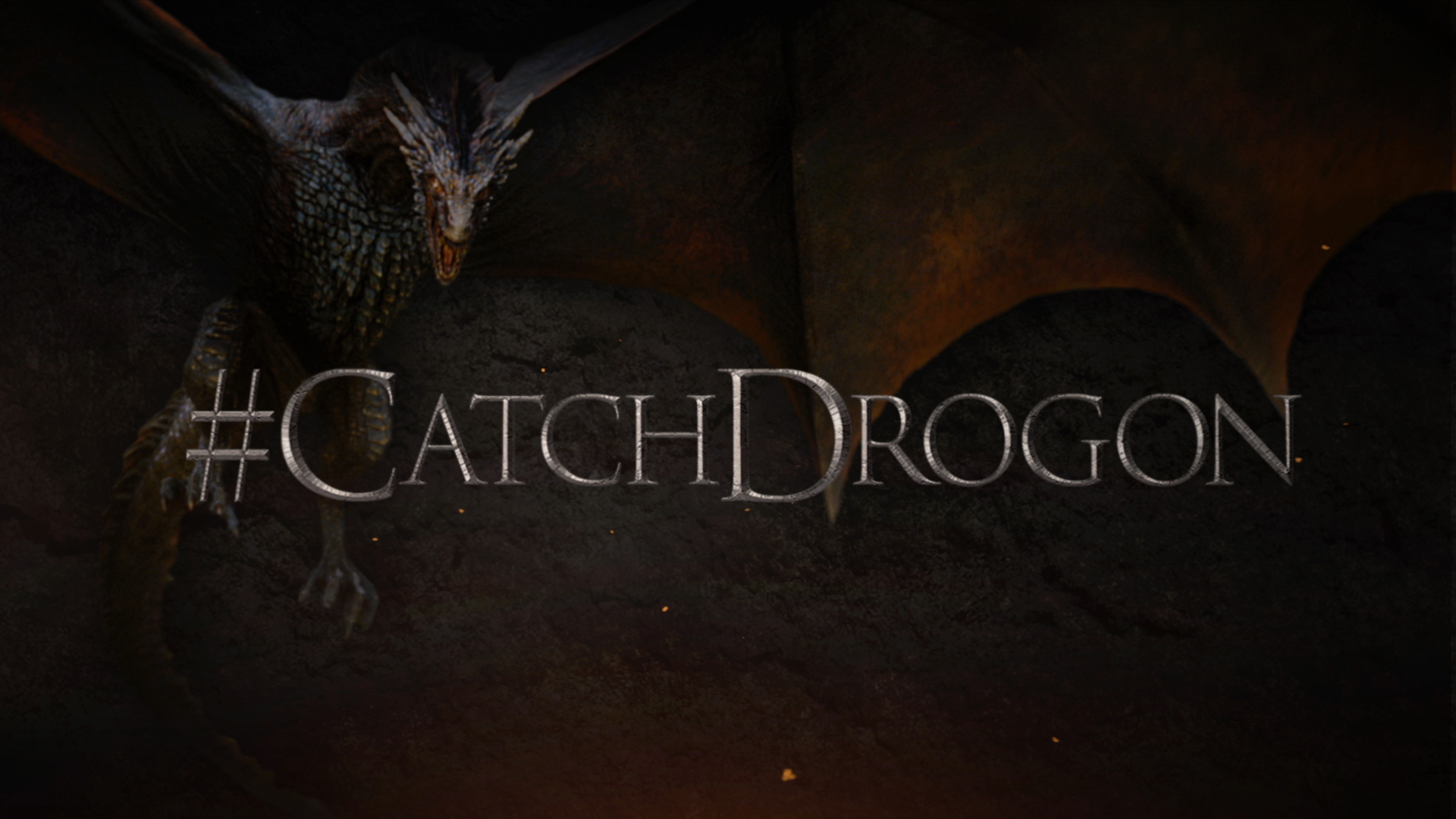