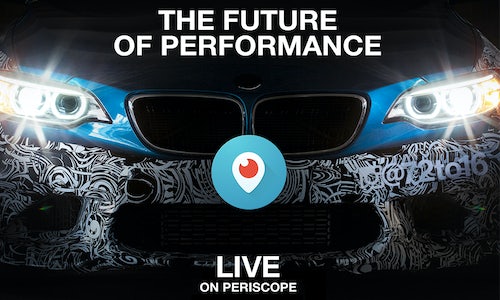 The M2 is the most anticipated "driver's car" of the year for BMW's greatest fans. Interested drivers will look to this latest entry as an indication of future BMW M vehicles. Our objective was to use social channels to position the first-ever BMW M2 as proof that BMW still builds the Ultimate Driving Machine—cars that live up to the lofty expectations of driving enthusiasts.

What's the best way to launch a car for enthusiasts who have been waiting years and live online? For the first-ever BMW M2, it was a live reveal on Periscope and a chance to drive it before anyone else. This would generate conversation amongst enthusiasts through a unique social experience, so they would be the ones breaking the story first.

A six-camera setup on Periscope showcased the M2's design and performance as it raced around the track for more than 10 minutes at the BMW Performance Driving Center in Spartanburg, SC.

One day prior to the launch, a teaser posted on BMW's social channels featured a hidden Instagram handle in the car's camouflage. Those who spotted it were led to a contest spanning multiple Instagram handles, with a chance win a day on the track before the M2 goes on sale.

This was the first-ever Periscope automotive launch outside of an auto show and the first time multiple cameras were used in the industry. The numbers proved success from the enthusiast base:

2addicts.com, an enthusiast site, said, "That live event was fantastic, what a great way to see the car the first day in action. The design looks great, I am very excited for the M2."

Another fan blog, oppositelock.kinja.com loved the approach saying, "The idea of going straight to the track was great. There were no long tutorials on the M2's features, just immediate speed and even tire smoking."

And Twitter claimed "without a shadow of a doubt that this is the best Auto product reveal we have seen on Periscope." 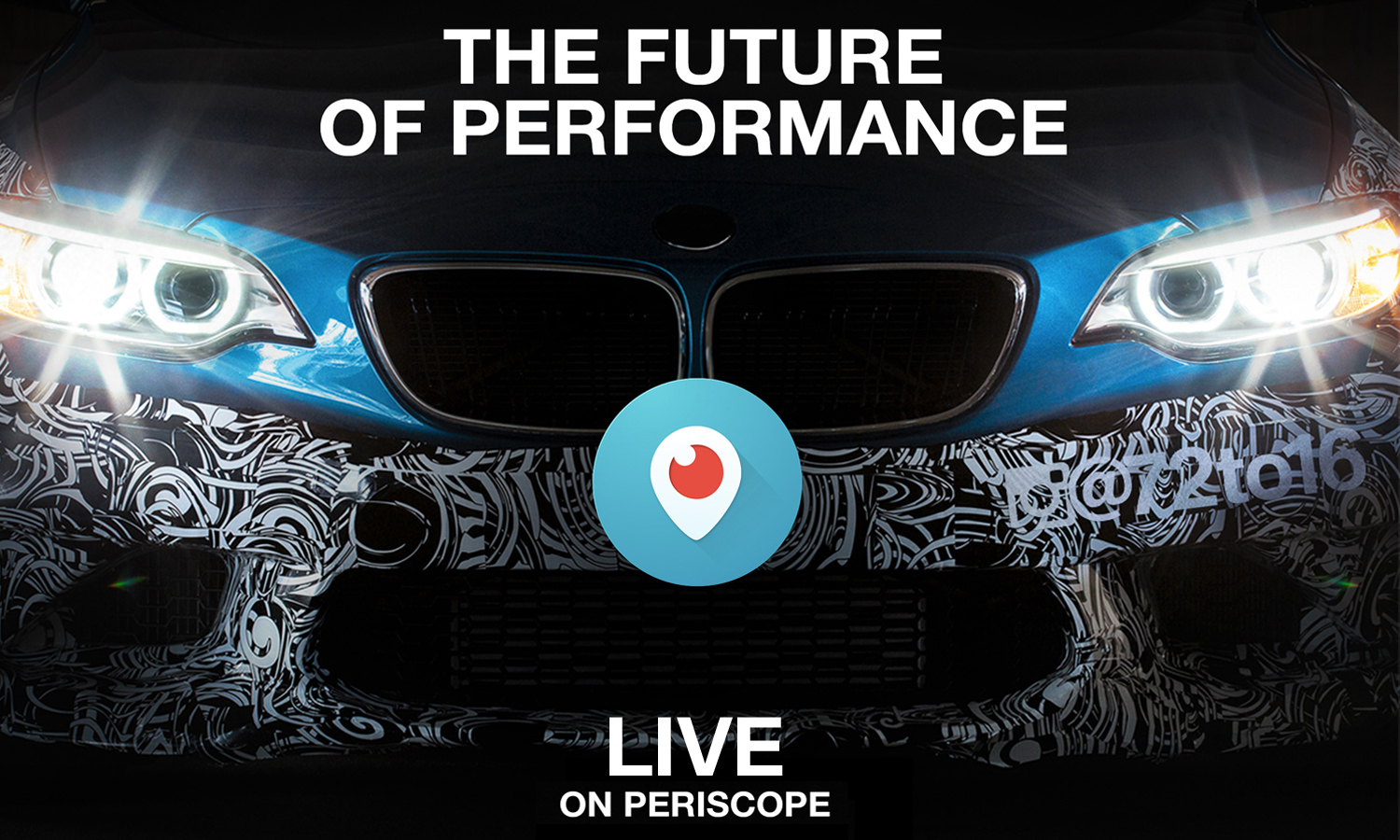