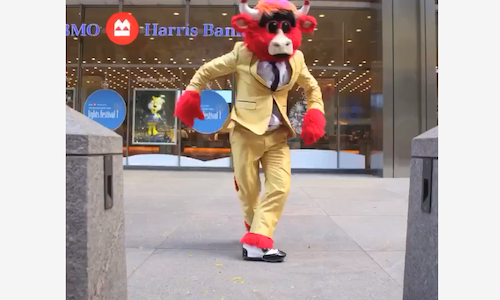 Entering the 2015-16 season, the Chicago Bulls wanted to expand the relationship with the partner BMO Harris Bank through a unique, content-driven short video series that would deepen the connection between the Bulls and Bulls fans. Research has shown that fans are more engaged on shorter video clips as opposed to clips over: 30 seconds. With more than 22 million followers on social media, the Bulls are always looking to expand their digital presence and bring the Bulls brand and game experience to their followers around the world. The Bulls' use of Vine is part of the team's innovative digital strategy to engage fans and seamlessly integrate corporate partners. Vine has been the perfect platform to build that relationship with BMO Harris Bank and also to produce video content that has been successful and captivating to our fans.

The series concept "BMOVineaBulls" is a fun, light-hearted video shot in stop-animation style creating beautiful visual art that brings moments to life. While most NBA teams have used Vine for game highlights (the Bulls included), this content series focuses on a more creative format, featuring the team, arena, entertainers and fans in stop-motion videos that surprise and entertain social audiences. The Bulls are the only NBA team using stop motion video in this way. Moments have included: Opening night and key games. BMO has been represented with subtle brand integration in all of the posts.

Earlier this season, the Bulls debuted a new Vine video series presented by BMO Harris Bank, #BMOVineaBulls (https://vine.co/tags/BMOVineaBulls). Throughout the season, the team will release 10 Vines tied to relevant moments, including each of the team's six "Decade Nights" presented by BMO Harris in celebration of the team's 50th season. Each Vine provides a creative look at the Bulls organization, including the team, arena, entertainers and fans.

Since the Vines were introduced at the start of the season, they have emerged as some of the team's most unique and best performing digital content. The Bulls are using Vine technology in a unique way and are the only NBA team that is using stop motion technology.

The most recent Vine, in honor of the team's 80s Night, was the team's best performing piece of sponsored digital content this season. The Vine was posted on Twitter, Vine, Facebook and Instagram and was successful, performing comparably (and in some cases outperforming) game highlights. The video was so popular that Vine themselves (17 million followers) re-shared it.

Prior to this season, the Bulls' Digital team wanted to find a way to use the Vine platform more creatively, given its popularity with younger fans. The team has a large Vine audience (more than 235,000 current followers), among the top three of NBA teams. The team had typically used the platform for in-game highlights, but wanted to maximize the platform to create unique content. Long-time team sponsor BMO Harris Bank was looking to do something new and different with the team using emerging technology as they renewed their partnership. BMO Harris Bank's involvement allowed the creative concept to come to life.

The team enlisted the help of Travis Rime Brooks, a stop motion expert and local "Vineographer" recommended by Vine. Each Vine has been stop motion, with still photographs expertly put together to look like a moving video. Though each Vine is only six seconds, the production of each video can take hours, or even days, and each movement needs to be incredibly precise.

The series has made a big impact on the platform's mostly-Millennial audience, with the most recent Vine in the series hitting more than 937,000 loops. It has also emerged as some of the team's most unique and top-performing content across all social channels. 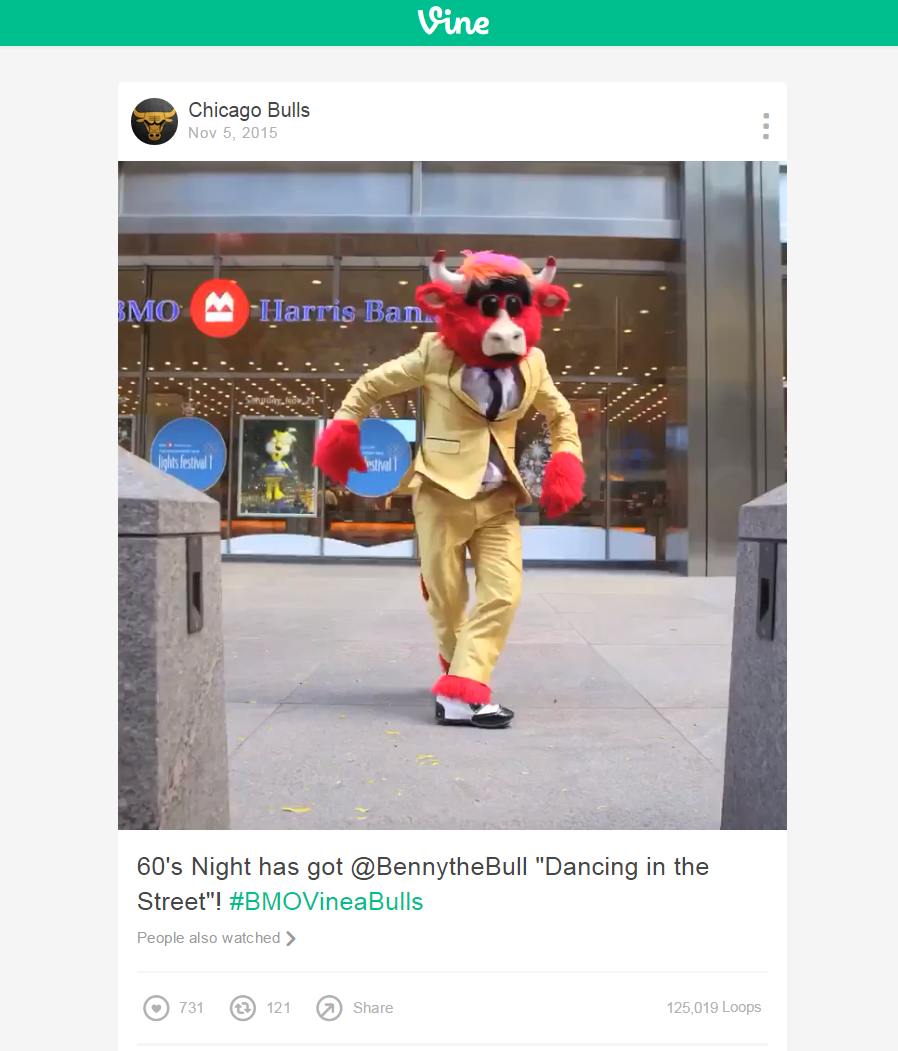 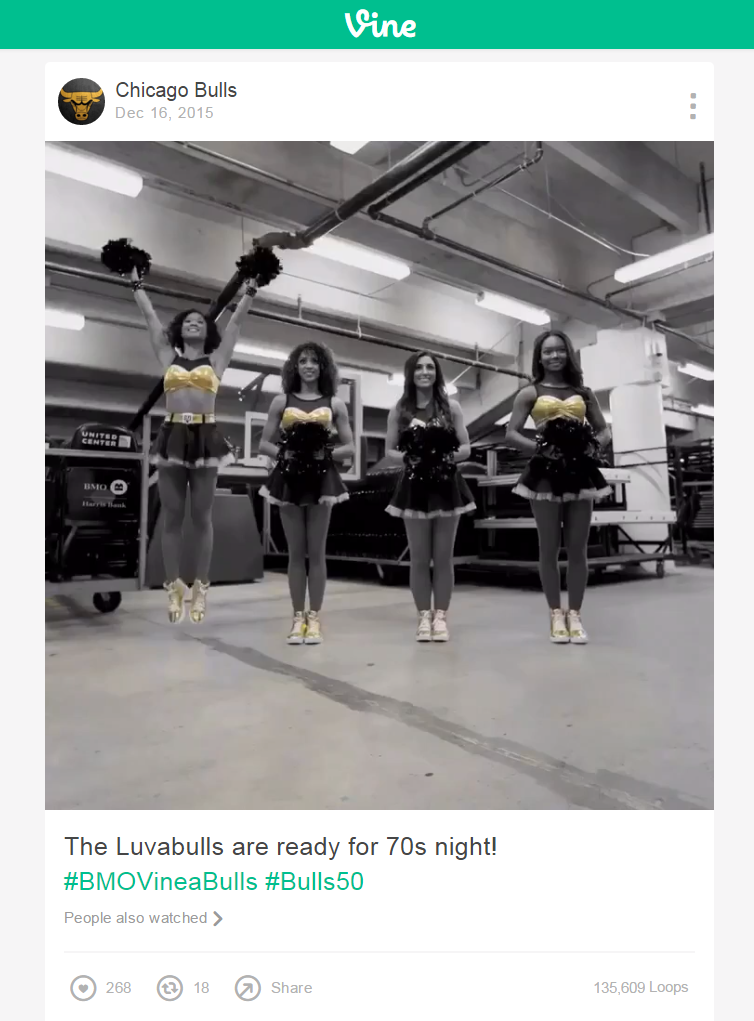 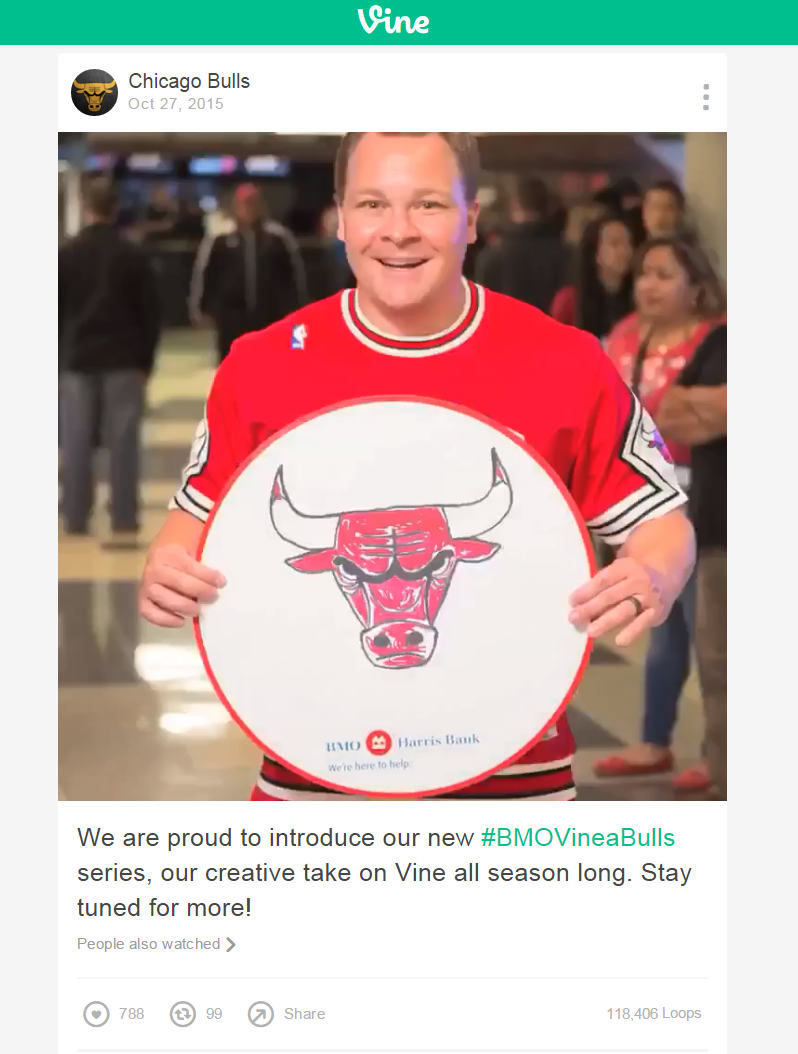 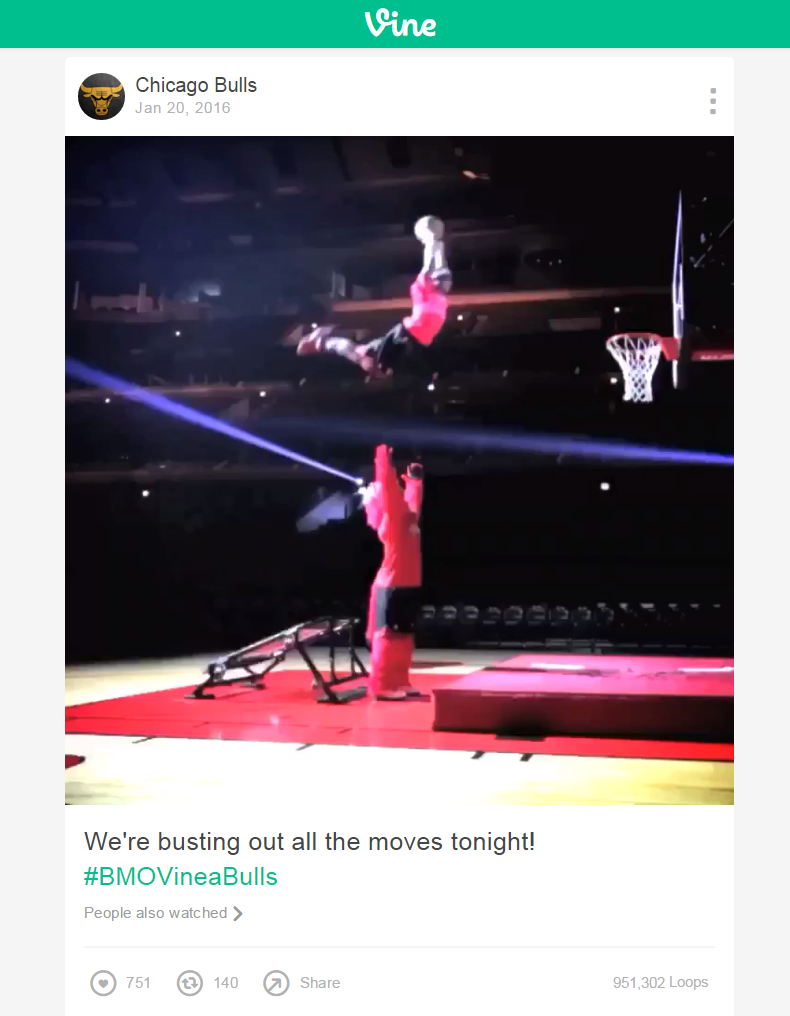