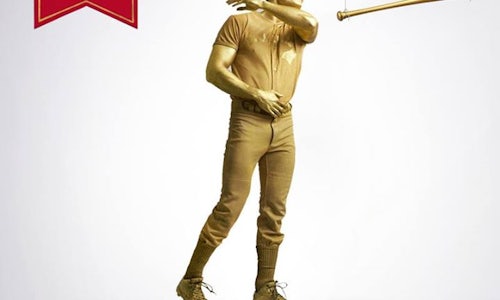 As Canada's #1 Casual Dining restaurant, the objective was to position Boston Pizza as the best place for fans to watch Toronto Blue Jays playoff games and drive a measurable sales increase by creating Top Of Mind awareness during October 2015.

There was seamless integration of social content across broadcast, pr, sponsorship and in-market activation. All leveraging one big idea to drive visibility and conversation across all channels and own mindshare amongst our competitive set when it was most critical.

Our strategy was to create a series of social content that will engage Guests and keep Boston Pizza top of mind for Canadians who are trying to determine the best place to watch Toronto Blue Jays playoff games.

1) Petition for a 'Jay-cation' Day - Since the first two playoff games occurred during typical work/school hours, we created a Petition post that encouraged Guests/Fans to share with their boss/teacher/spouse via social media. The petition asked for the Canadian government to call for an official Canadian holiday so that all Jays fans could enjoy the games and join us at Boston Pizza with other supporters.

2) Trophy Model - Leveraging the brand's mass TV commercial that features a Trophy Model character who is 'too busy modeling for the tops of different trophies so he can't cook and must order delivery food from Boston Pizza", we arranged for an in-person Trophy Model outside the Blue Jays stadium, Rogers Centre, to interact with Guests. Those who encountered the in-person experienced were encouraged to post their photo for a chance to win a Gift Card. Everyone from media personalities to families to other athletes would search out the model for their own photo.

3) MiniBautista - This Toronto fan (known as MiniBautista for wearing his fake his beard like Blue Jay Jose Bautista) was involved in a viral win after his Mom took a video of him pretending to hit a home-run at the same time as one happened in a Jays game. He was featured on major media across North America. We contacted the family, honoured him as a great young fan, brought him to Boston Pizza to host a press conference on his game predictions for the following game, and even created a mini trophy of him. It would position the brand as understanding fans and giving a 'professional' experience to an exceptional young person who was receiving a 'once in a lifetime' moment.

4) Real Time - Content was developed in real time to reflect what was occurring in the game. A photographer was set up to take photos of a 'Trophy Model' who re-enacted poses of game time scenarios and occurrences. (ie. After the infamous batflip by Jose Bautista in Game #5, we captured our Trophy Model doing a batflip and that image was shared out across social channels). Further more, within 30 seconds of the season ending, all digital channels for Boston Pizza were updated with 'congratulatory' messaging for a good season from the brand. The real-time aspect of the content was highly engage-able and received remarkable interaction among the public. 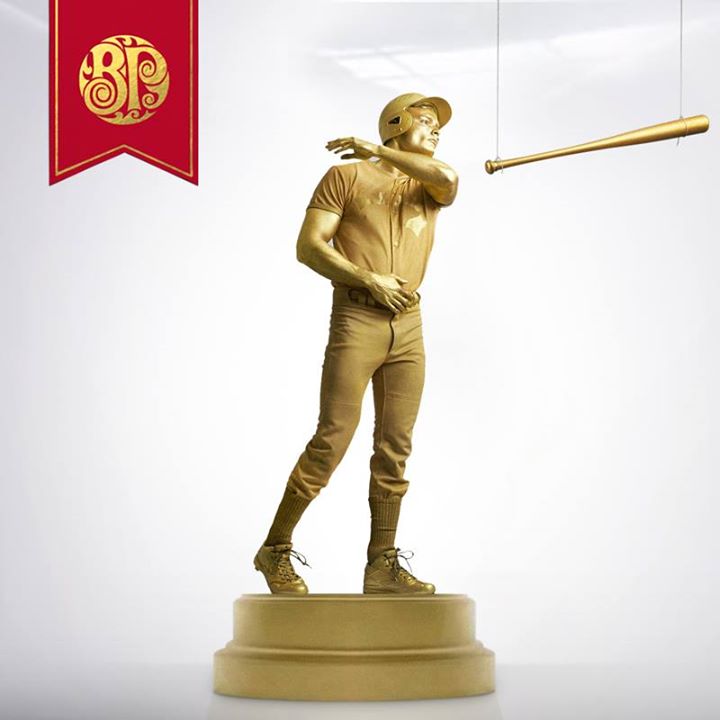 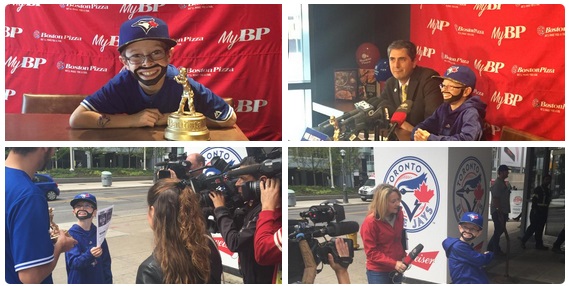 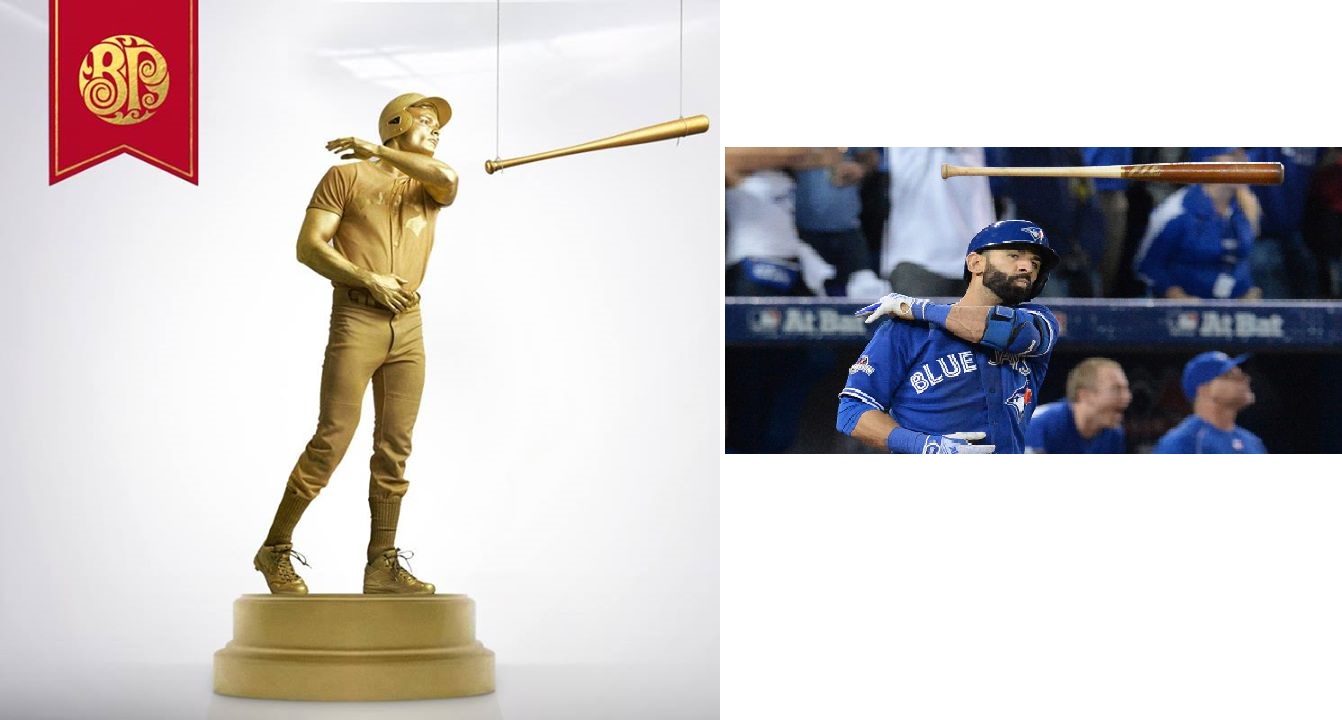 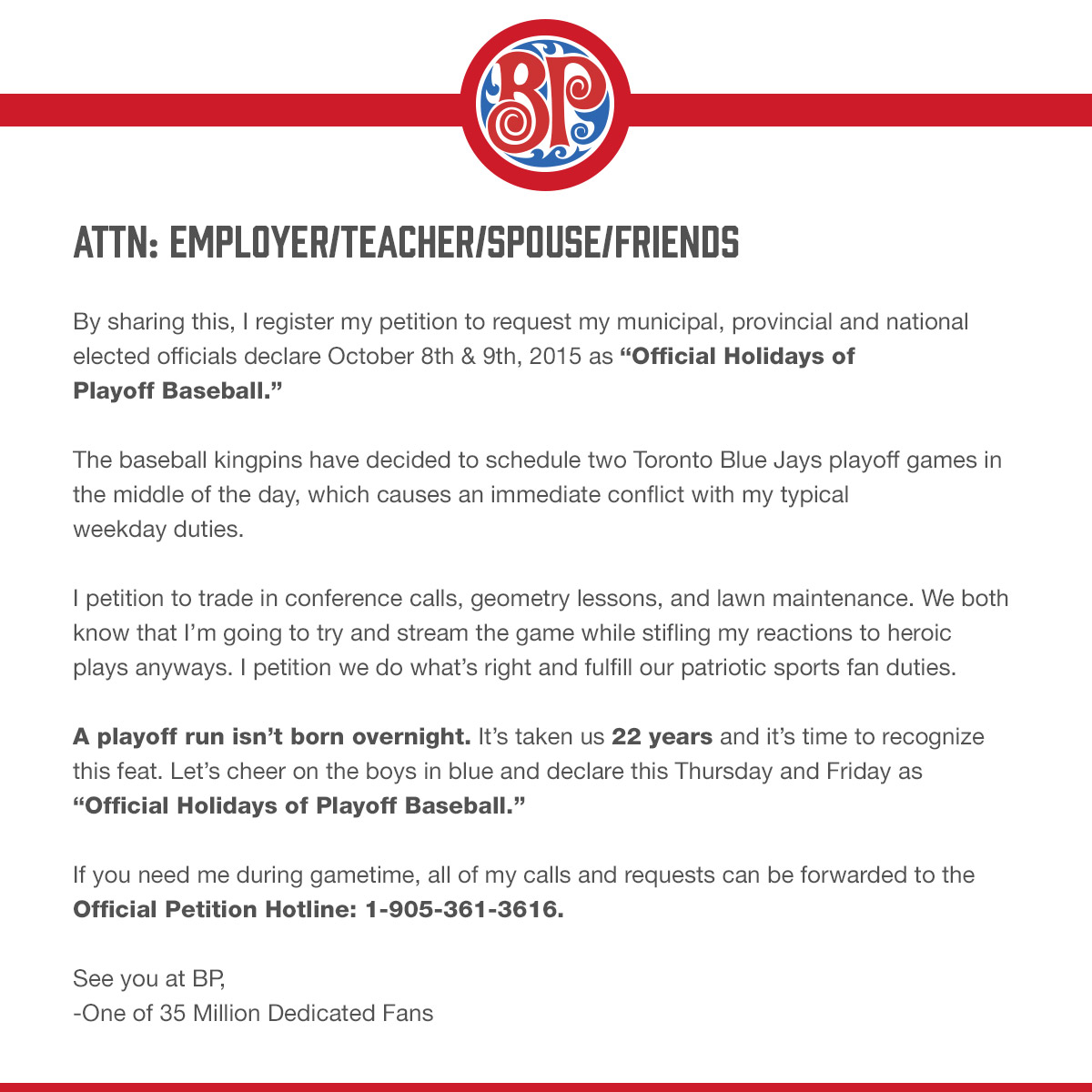 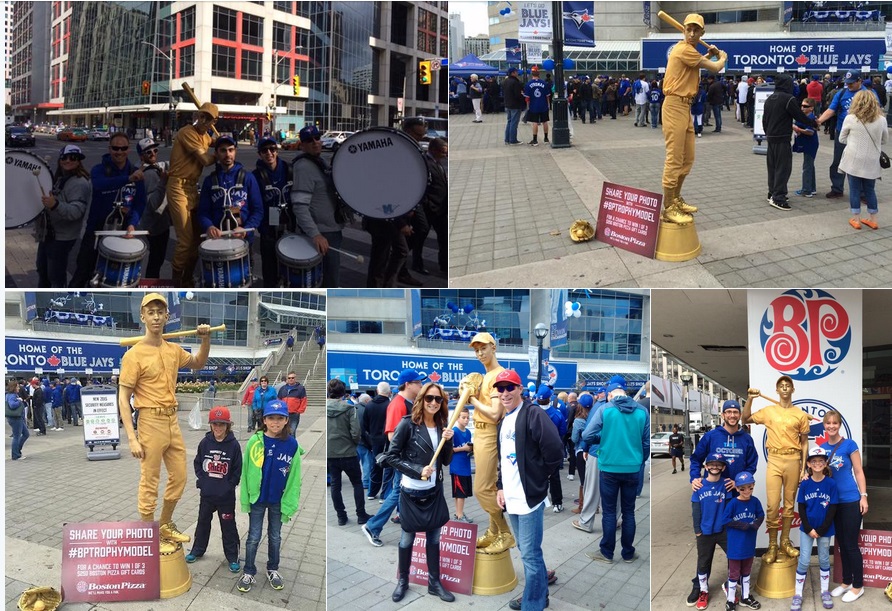