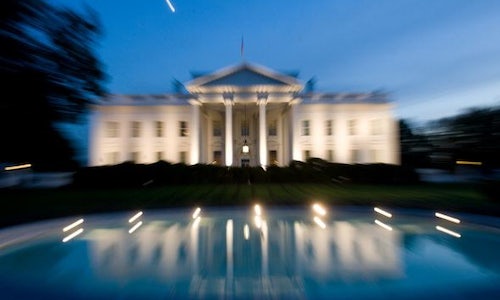 Bloomberg Politics On the Campaign Trail

Bloomberg Politics is a multi-platform destination for smart, non-partisan political coverage. Launched in 2014, BPol offers year-round coverage from the presidential campaign trail. Our Facebook home serves as an extension of BloombergPolitics.com and Bloomberg TV's "With All Due Respect," hosted by veteran political journalists and New York Times bestselling authors Mark Halperin and John Heilemann. The page also showcases in-depth features, original videos and interviews with presidential candidates, elected officials and other news-makers.

The core Bloomberg audience values authoritative reporting and analysis. Our Facebook page aims to capture that spirit and drive the conversation to expand our digital footprint to new users.

Using Facebook's native video platform, the page capitalizes on our expert story-telling, collective creativity and the unique access we have to candidates and other influencers.

Meet Bernie Sanders' foot-soldiers
http://bloom.bg/1ONTMOa
The BPol cameras went behind the scenes at presidential candidate Bernie Sanders's campaign headquarters in Iowa. The piece offers a closer look at the campaign's grassroots ground game and the many dedicated volunteers.

#TrumpBible
http://bloom.bg/1Qb3Bs0
This was the infamous interview that launched the #TrumpBible meme on social media. It all started with a question about Bible verses.

Marco Rubio's football fail
http://bloom.bg/1SkvKwP
BPol's exclusive footage of presidential candidate Marco Rubio accidentally hitting a kid in the face with a football went viral. (Don't worry, the child is okay!) This is the super cut.

Iowa caucuses, explained
http://bloom.bg/1QZ3cFS
It's an evening of participatory democracy quite unlike the casting of a simple ballot. Iowa pollster J. Ann Selzer breaks down the somewhat arcane tradition, explaining how it works alongside graphic displays.

The story tale of Jeb Bush
http://bloom.bg/1QZ3Q6v
Once upon a time, in a far away place... Narrated by John Heilemann, the BPol team created a story tale of "Jeb Bush and the Magic Wand" to better explain his candidacy.

The Wire 2016 spoof
http://bloom.bg/1Xmqecl
There's a NSFW scene from The Wire in which the detectives communicate using only F-bombs. We got Wendell Pierce, the actor who plays one of those detectives, to relive that scene ... with a 2016 twist.

Shia LaBoef to John Kasich:'JUST DO IT!'
http://bloom.bg/1TVFqNS
Before John Kasich jumped in the race for the Republican nomination, we envisioned actor Shia LaBeouf offering up some friendly advice to the Ohio governor.

The backbone of our BPol news operation is reporting and analytical data, which we highlight on Facebook 7 days a week, up to an hourly rate. On big political nights, such as debates and primaries, we post multiple times per hour.

Insurrection erupts at the DNC
http://bloom.bg/1Pq291s

The BPol team brought the world footage of Marco Rubio's football fumbles. This was covered by many news outlets - from ESPN to the Today Show - and even prompted a response from the candidate himself on his passing game. Another viral meme that originated on our page was Trump Bible - still brought up as a talking point in news coverage and even on late-night TV.

As we dive head-first into the 2016 election cycle, we expect to keep up the momentum by delivering top-notch political news from the trail.

Video for Bloomberg Politics On the Campaign Trail 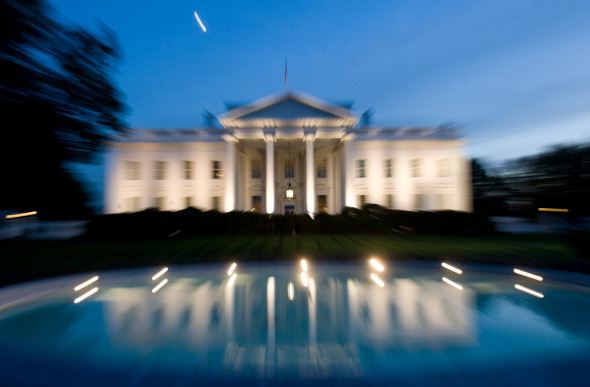 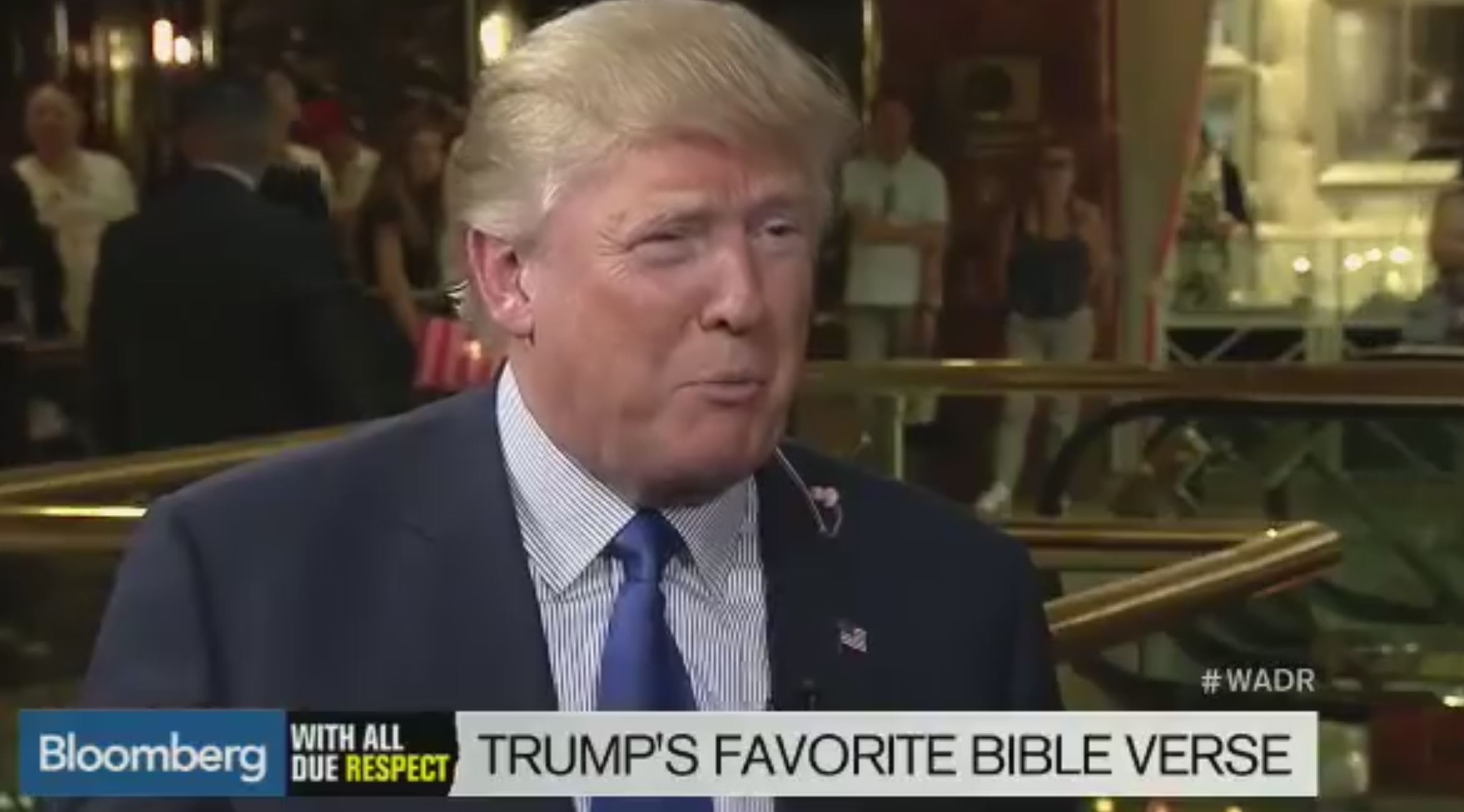 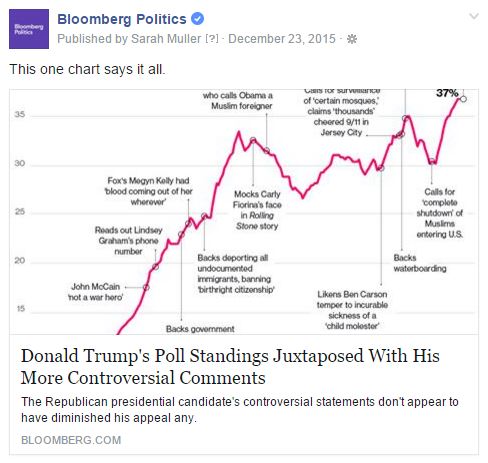 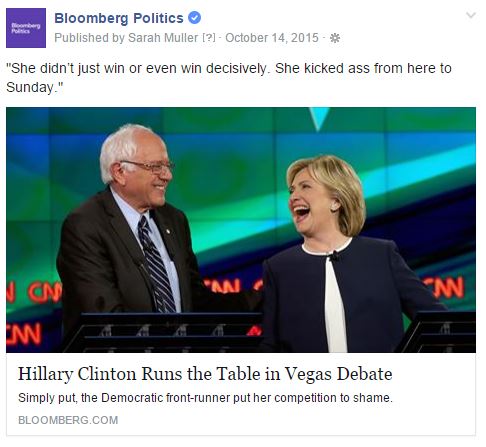 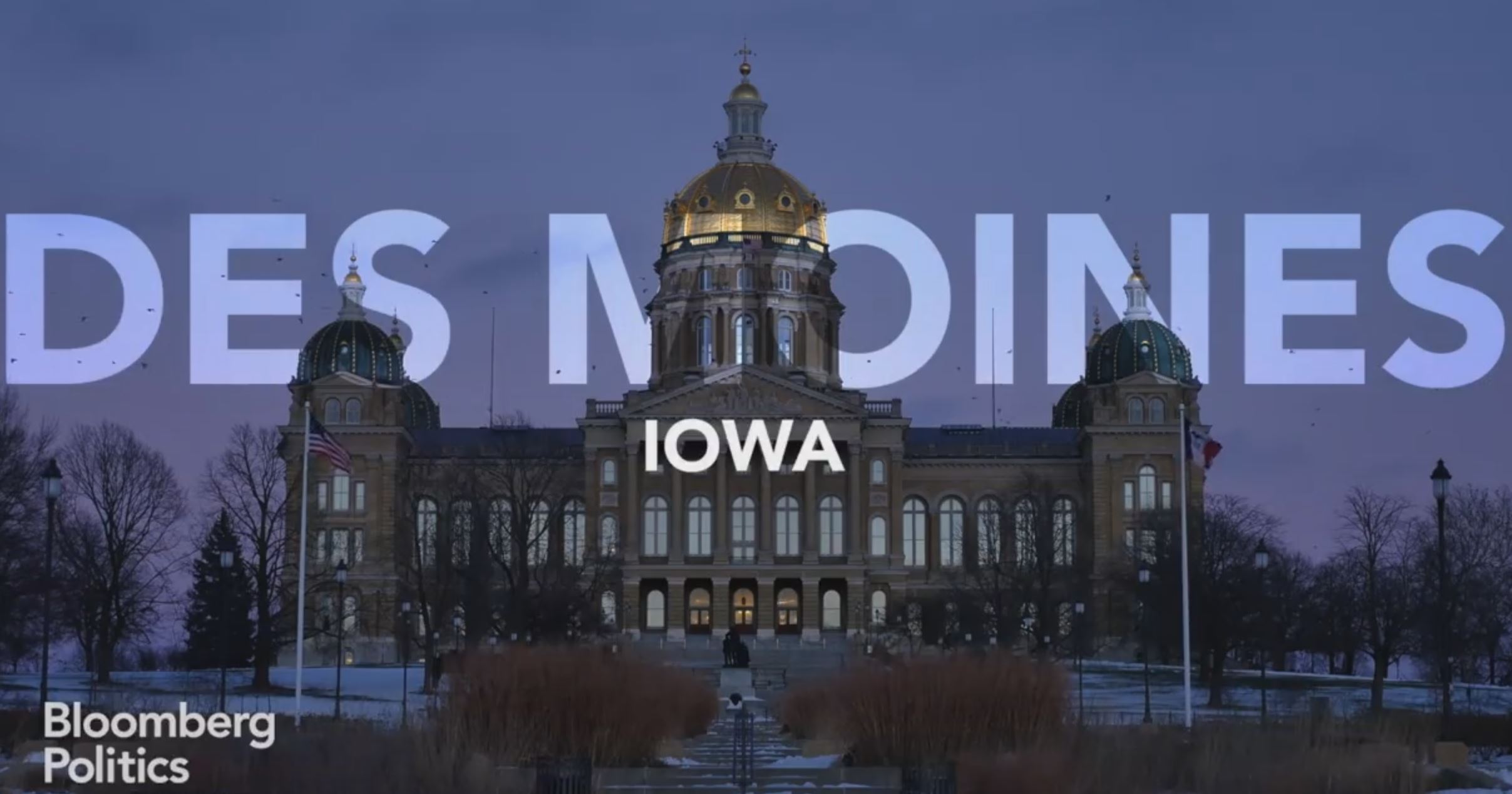 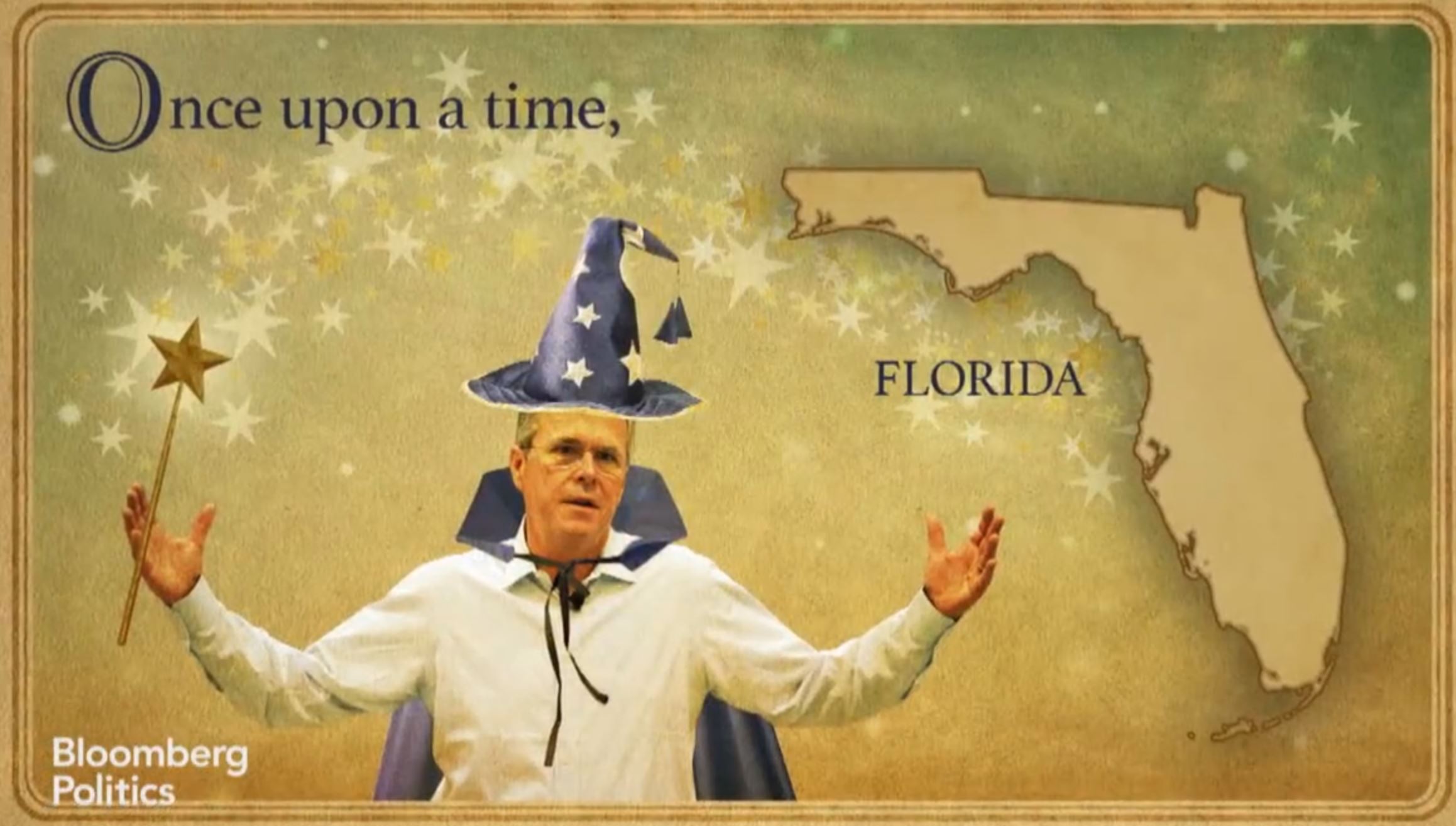 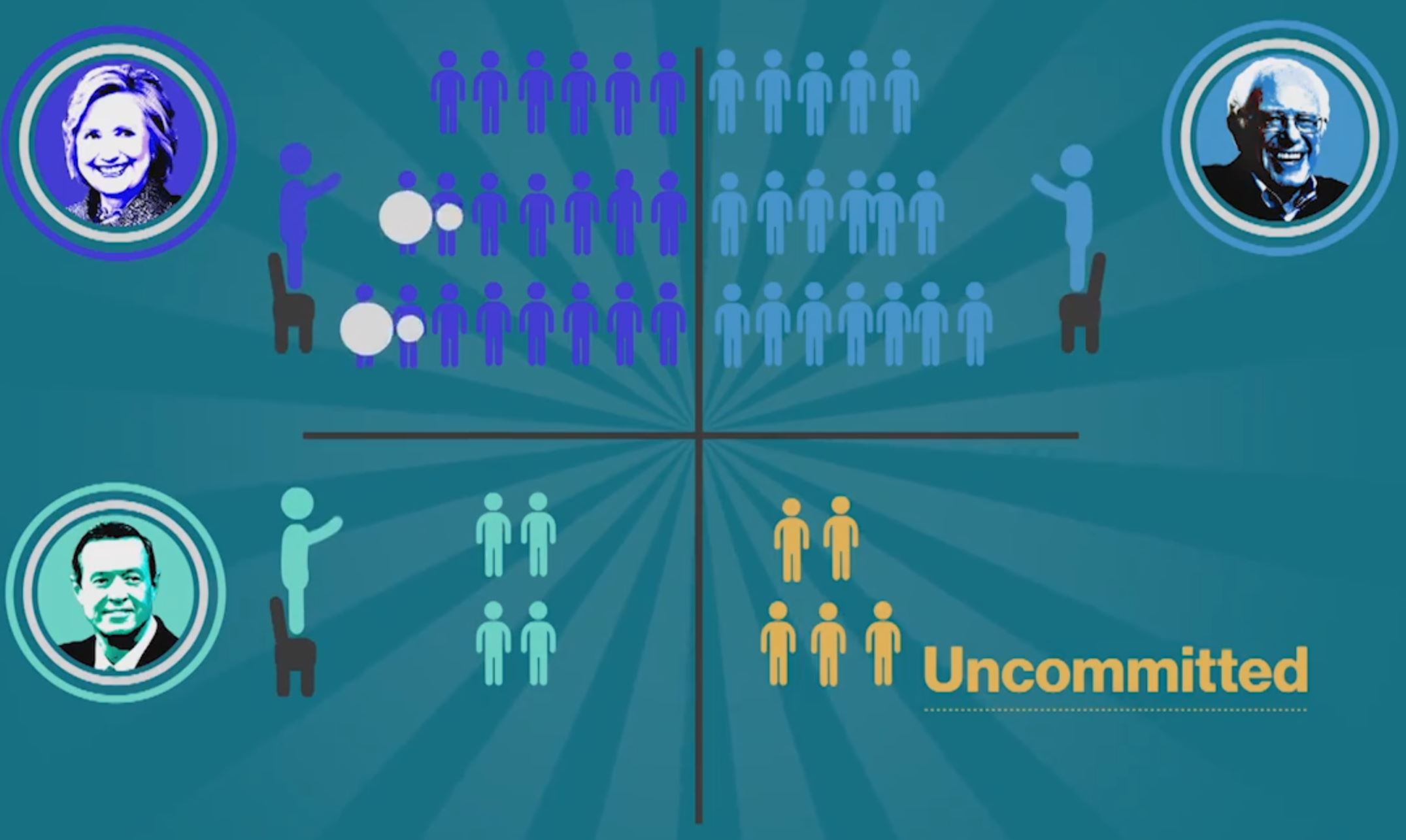