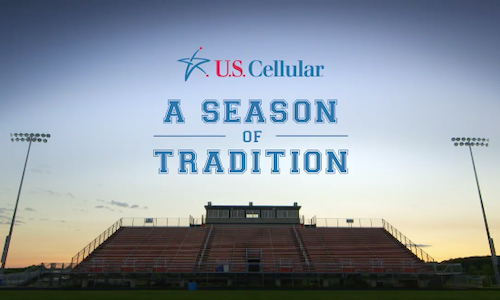 A Season of Tradition

U.S. Cellular cares about where our customers live work and play. Our stores are in their communities, we support and employ local people and we provide better coverage in the smaller cities and rural towns than our competitors do. We're not only the provider in the places these people reside, but we're also a part of the local fabric that makes up these communities.

So, while other wireless providers were worried about creating Super Bowl TV spots, signing high-profile celebrity sponsorships or activating at one of the premier College Football bowl games, we made an impact by celebrating what matters most to the people in our communities. Armed with the modern spirit of "your next-door neighbor," we knew that when it came to sports, it's high school football that's the talk of the town.

In order to drive awareness and generate buzz around U.S. Cellular's unexpected high school football partnership, we needed to get people to take notice—at the games on Friday nights and in their News feeds all season long.

In intensely crowded high school football stadiums marketing is the last thing on anyone's mind, how did we get people at the games to take notice of and engage with U.S. Cellular? By putting the focus on exactly those people sitting in the stands. We championed those who champion the players—the people of the communities who are just as important in making Friday nights so special, but don't put on the jersey every week.

When it comes to sports, the focus has always been on the players and coaches on the field. Instead, we wanted to showcase the people in the seats who support their teams Friday nights and beyond. "A Season of Tradition" celebrated the long-lasting traditions upheld by communities when they come together every week.

We created a mini documentary series that explored traditions from four different communities. By bringing these special traditions to life, we were able to show our support for the communities featured and share those traditions with audiences across the country who are just as passionate about Friday Night Football. Each video told the story of their unique rituals — how they started, who is involved, what makes them so special — and then showed how U.S. Cellular championed the communities by providing gifts that would help preserve those traditions.

The videos were shared across Facebook, Twitter and YouTube and drove people to a digital site. The site also included our "Battle of the Stands" contest, which celebrated everyone's favorite and oldest tradition—cheering. Eight hand-selected, super-spirited schools participated by showing up for the Friday Night Game and cheering as loud as they could for a chance to win $25,000. At each of the games, we handed out cheering swag and asked folks to go to our microsite and add their digital decibels for their school. We encouraged engagement outside of the featured communities by allowing fans everywhere to increase the stadium volume by voting on the site for their favorite school throughout the football season.

"A Season of Tradition" successfully tapped into a culturally relevant event—Friday night football. Every Friday, communities came together sparking chatter online and within the community. The campaign delivered 20.5MM impressions, 4.6MM video views (on Facebook, Twitter and YouTube) and a social engagement rate of 20.4%. The social chatter that was created from the program drove a 78.7% net sentiment, compared to 0% during the same frame for total USCC chatter. We tapped into celebrity athletes and leveraged the followers of Shawn Johnson and Donald Driver to drive awareness via videos posted on their social platforms, contributing an additional 433K impressions, 126K video views and 85K engagements to the program totals and attracted new audiences on different social platforms.

The on-the-ground activations for the "Battle of the Stands" contest provided hyper local interactions. Fans were able to add digital decibels to their schools' total volume through various interactions on-site, including e-mail registration and social sharing. Throughout the season, 198K online engagements were added to the total volume of votes for each school. 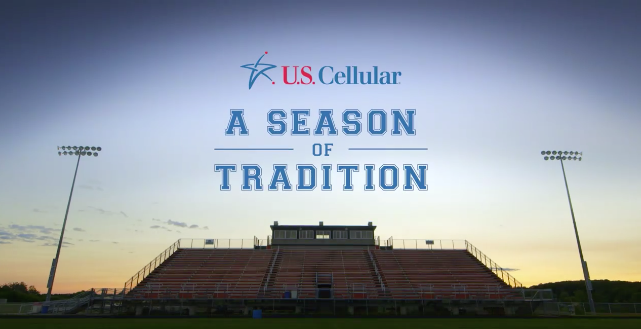