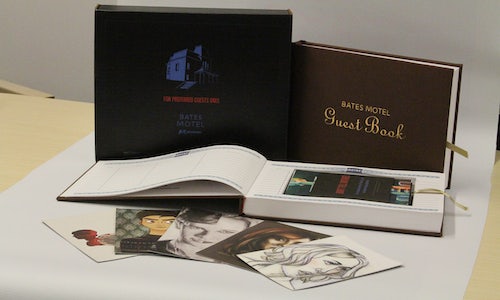 Having established "Bates Motel" as a leading scripted drama, A&E's objective was to capitalize on the extensive social community surrounding the show to drive awareness, excitement and buzz leading into the Season 3 premiere. Unlike previous campaigns, we took a unique approach to create a "surprise and delight" initiative, rewarding 2,000 of our most dedicated "Bates Motel" super fans with a custom "Bates Motel" guest book.

Through an official partnership with Tumblr, along with targeted paid media, we aggregated and carefully selected 50 pieces of fan art to be printed and placed within the premium guest book in a hidden cutout, each with the artist's name and a quote explaining why they love the show. To further quell the "Bates Motel" curiosity, we included a link to an exclusive Season 3 sneak peek featuring a welcome video from Norma Bates, as played by Vera Farmiga.

In order to determine the 2,000 super fans, we created a quiz on the Bates Motel Facebook page, where fans were given an opportunity to sign the "Bates Motel" virtual guest book if they answered the questions correctly.

Delivered two weeks prior to the Season 3 premiere, this initiative both rewarded the existing fan base and increased awareness of the series leading into the Season 3 as fans flocked to post a photo of their guest book across Facebook, Twitter, Instagram, Reddit, YouTube and Tumblr. In addition to promotion from fans, several press outlets including Mashable, EW and People posted about the Bates Motel Guest Book resulting in 42.4 million total impressions. 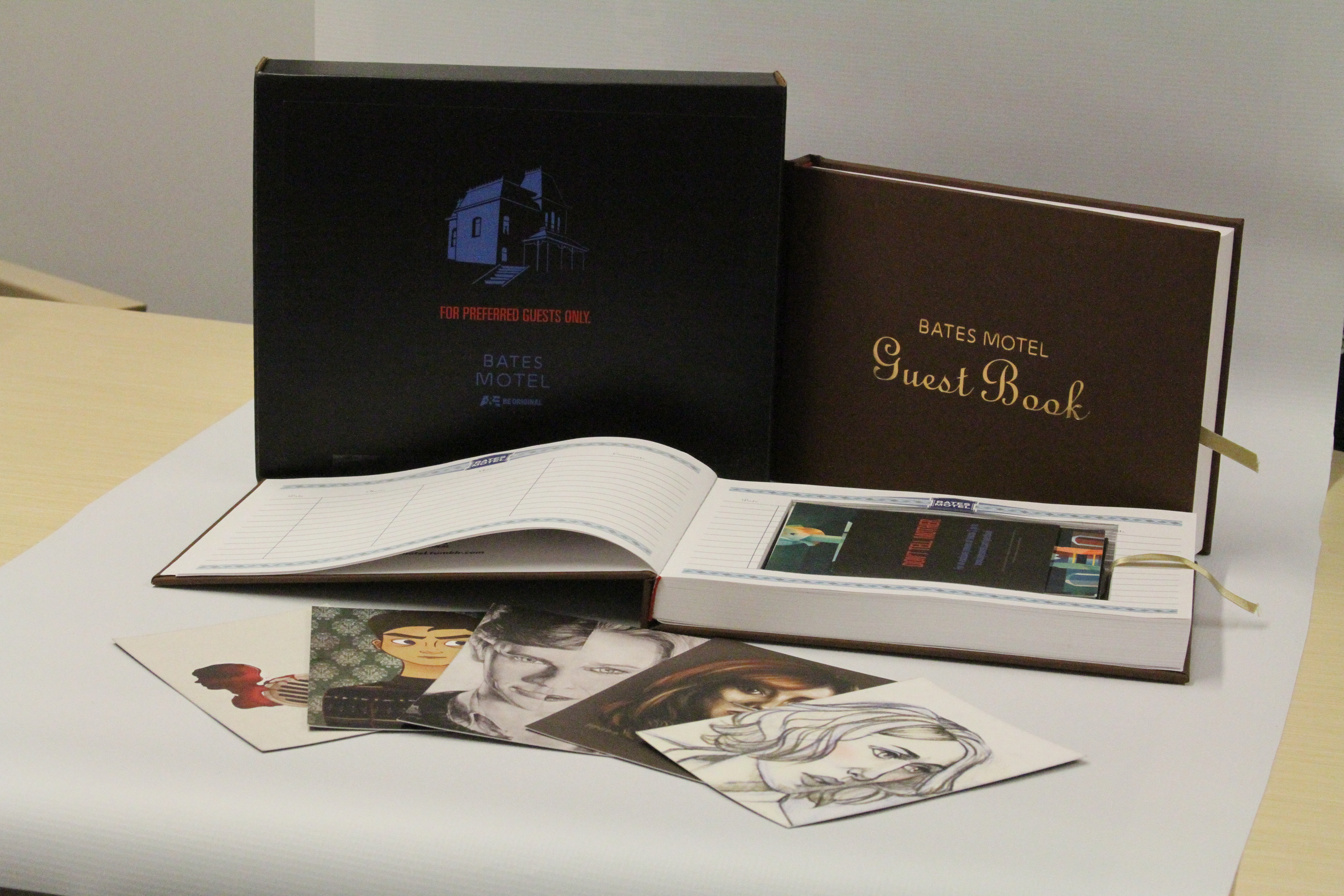