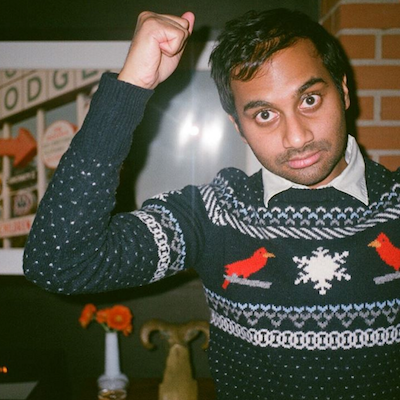 Aziz Ansari got his start in the NYC comedy scene. Commonly known for his role as Tom Haverford on NBC’s Parks and Recreation, Aziz has had cameos in feature films Funny People and I Love You, Man. His latest comedy special Live at Madison Square Garden landed him the deal for his new Netflix series Master of None. His sketches are known to poke fun at being Indian-American while decrying online dating. In 2015, he co-authored the book Modern Romance: An Investigation about his quest for love in a modern world, and tugged at heartstrings when a sentimental message on a photo of him with his father went viral.