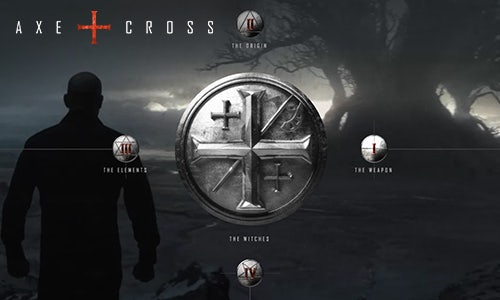 A cursory glance at AvatarLabs and Lionsgate's The Last Witch Hunter (TLWH) digital marketing program suggests the familiar, but this endeavor was everything but ordinary. Content strategy needed to account for an atypically long six-month promotional window. Creative needed to be distinctive, yet harmonize with initiatives developed by other agencies. Most importantly, the studio sought a team capable of crafting original storytelling that enhanced the Hunter's world. Such opportunities are exceedingly rare in features marketing, especially with new IP.

AvatarLabs devised a "phases within phases" approach to sustain engagement for nearly six months through the premiere in October. The most ambitious and in-depth was axeandcross.com, a richly imagined examination of the most secretive warrior order in Western civilization. Substantial time was devoted to research and discussion of the script and asset library to understand the Axe + Cross. Once the members formed a hidden medieval army chartered to protect humanity from the witch threat. Today they protect Kaulder, the order's last and greatest soldier. How to convince fans to embrace this original conceit? How might the Axe + Cross portray itself in the digital space? And how to best capture time-hopping star Vin Diesel's ancient and modern incarnations?

The team dispensed with strict linearity and formulaic representations common to the fantasy genre—our viewers would not be navigating a dusty tome by flickering candlelight. Instead, we merged the film's gothic tone with a modern interface. Each content item floated over a subtly animated background drawn from the film. And each item represented one piece of a grander, chaptered narrative, while remaining impactful as a standalone sharable.

The first chapter was dubbed The Weapon—Kaulder's informal title—and explored the action and drama that motivate the film's protagonist. The Weapon was a hit with fans and Lionsgate alike, and helped establish the visual and narrative language for The Origin, The Elements and The Witches chapters to come. Visuals married occult and elemental symbology with a lean, forceful aesthetic. Storytelling balanced complex narrative with sharable, one-shot headlines. Every chapter delivered a mix of animated GIFs, templated character cards, photographic pieces and original, in-house illustration.

AvatarLabs' motion team contributed full-screen video intros and transitions that refreshed with each chapter launch. A haunting smoke transition—the oozing tendrils signify a witch's presence—was painstakingly executed in HTML5 for universal browser compatibility. Original narrative enhanced the backstory of the Axe + Cross and merged real-world history with the film's fictional human-witch war. This yielded special content like an illustrated cocktail recipe in the form of a witch's elixir, a document of Kaulder's battle with the warlock Rasputin (he killed him twice!) and new backstory for Grosette, the Axe + Cross founder who emerged alive from an ancient witch-created chasm.

In total, 48 pieces of richly imagined, highly sharable companion narrative helped cultivate an enthusiastic fanbase for Lionsgate's all-new action-fantasy. Most of this original content was embraced by the filmmakers and approved with virtually no edits. The visual language created for the axeandcross.com was adopted by the studio for additional Last Witch Hunter promotions throughout the release. 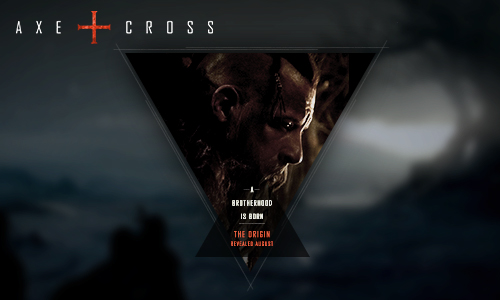 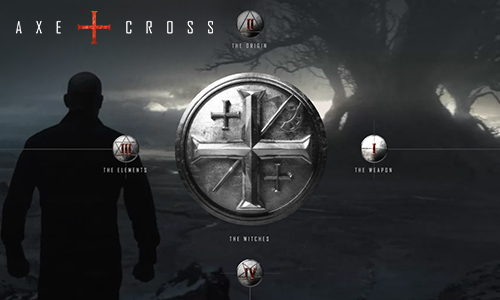 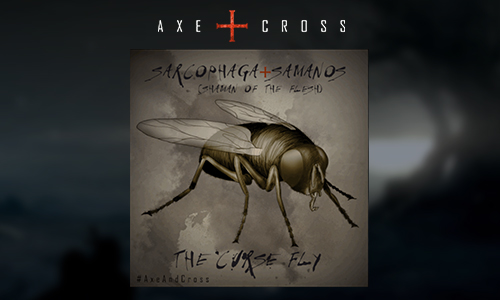