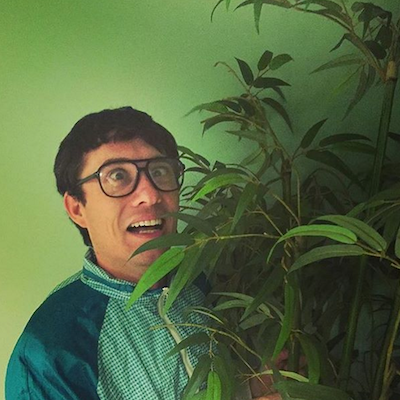 Describing himself as an “asexual magician," Avery Monsen’s comedic career started at Los Angeles’ Upright Citizens Brigade. He’s been on Maron, 30 Rock, and the new Adam Ruins Everything, has authored and illustrated All My Friends Are Dead, and written for truTV’s Billy On The Street. But Avery gained widespread fame with his bizarre Vine account, where he posts comedic optical illusions on a loop. Now brands like MTV, IFC, and AMC have sought him out for Vine collaborations. If weird magic-eye tricks and throwback ‘90s tracks are your thing, his Vine account will entertain you for more than 6 seconds.