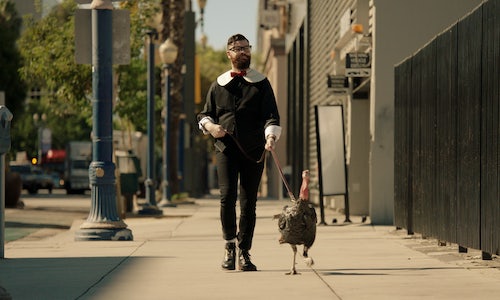 Stuffing is delicious. That's why people love it. But for some reason, people only eat it one day a year: Thanksgiving. And when you're a company who makes and sells a product that people enjoy only one day a year, that's kind of a problem. The guys over at Stove Top wanted stuffing to be enjoyed far past the one day a year when Mom stuffs it inside a basted bird. They wanted it to be enjoyed for an entire season between Thanksgiving and Christmas - "stuffing season".

Eating stuffing only on Thanksgiving is so mainstream. And in this day and age, there's no one better to rebel against the status quo than a hipster millennial. The Artisanal Hipster Pilgrim stands up to his forefathers' antiquated ideas about stuffing and helps people figure out how to eat Stove Top all Stuffing Season long. 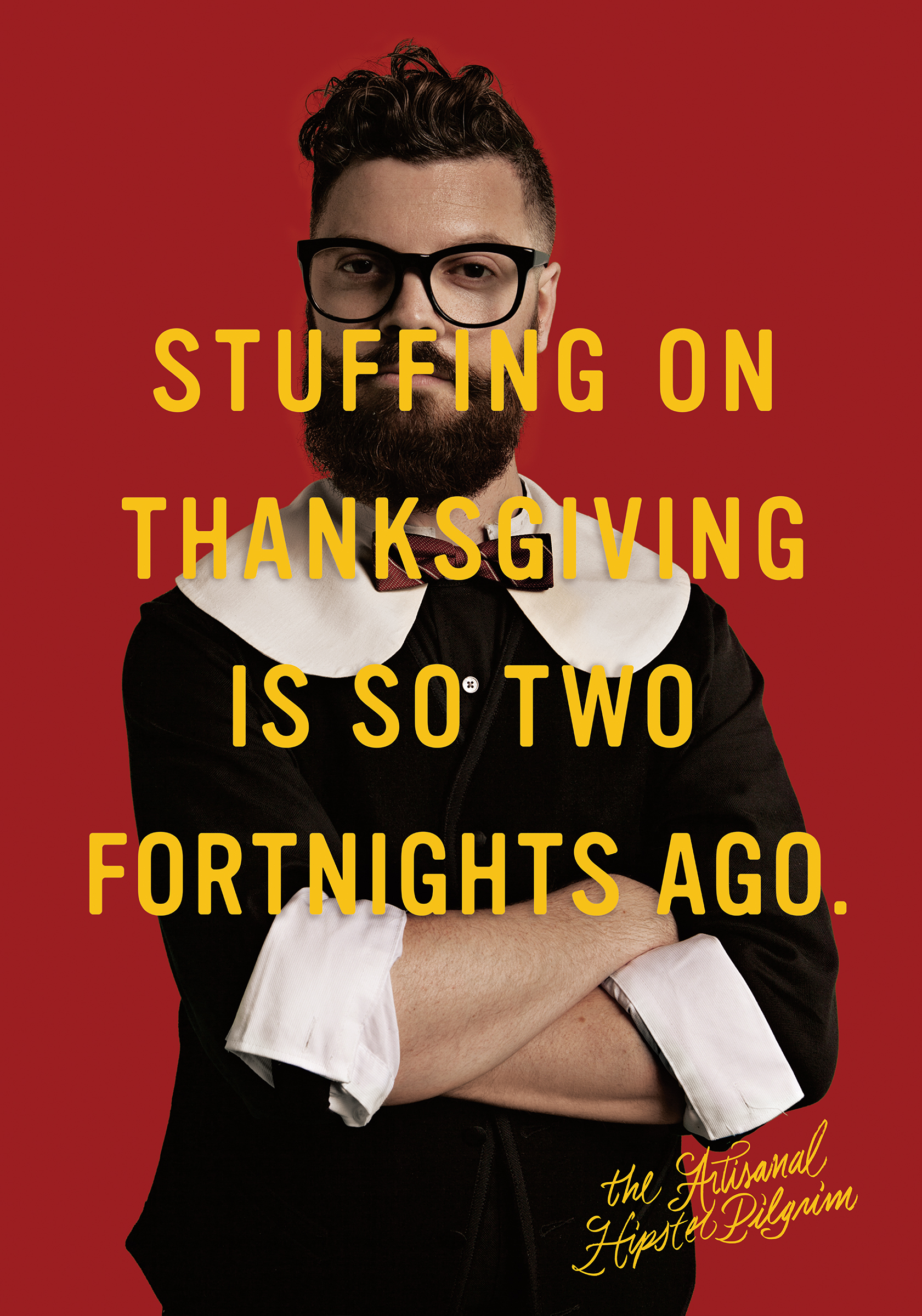 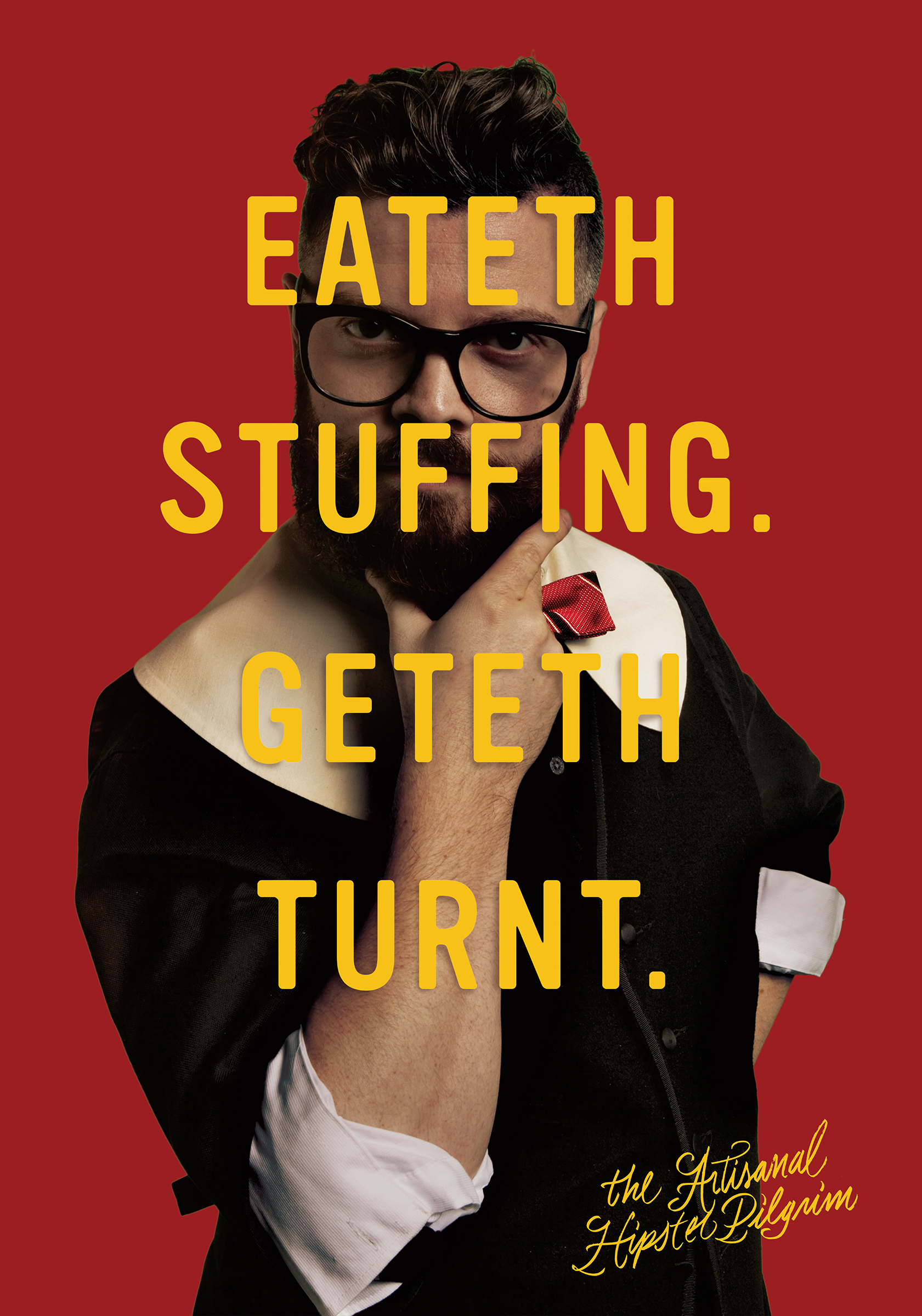 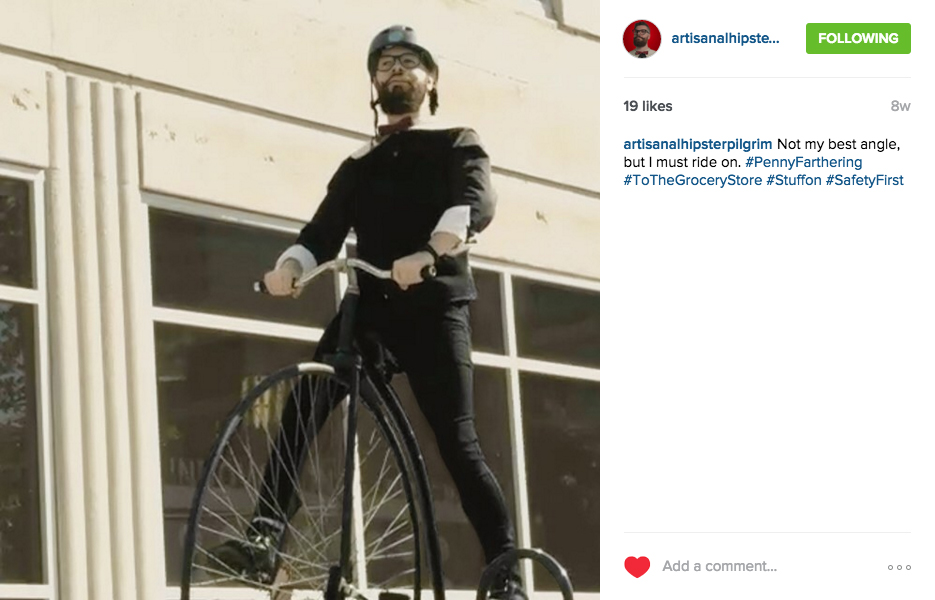 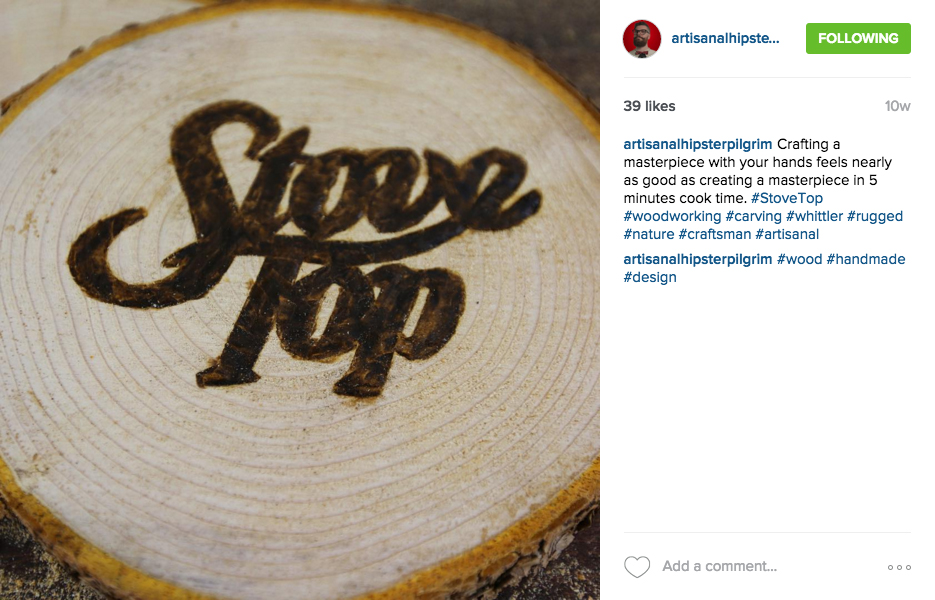 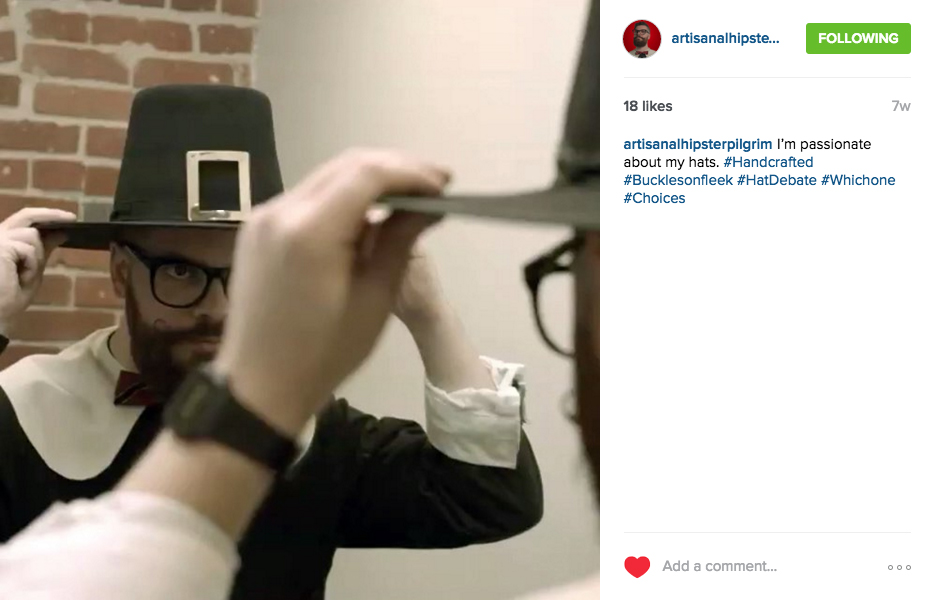 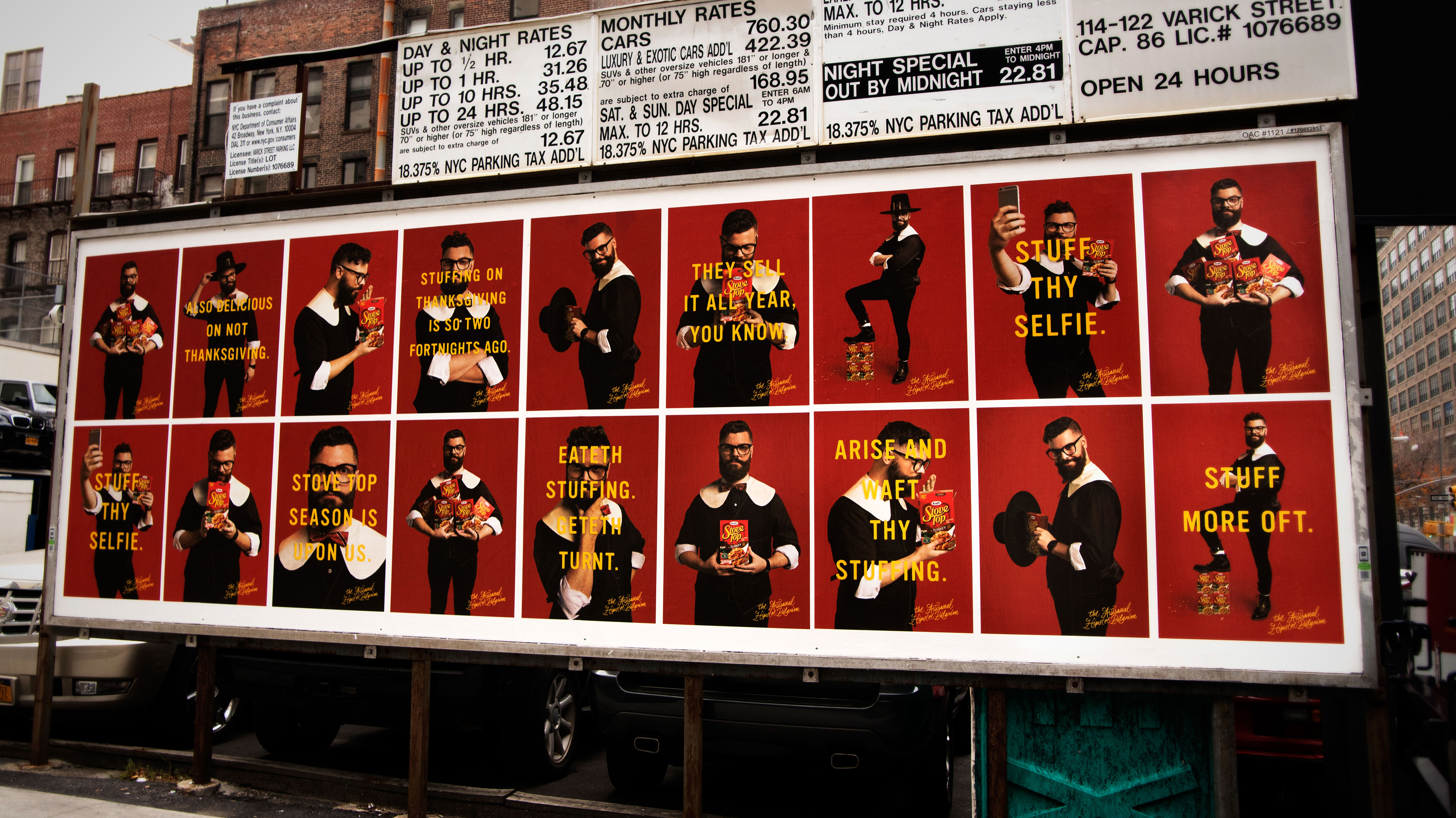 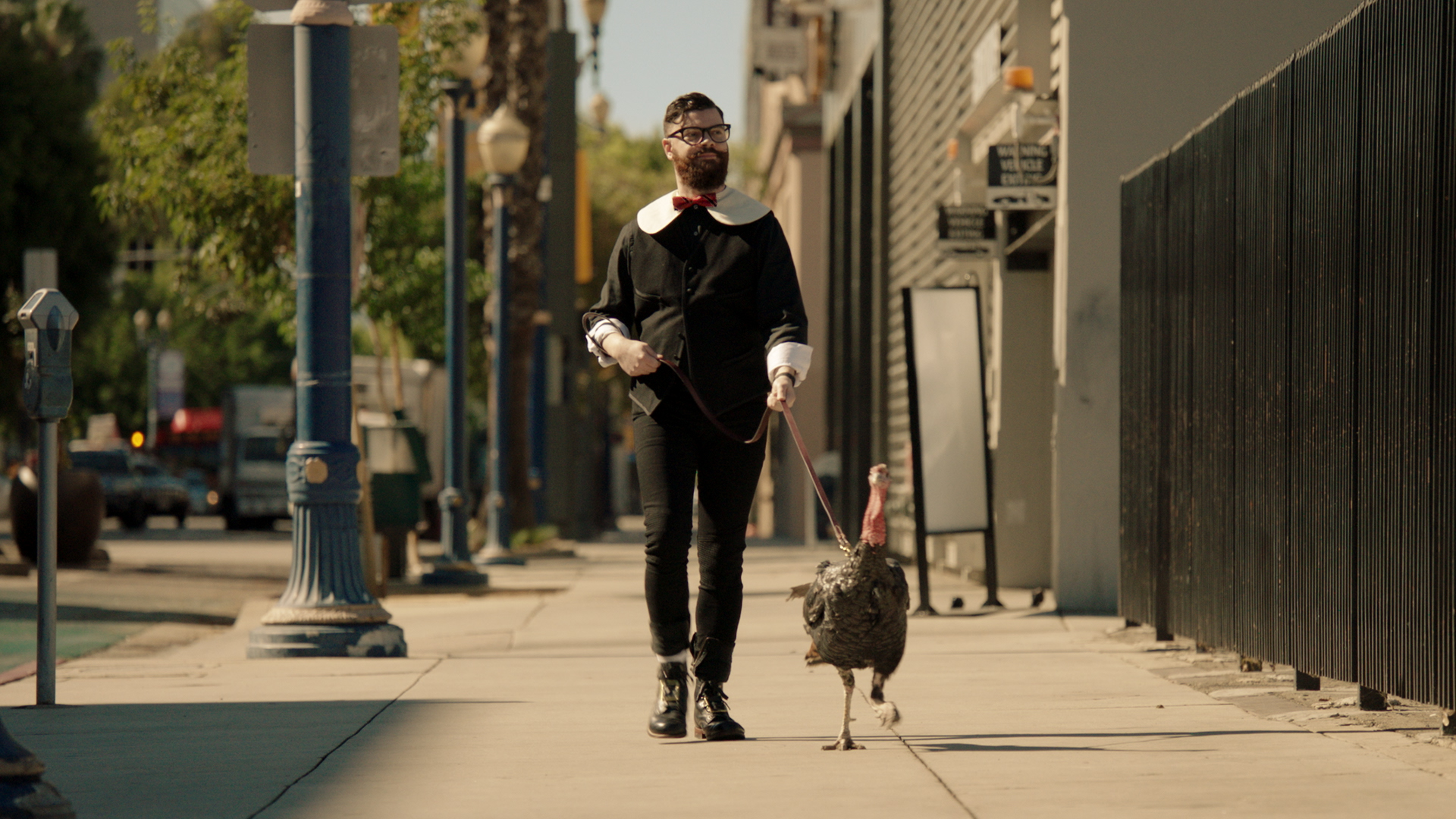