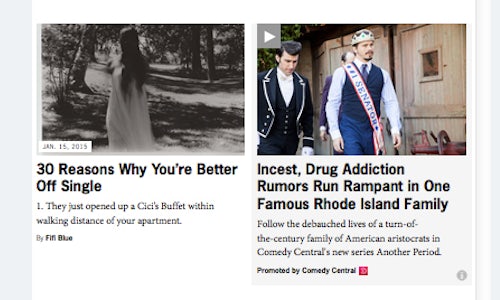 Comedy Central wanted a strong television premiere for a new series, Another Period, and wasn't afraid to experiment with an emerging platform to generate unconventional awareness.

The goal was to expand the reach of the new series by telling a story with creative content that reflected the scandalous nature of the show. To do this, Comedy Central aimed to introduce Another Period's characters to the American public and create awareness about the show's comedic style (parody) by using a Real Housewives-esque approach.

Comedy Central worked with a native advertising platform for this campaign. The platform offers a type of non-interruptive advertising that fits the form and function of these top-tier publishers, unlike traditional display ads. The rise of in-feed native advertising has been built around the importance of quality content, and part of the goal was to marry non-traditional promo videos, content and articles with a high-quality site list. It also allowed for targeting by demographic and channel, tailored to Comedy Central's needs.

The Kardashians and the Real Housewives are in our gossip and celebrity website news feed at least once a day. Our strategy was to dominate these news feeds with celebrity gossip-type content about America's first reality TV family: The Bellacourts of Another Period.

By positioning the content as native advertisements on celebrity gossip and entertainment websites, users engaged with content as they would any other gossip material.

Users engaged exceedingly well with Another Period's videos online in the form of native, in-feed sponsored stories, sparking awareness about the show in an unconventional fashion.

In terms of reach, the native ads dominated feeds such as E! Online, Radar Online and Perez Hilton, with over 6 million visible impressions across mobile, desktop and tablet devices. The campaign performed exceedingly well with an engagement rate twice of the benchmark, demonstrating users' high engagement with new Comedy Central characters.

The native ad strategy helped Comedy Central achieve a highly successful show premiere for Another Period in June 2015, with a strong following of males and females 18-34. The show was picked up for a second season, premiering in 2016. 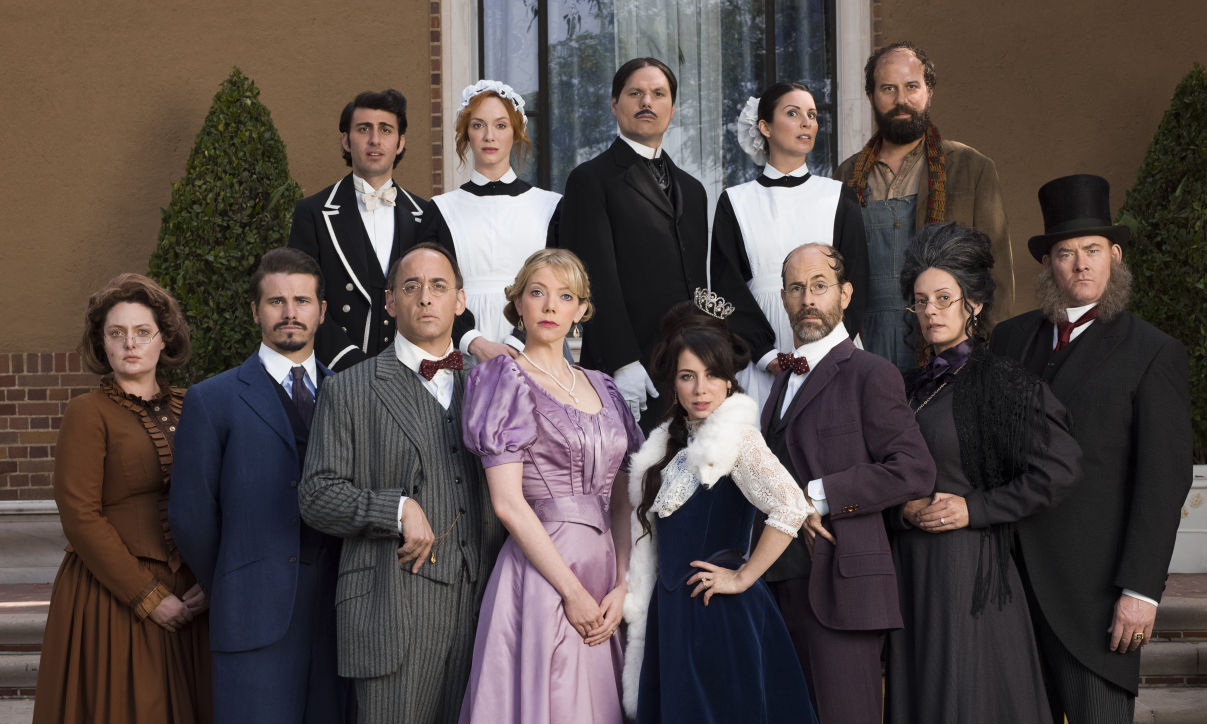 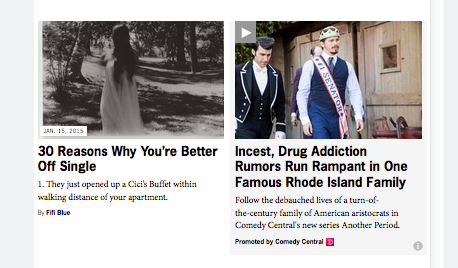 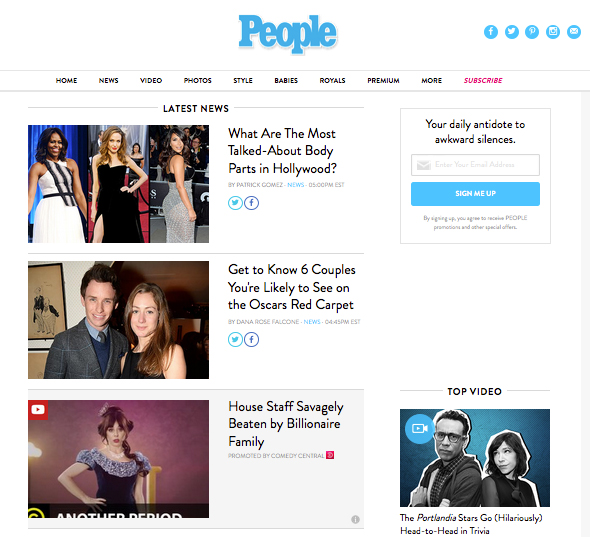