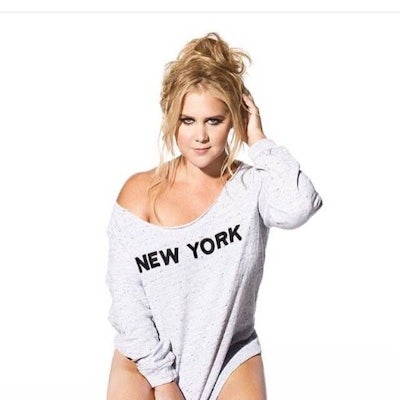 Amy Schumer started her career on the stand-up circuit, then moved her sketches to Comedy Central on Inside Amy Schumer, which won her five Primetime Emmy Awards. She wrote, produced, and starred in the hit comedy Trainwreck and has taken a stand against gun violence since a fatal shooting at a showing of her film in Louisiana. Known for her candor, Amy skewers single life, dating, and Hollywood’s treatment of women. She uses her social accounts to crack wise and show off glammed photos of herself. In 2015, Annie Leibovitz took a nude photo of Amy for the annual Pirelli calendar, which immediately got over a million likes.