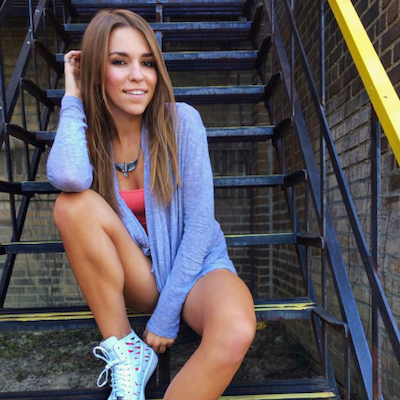 While she might be a self-taught freestyle dancer from a small town in Ohio, Amymarie Gaertner is a big deal on social media. Give her any tune and she can dance to it. While she has nearly 1.5 million Instagram followers and half a million YouTube subscribers, Amymarie’s Vine following of 4.5 million followers is most impressive—she can get down with more dance moves in six seconds or less than any other self-taught dancers out there. She’s known for dancing with a smile and for demonstrating her knowledge of Michael Jackson moves, and in 2015, she took over the Dancing With the Stars Snapchat.