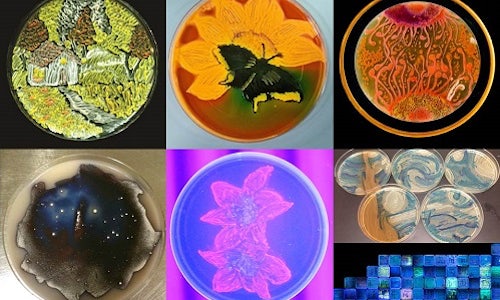 The American Society for Microbiology (ASM) is the oldest and largest single life science membership organization in the world. Our mission is to promote and advance the microbial sciences. We do that largely by creating opportunities for our more than 39,000 members to share their science and engage with each other.

ASM's main goal for the Agar Art contest was to create a social media campaign that would increase our level of interaction with members and prospective members. A "picture of the day" series that shared users' microbiology images helped grow our Facebook, Twitter and Instagram followers. We really wanted to engage our new followers in conversations around microbiology. Since the colorful, artsy pictures we shared were the most popular; we decided to marry art and science, formally encouraging users to submit their best work to our first annual art contest.

Our second goal was to increase the public's awareness of microbiology. Although microbes live all around us and greatly benefit our daily lives, they don't typically enter into consciousness until something goes wrong. The visually appealing combination of science and art was the perfect vehicle to showcase the creative side of science and shed a bit of light on the mysterious world of bacteria and other microbes.

There are a number of established scientific imagery competitions, from microscopic imagery to nature photography. Our strategy of using organisms – bacteria, viruses and fungus – that are often considered disgusting to create attractive art is unique. This juxtaposition creates intrigue and attracts people to learn more.

The first step to implementing the Agar Art contest was developing rules and judging criteria. A key feature when dealing with organisms that may cause disease is to ensure contestants followed proper laboratory safety guidelines by requiring them to be a member of the American Society for Microbiology. In addition, although we allowed contestants to use any type of growth medium (agar, the "canvas") and any type of microbe (the "paint"), we did not allow any artificial coloring of the entries. All the colors had to be produced by the microbes themselves.

We wanted to encourage the submission of unique and visually appealing pieces, so our judging criteria included creativity, design, and presentation. In addition, we wanted to enable people outside the world of microbial research to understand the images, so we asked contestants to provide descriptions that the public could understand – our judges also evaluated these statements.

Another key feature of our contest was our judges. We selected four respected scientists who were diverse in terms of career level, geographical location, and area of expertise. The group also had a wealth of experience communicating science to non-scientific audiences. We also thought it was important that the judging panel included an artist's perspective, so we invited Michele Banks (@artologica), a painter and collage artist whose pieces are largely based on scientific and medical themes.

One of the reasons for our success was our focus on promotion. We kicked the contest off during our annual meeting. The majority of our campaign was through social media – though we didn't drown our fans with constant reminders about the contest. Over the three month promotion period (June to September) we posted 15 Facebook messages and 18 tweets. Our use of #AgarArt helped bring the conversations together. We were also able to include mentions of the contest in other regular messages to our members (e.g., in our member magazine).

A contest is only as successful as the submissions it receives. Our members blew us away with their unique and creative artwork – from a scale map of NYC to a replication of Van Gogh's Starry Night. We were awed. We received 85 submissions from 45 people, 40 percent of whom were from outside the US, ranging from Qatar to Australia.

Our first goal for this contest was to increase our interaction with ASM members and prospective members through our social media accounts, and the "people's choice" section of the contest cinched this. When the submission period closed, we created a Facebook album of the artwork and asked our Twitter, Instagram, and Facebook fans to "like" their favorites. The album reached almost 2 million people and received more than 22,000 likes and 9,000 shares. Even more exciting were the comments – more than 7,000. On Twitter, our top tweet drew 10k impressions. These numbers far surpassed any of our previous posts.

The media took note of this response, which enabled us to reach our second goal – to increase the public's awareness of microbiology. The Agar Art contest was mentioned in approximately 160 news articles, including CNN, USA Today, and Huffington Post, and internationally, from Ukraine to Singapore. Our contestants were interviewed, and the coverage highlighted their artistic talents while explaining the science behind the art.

Overall, we greatly exceeded our goals. The contest will become an annual one, and we can't wait to see what happens next year! 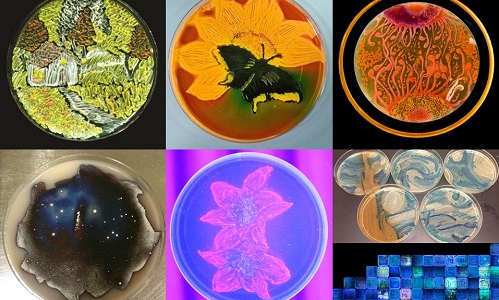 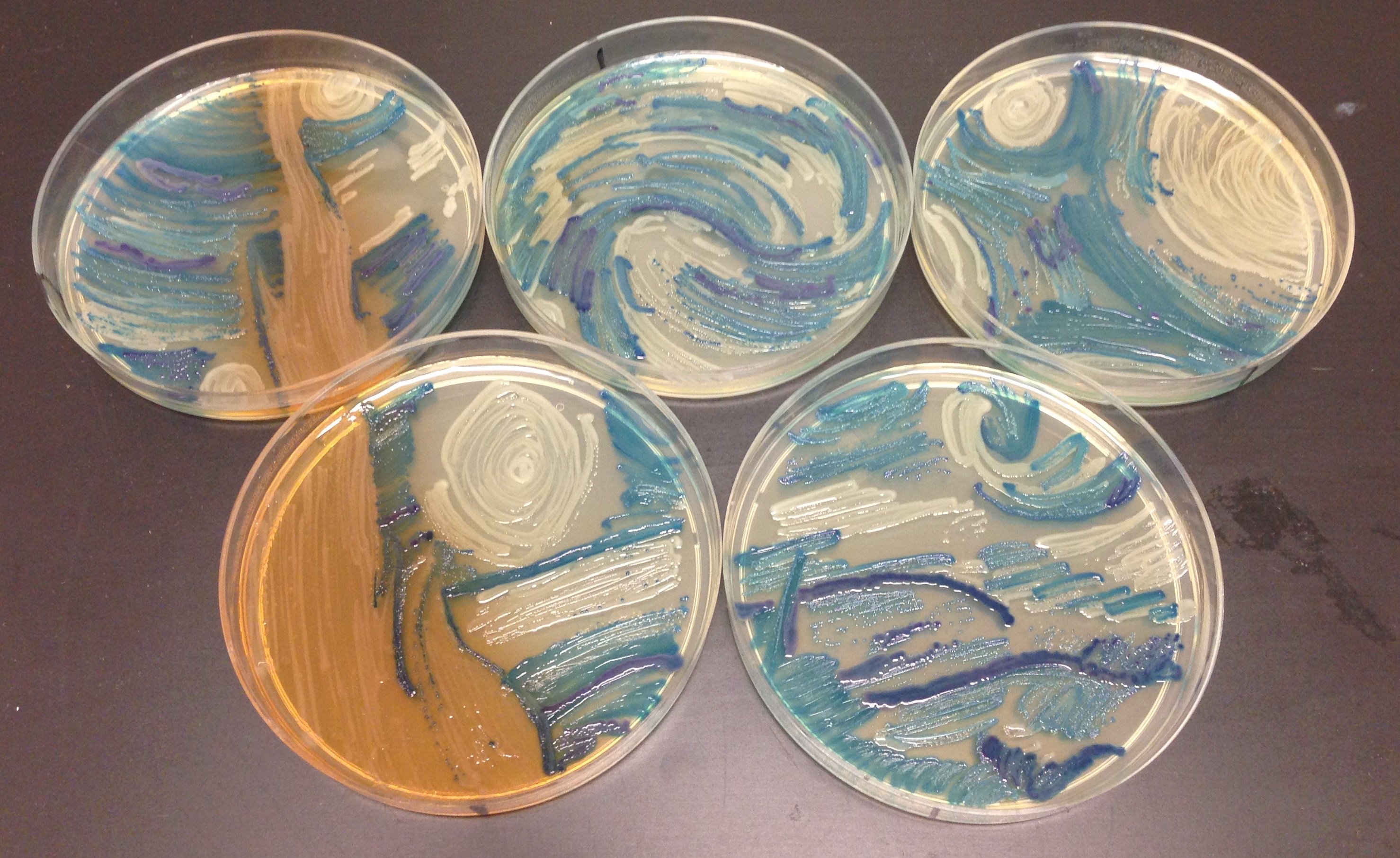 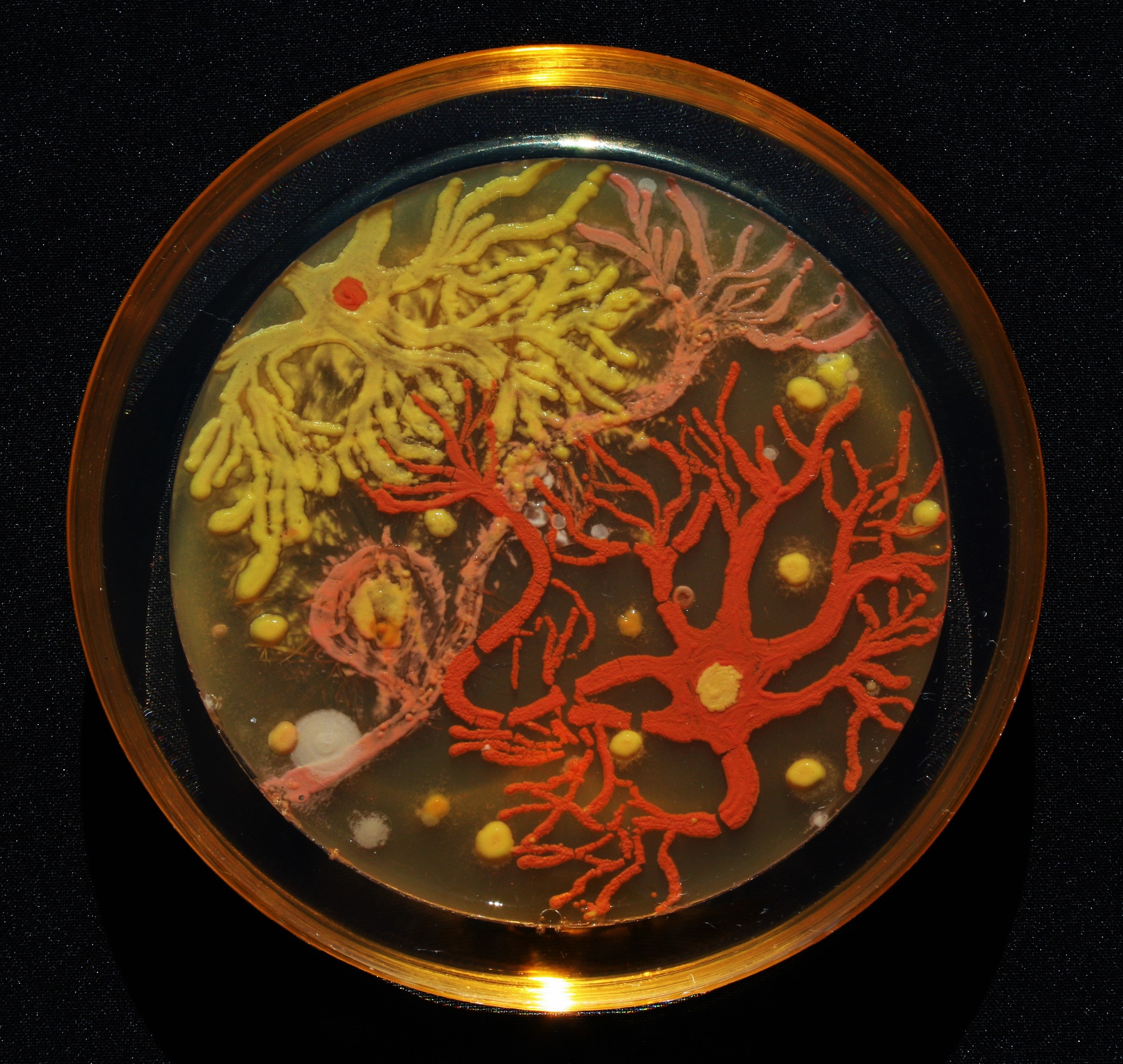