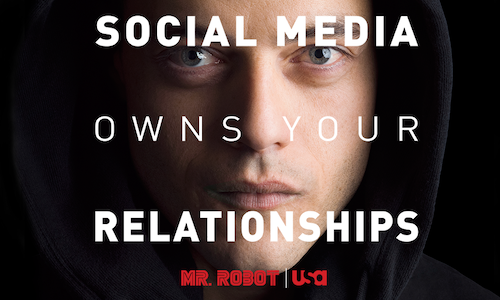 The World Through Mr. Robot

In Spring 2015, USA Network partnered with VaynerMedia to tell the story of Mr. Robot for the year we live in. Using an immersive and unapologetic voice along with an array of uniquely feed-stopping visuals, USA Network & VaynerMedia launched a season-long campaign hinged around realism, connection, and personalization. Through hyper-targeted content, real-world commentary, and unrelenting responsive messaging, we drove buzz and awareness, tune-in intent, and fan evangelism from the launch of our innovative pre-linear release throughout the season. In doing so, we focused on bringing Mr. Robot to the masses as opposed to bringing the masses us. To do this, we brought the series' themes to life as they applied to the real-world, as well as the interests of our fans. The result was a connected, attuned, and highly engaged social presence that gave fans a platform to talk everything Mr. Robot, a presence that quickly became the fastest growing social community of any new USA series.

The unique voice of Mr. Robot made its presence felt before, during, and after prime-time hours. We carved out a place in the real-world. Our content was less about education and exposition, and more about connection. Stark and uncompromising, our voice encapsulated the characters and world of the series, linking them to real-world sensations of anxiety, fear, and uncertainty being experienced across the country. In doing this, we were able to communicate in more urgent and authentic ways.

Through hyper-targeted paid media, which played to multiple niche audiences' interests, we drove a large and diverse fan base to tune in every week. Unique combinations of custom creative and copy were constructed to amplify themes we knew—through social listening—that our fan base related to most. While a techie would see an ad focusing on themes of hacking [see: Example 1], a comic-book enthusiast would be served an ad featuring the series' anti-hero protagonist against a pop-art, panel-styled background [see: Example 2]. As we tailored content, we fine-tuned our strategy to continually refine which individuals to pursue based on our observance across social media of fans' reception and reaction to our social content and the show itself.

Aside from tailored content and audiences, we also tapped into real-world happenings. Through in-voice commentary on real-world events, we reached the masses on more personal and palpable levels. We took on the news stories that echoed the show's most basic sentimentality, the news stories no other networks would talk about. By addressing hacks to extramarital dating site Ashley Madison [see: Example 3], corporate holidays such as Amazon Prime Day [see: Example 4], and national crises including the NYSE blackout [see: Example 5], we spoke to the world's fear of loss of privacy, security, and morality to build the world of Mr. Robot by embedding it within our own.

In addition to content, we leveraged community management to insert ourselves into the everyday lives of users. The result? A legion of superfans who lived and breathed Mr. Robot. Through these engagements, we connected with users on episodic events only to find the conversation evolving to discuss Mr. Robot's philosophy and the world at large [see: Example 6]. Taking engagements to the next level, we enhanced these individual interactions by creating personalized graphics that inserted users into the world of a paranoid hacker firsthand [see: Example 7]. Based on their engagement on social media, we sent exclusive merchandise to those members of our community who displayed a particular fascination for the show [see: Example 8]. With these different engagements, we were able to bring Mr. Robot into the lives of our fan-base to give them a deeper understanding and appreciation for the series while still driving them to meet network goals.

USA Network's approach saw tremendous reaction from fans. Content around timely news stories drove 173% more impressions than averages at the time. Our 10,000 personal responses on Twitter alone drove more than 8 million impressions. And, Mr. Robot's social media communities were the fastest-growing of any new USA Network series. Throughout the course of the season, we proved that viewership isn't only driven by tune-in directives, but by engagement and conversation. In pursuing grounded, personalized content and engagement, we were able to provide fans with a supplemental, in-world social experience for one of the hottest and most critically acclaimed shows for USA Network. 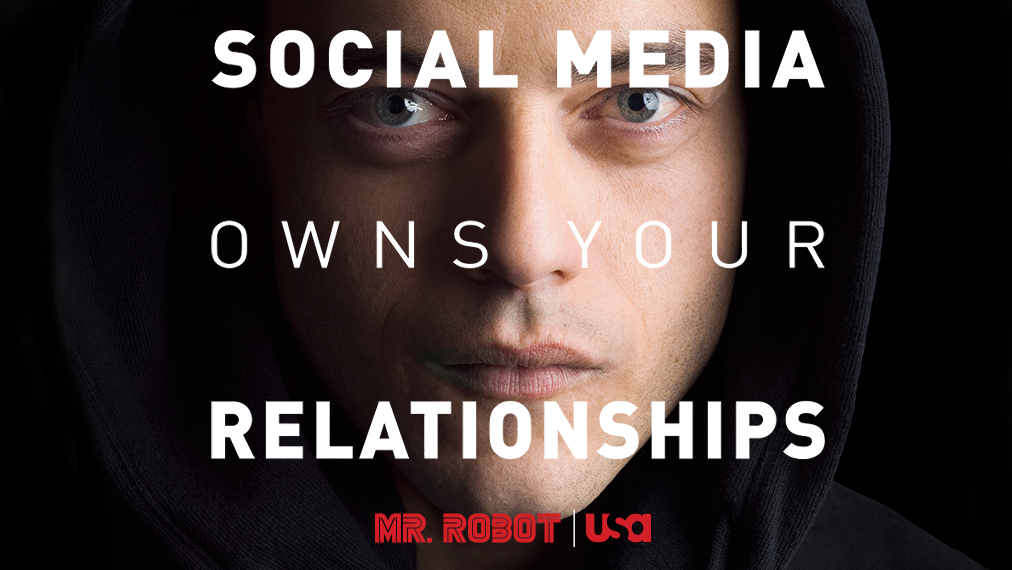