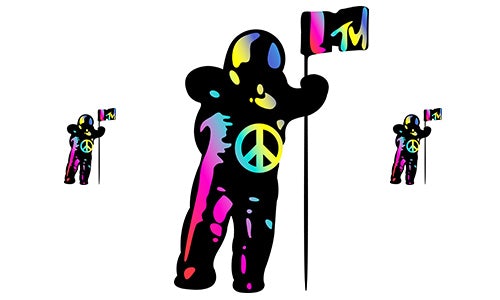 The "MTV Video Music Awards" have a long-standing history for multi-platform digital innovation, owed largely to MTV's commitment to reinvent the VMA experience year after year, ensuring the network's connected fans have access to the biggest, freshest, and most cutting-edge activations on multiple devices. In 2015, MTV worked with world-renowned fashion design Jeremy Scott to redesign and modernize the iconic Moonman award. While the redesign of the award was announced ahead of the VMAs, MTV wanted to find the perfect way to bring the new-look Moonman to the social masses in a fun, unique way. Since VMAs is already one of the most social television events of the year, the natural objective was to turn the new Moonman into a social emoji with the #VMA and #VMAs hashtag.

MTV partnered with Twitter and Jeremy Scott to design the perfect Moonman emoji to join the VMA conversation on Twitter with the #VMA and #VMAs hashtags in the days leading up to, during and days following the 2015 MTV VMAs.

By launching the emoji, MTV become the first TV network ever to specifically design and implement an Award Show emoji with Twitter. Once the emoji went live, MTV fans who tweeted using either #VMA or #VMAs, were able to unlock the emoji version of the new 2015 "MTV Video Music Award" Moonman designed by world-renowned fashion designer Jeremy Scott, created exclusively for this year's show. Already an iconic social event, the Moonman emoji reinforced the VMAs dominance as a driver of massive social conversation before, during and after the show.

Jeremy Scott officially introduced the emoji to the Twitter world by tweeting with the new emoji and encouraging his more than 377,000 followers to share the hashtags. Below are the introductory tweets for reference:

The 2015 "MTV Video Music Awards" Moonman encapsulated the true iconic essence of both Jeremy Scott and the network. From the distinct color of the TV color bars, to the peace sign necklace, to Jeremy's signature sneakers, the redesign of the Moonman statue was a part of MTV's long-standing history of bridging the gap between the world of fashion and music – which we all translated into the emoji. The new multicolored Moonman Twitter emoji reflects all of these features as well and allowed fans to interact and have fun with the redesigned Moonman while discussing the show on Twitter.

The 2015 "MTV Video Music Awards" were a groundbreaking success on Twitter, earning the accolade of one of the most Tweeted global events ever, generating a whopping 47 million Tweets. Nielsen also reported the show was the most Tweeted non-Super Bowl event in the history of their measurement, with 21.4 million Tweets in the US. The MTV VMA Jeremy Scott- designed Moonman emoji was active for the whole week of the show, appearing in both new and past Tweets that used either #VMA or #VMAs. By leveraging the custom emoji, MTV was able to creatively reach millions of fans around the world and introduce them to the new Moonman redesigned by Jeremy Scott in a truly unique and interactive way. MTV also continued its long history in award show innovation through the use of the Moonman emoji, becoming the first TV network ever to specifically design and implement an award show emoji with Twitter. 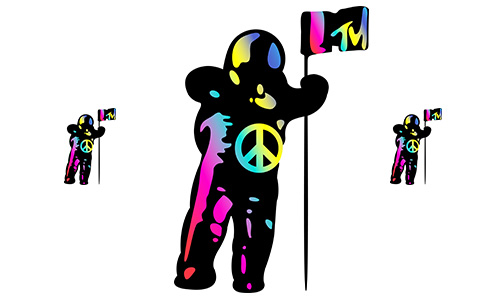