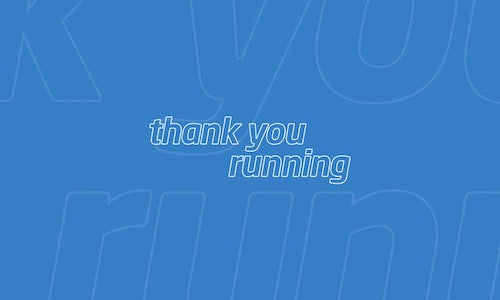 The competitive set for running shoes is packed. Brooks Running, the Berkshire Hathaway subsidiary, had a formidable challenge. How could the brand, loved by a loyal segment of hard-core runners, outpace deep-pocketed Nike and Asics and create ownership over the one of the biggest and most important days in the sport - National Running Day (NRD) - and the kickoff to the running season?

While our competitors focused on touting their product benefits in marketing efforts supporting National Running Day, we chose to break from the pack and unleash the passion runners feel about their sport.

We created an emotional campaign to celebrate the special reasons that inspire runners to "run happy." Dubbed "#thankyourunning," the campaign rallied around the insight that no one ever goes for a run and regrets it.

We had two focused objectives:

• Increase total social mentions of Brooks that continued beyond NRD.

Our strategy was to take a step away from product promotion and turn to an emotional campaign to ignite runners' love and passion for the sport. We knew our approach might be risky, but with competitors talking about new features - from Asics touting their Gel technology to Nike driving conversation around, well, everything - a departure from the commercial to a focus on gratitude was something we believed consumers could rally around. Brooks has an amazing, engaged following on social media of more than 1 million runners, so establishing a human connection via their multiple digital touchpoints was key.

We chose National Running Day (NRD) as our kickoff because we were convinced that stealing our competitors' thunder at the start of the running season would create lasting momentum for Brooks.

Author Katherine Switzer said it best in 26.2: "If you are losing faith in human nature, go out and watch a marathon." During the three-month campaign, we asked our audience to share how they say #thankyourunning in a number of ways designed to generate conversation, awareness and affinity for Brooks.

On NRD, we invited runners everywhere to share their #thankyourunning moments via social media. Brooks led by example creating an array of clever, quippy visuals that resonated with runners and provoked discussion. Using social listening, we sourced the best personal stories and surprised runners with unique versions of their content to inspire social sharing; some were turned into hand drawn illustrations, others animated into GIFs. Stories from around the world - Malaysia, Canada, the Philippines and more - were aggregated in a global hashtag gallery.

To grow the story and attract runners outside of the Brooks franchise, we executed a strategic paid campaign and partnered with leading running influencers - from individuals known for hitting the most scenic trails to elite athletes who Brooks sponsors. Influencers were invited to share their stories via Instagram takeovers, and help lead Twitter chats to ensure the message was spread throughout the social universe. Sustained #thankyourunning content - think running postcards featuring locations around the globe and animated videos - was delivered to global regions throughout the campaign to ensure different markets could partake in the campaign on their own terms.

Our campaign culminated in a global sweepstakes that rewarded fans who shared a photo or video of their #thankyourunning stories with the chance to win a once in a lifetime experience - a trip for two to run Amsterdam and attend the Brooks-sponsored 2016 European Athletics Championships. To spread the word about the sweeps, Brooks sent an email to its database and published a blog post, while banner ads on RunnersWorld.com drove added visibility.

• Brooks dominated share of voice. By tapping into social media conversations runners were having around NRD, we seized the opportunity to seed and spread our story. Inclusion of #thankyourunning or Brooks in conjunction with NRD topped all competitor mentions including Nike and Asics.

• Our community showcased the humanity in The Run and advocates became evangelists, producing nearly 9,000 passionate, often times inspiring community-driven stories that Brooks used to capture attention and continue the movement of gratitude beyond NRD. The #thankyourunning community extended to 16 countries around the world.

• The average passion of a social post mentioning Brooks increased by 75% on National Running Day, which can be attributed to fans sharing stories such as, "running has changed so much in my world over the last two years, few things beat going for a run"

• The #thankyourunning campaign fostered a larger dialogue than we could have imagined: we ignited a contagious "thank you" movement that increased total social mentions of Brooks by 32%, and overall brand sentiment rose 3%.

• In the three months following NRD, Brooks saw a 13% increase in both website traffic, as well as search traffic, while the average site visit went up by 12%. 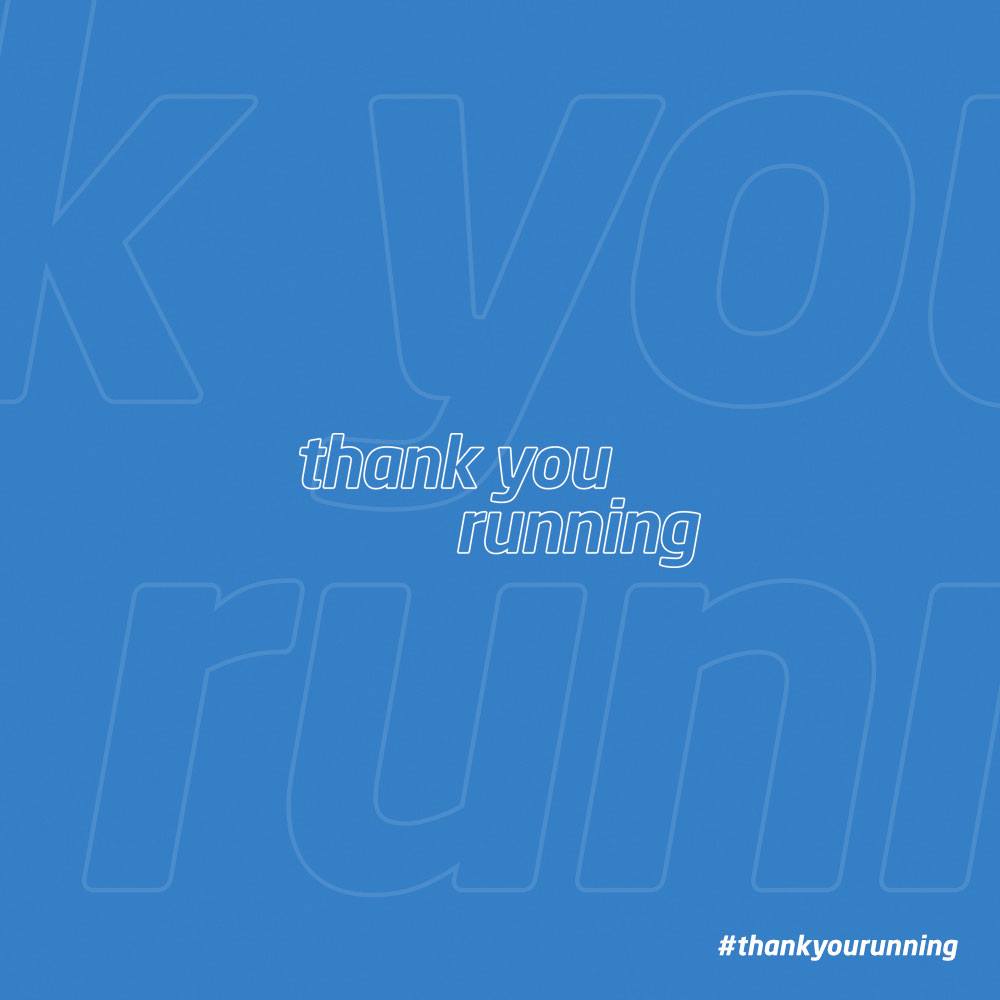 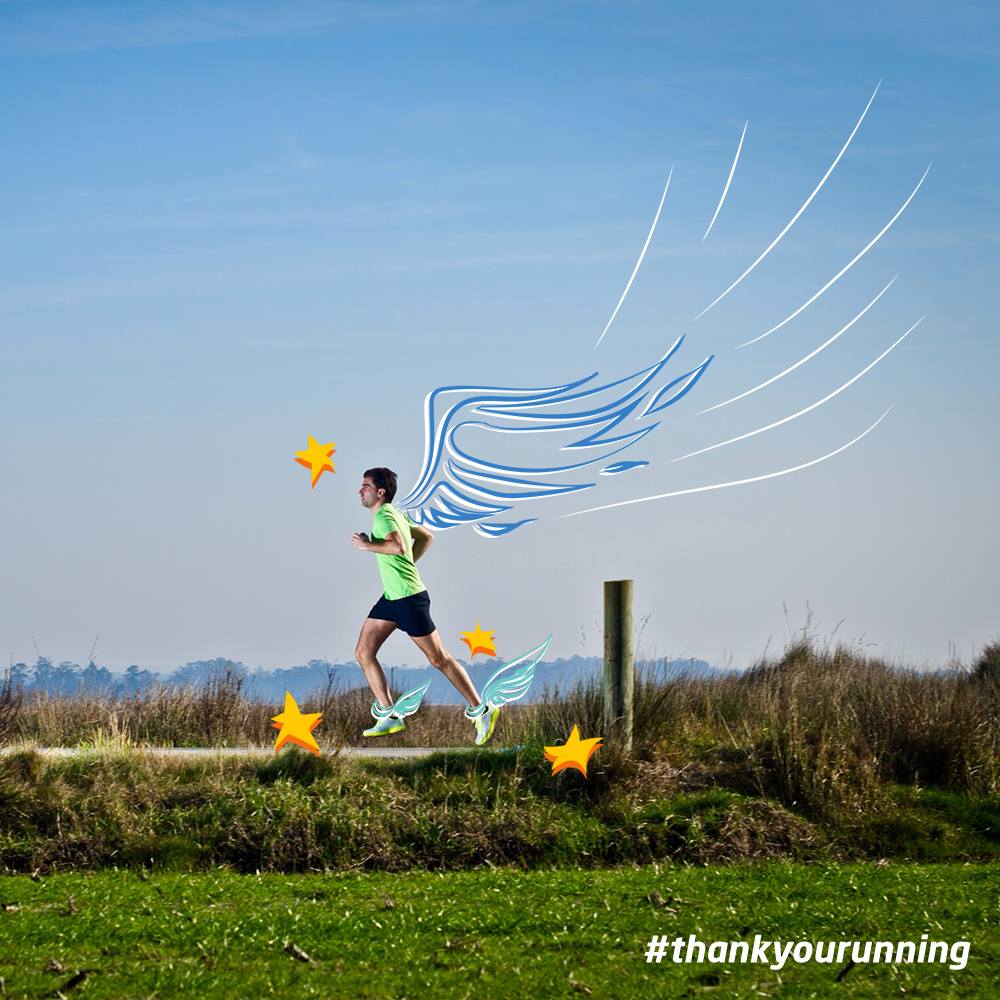 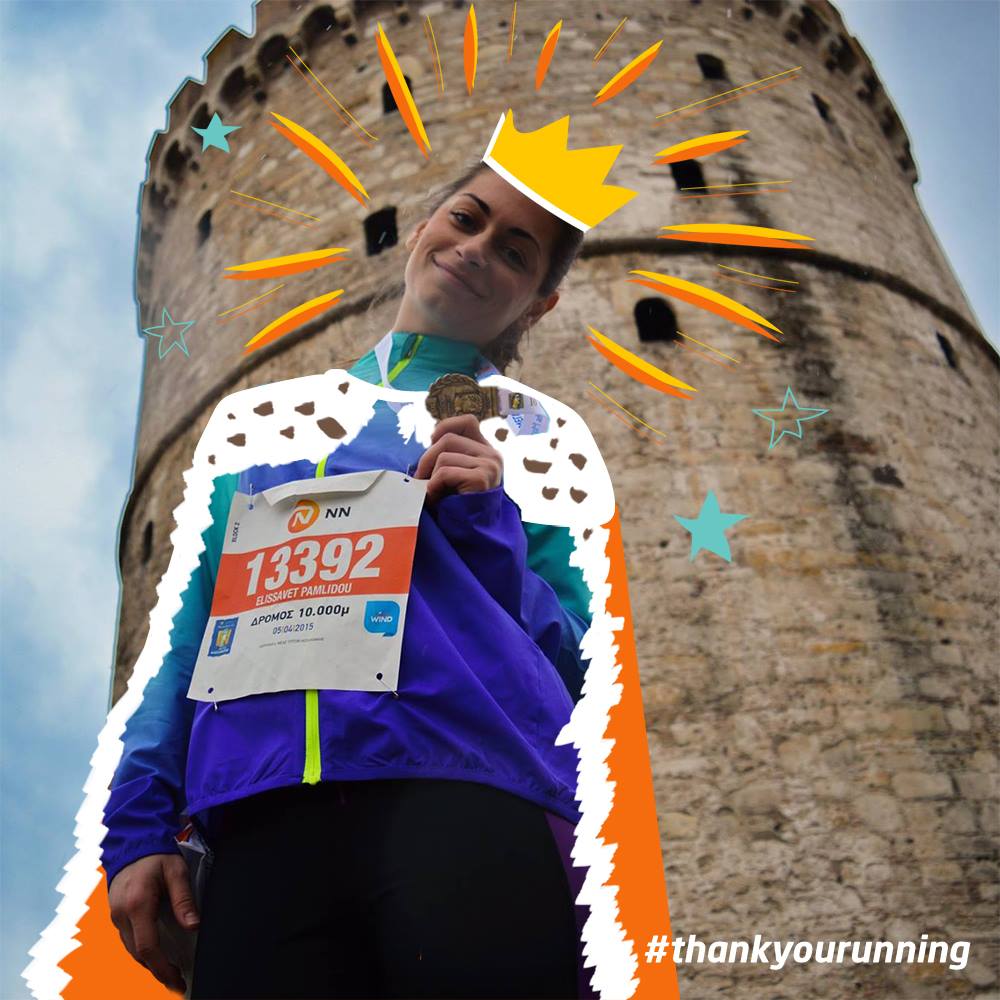