Big cats in the wild are disappearing at an alarming rate. As an organization that is deeply passionate about animal conservation, National Geographic's viral campaign, "5 For Big Cats," timed around World Lion Day (August 10), aimed to spread awareness about the plight of big cats and raise funds for National Geographic's Big Cats Initiative which is committed to researching and saving these majestic animals.

National Geographic created posts on all social media platforms (Facebook, Twitter, Instagram, Google+) asking their fans to give us a virtual "high-five" - a photo, video, or drawing of themselves giving a high-five, using #5ForBigCats - and give $5 to the Big Cats Initiative. The goal was for fans to create a viral campaign that raised awareness for these endangered animals.

Posts (like this example) educated viewers by explaining the dangers big cats face, and linked to our donation pages to provide opportunities to help.

National Geographic saw a tremendous response to the campaign and overwhelmingly exceeded our goal, raising close to $200,000 -- including a large gift from Arnold Schwarzenegger and participation from Leonardo DiCaprio, Ashley Judd, and thousands more. Other celebrities and brands included:

There were over 32,000 mentions of #5ForBigCats by the end of the campaign, helping National Geographic explorers to protect big cats around the world. Funds raised went towards building fences to protect livestock, avoid retaliation hunting, and combat poaching.

The 5 for Big Cats campaign is helping to protect the environment cats need in order to survive.

Video for 5 for Big Cats 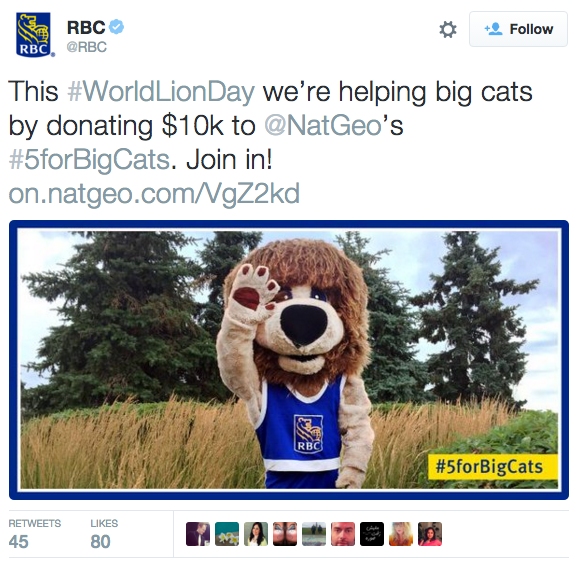 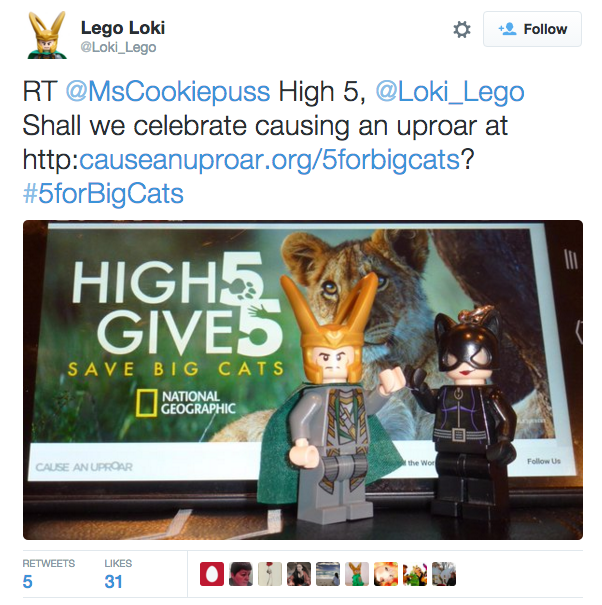 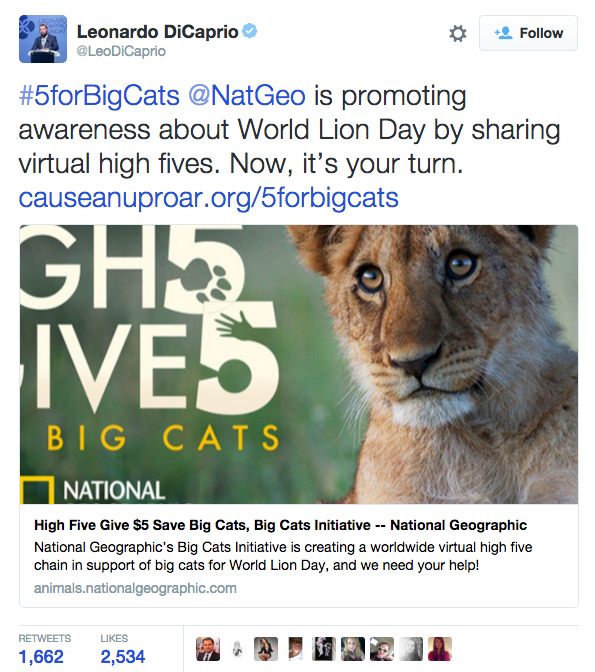 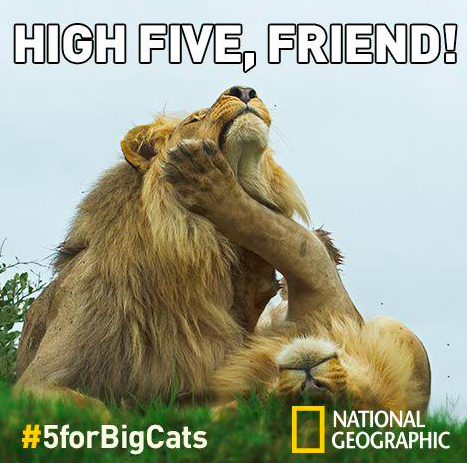 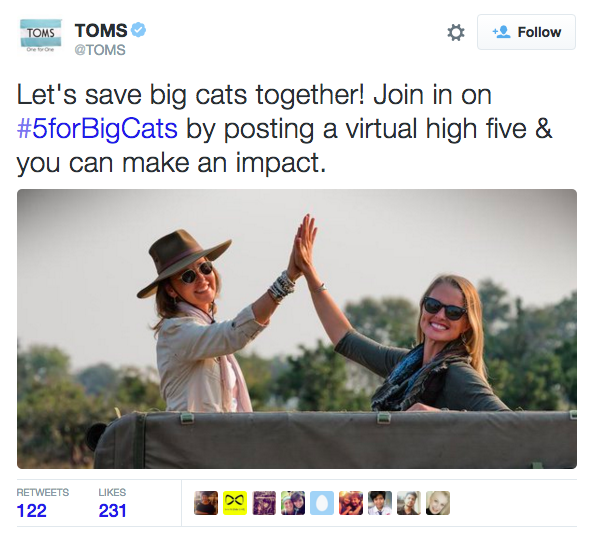 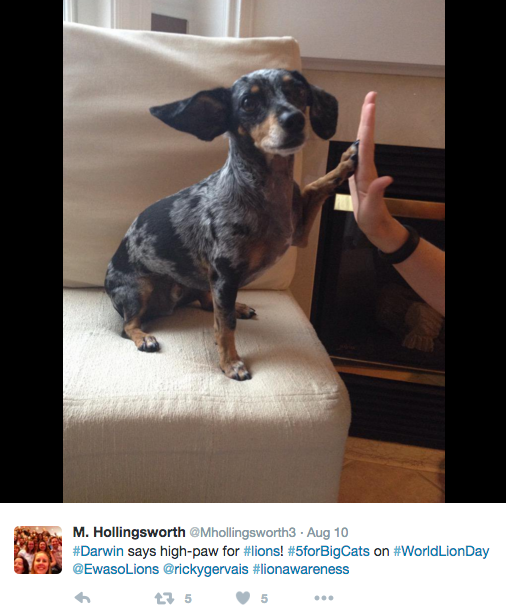 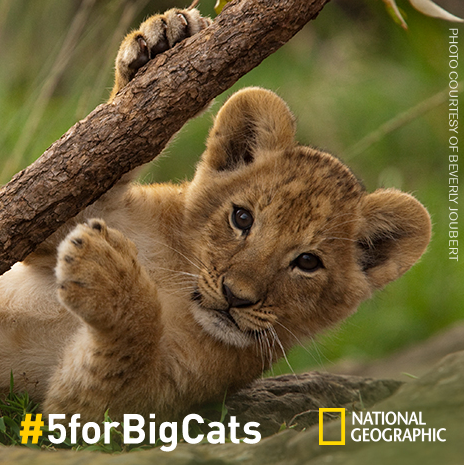