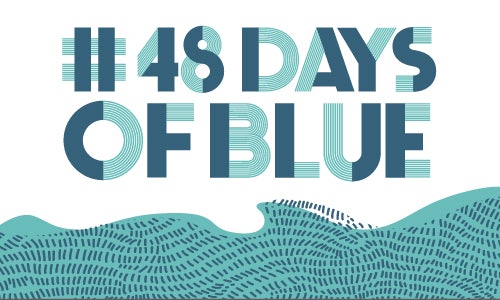 More than 70 percent of the Earth's surface is water. But despite the fact that our planet is blanketed in vibrant shades of blue, the environmental movement has a strong "green" identity.

The National Aquarium's objective for 48 Days of Blue was not only to increase awareness of the role the ocean plays in the health of our planet but to also encourage action. We did so by utilizing social media as a tool to both inform and connect people. Our goal was to develop a community of change-makers, translating digital engagement to meaningful real world action.

For the 48 days between Earth Day (April 22) and World Oceans Day (June 8) we challenged individuals to make small behavioral changes that positively impact the environment, such as skipping the straw, visiting a farmers market and shortening a shower.

We wanted to convey that whether you live down the street in Baltimore, Maryland, or are studying in a classroom in Lima, Peru, our challenges are similarly difficult and our collective impact is equal.

Through 48 Days of Blue, we aimed to demonstrate the impact our daily choices have on our blue planet and to strengthen the online community's awareness and interest in our mission to inspire conservation of the world's aquatic treasures.

For the 48 Days between Earth Day on April 22 and World Oceans Day on June 8, we challenged the public to give back to our life-sustaining blue planet on the premise that small actions can make a great impact.

We modeled 48 Days of Blue after other successful, challenge-based models, such as personal health and fitness campaigns, with an added element of social good. 48 Days of Blue aimed to connect personal relevance and impact to greater issues of environmental health.

Data collected by our conservation research team helped inform which behavior changes might offer the least barriers, encouraging participants not only to accomplish the challenges but to stick with the campaign for its duration.

48 Days of Blue launched on Earth Day, inviting participants to join us in tackling a new conservation challenge each day until World Oceans Day. The campaign reached nearly 1.8 million online users by the end of its first week. Daily challenges were delivered by email. We also offered users the opportunity to receive emails twice a week rather than every day if they preferred fewer emails.

Each challenge was framed in a fun, engaging and approachable way, and designed to fall under one of four categories: energy, water, plastics and sustainable living. We reserved weekends for more time-intensive challenges, such as finding your local community garden, as well as for tasks that were more likely to take place on the weekend, such as laundering clothes in cold water. Interspersed throughout the campaign were days of reflection, highlighting the broader environmental impact of things like plastics and water consumption.

Each day's challenge was paired with information detailing how the action contributes to the health of our blue planet, many utilizing social math to put the environmental impact in perspective. For example, Americans use (and throw away) approximately 500 million plastic straws per day—enough to fill 127 school buses.

By visiting the 48 Days of Blue website, users could find additional resources to help complete each day's challenge. Participants were also encouraged to join the conversation by sharing their thoughts, accomplishments, questions and obstacles around each challenge using #48DaysofBlue.

Comments, photos and more were shared in real-time on the 48 Days of Blue homepage, to create a greater feeling of community engagement. In an effort to spread the word, we partnered with like-minded organizations, such as the National Wildlife Federation, Oceana, the Nature Conservancy, Discovery Channel and others.

Encouraging participants to check-in using #48DaysofBlue allowed us to track engagement in real-time. Daily challenge emails directed users to the website where they could check a box indicating they completed a challenge.

At the campaign's conclusion, we used this information to calculate overall impact, not just examining how many people actively engaged with us, but also detailing how much social good we accomplished together.

In its first week, #48DaysofBlue reached nearly 1.8 million online users. We saw visitors not only from the U.S., but also from Canada, the U.K., Australia, Germany, Mexico, Panama, Brazil, Spain and the Netherlands, among others.

Following the campaign, we distributed a survey for feedback on the overall success of 48 Days of Blue. More than 50 percent of respondents said they started skipping plastic straws because of the campaign. Additionally, more than 40 percent were inspired to shorten their showers, unplug for 20 minutes, skip the oven preheat and ditch products containing microbeads.

Based on the number of challenges completed, we determined that we kept 29,486 lbs of plastic from entering landfills. That's the weight of about 10 female hippos. We saved the equivalent of 17.8 Olympic-sized swimming pools of water—11.7 million gallons—and conserved enough energy to power a modern American home for six weeks 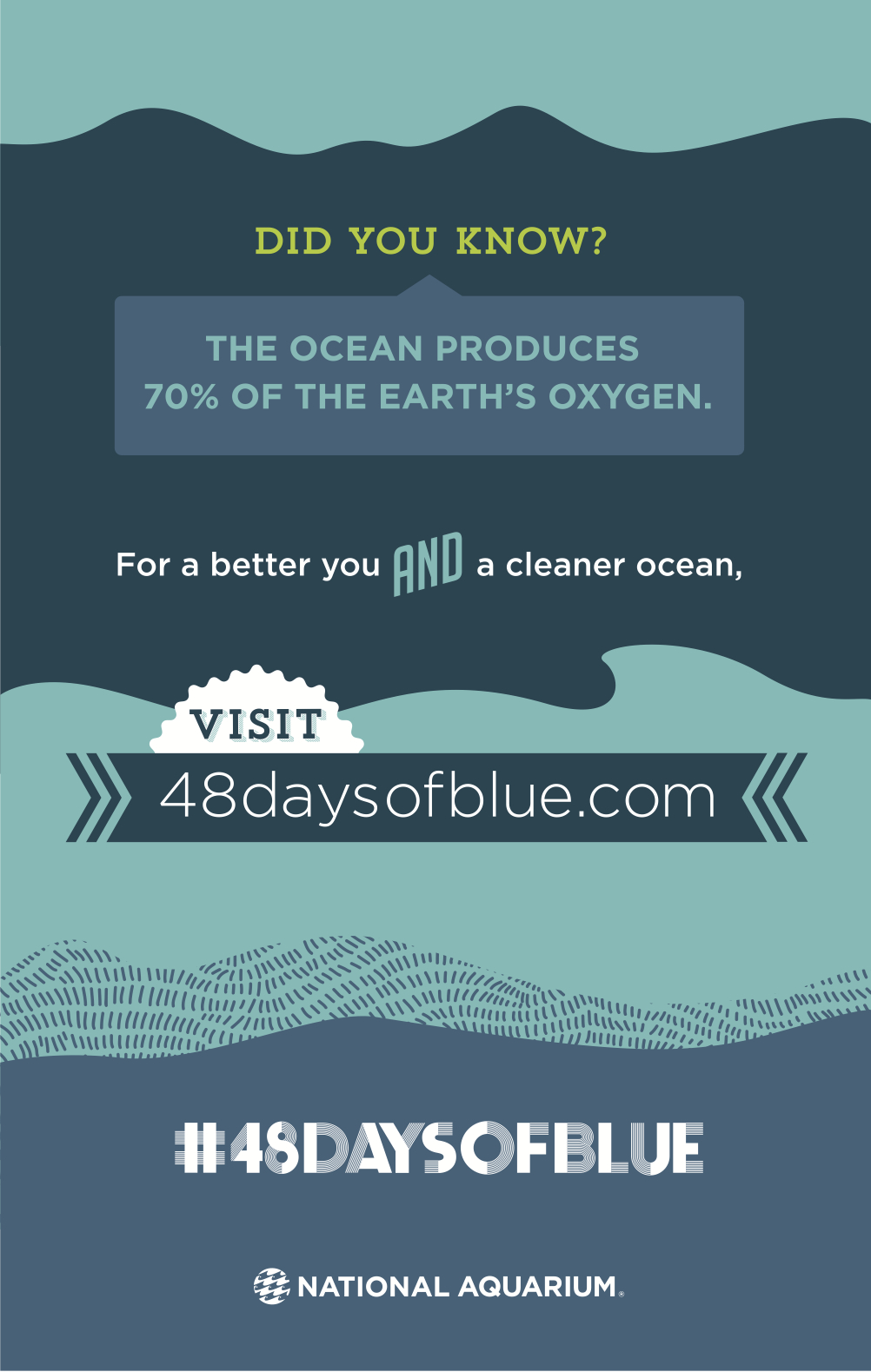 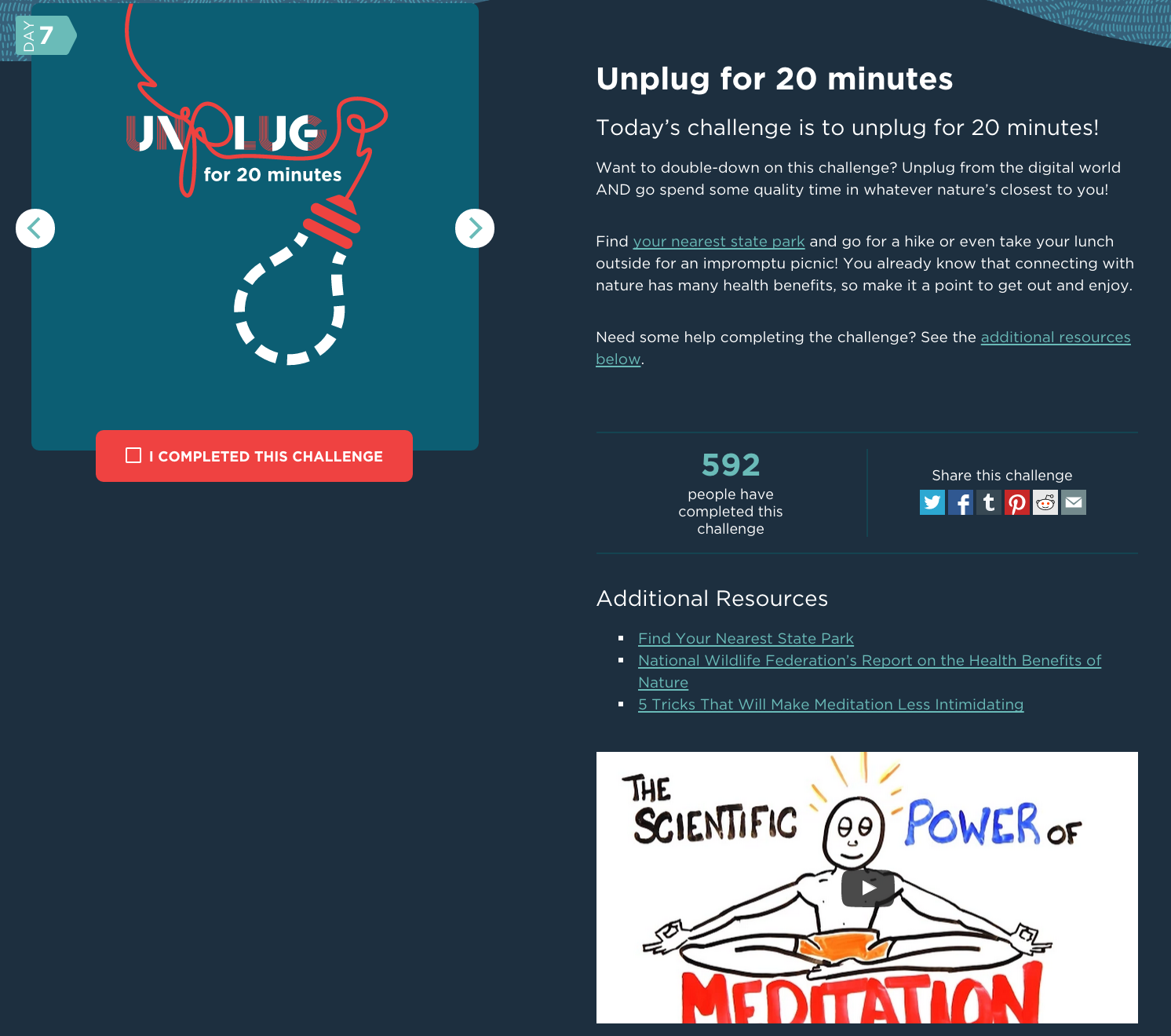 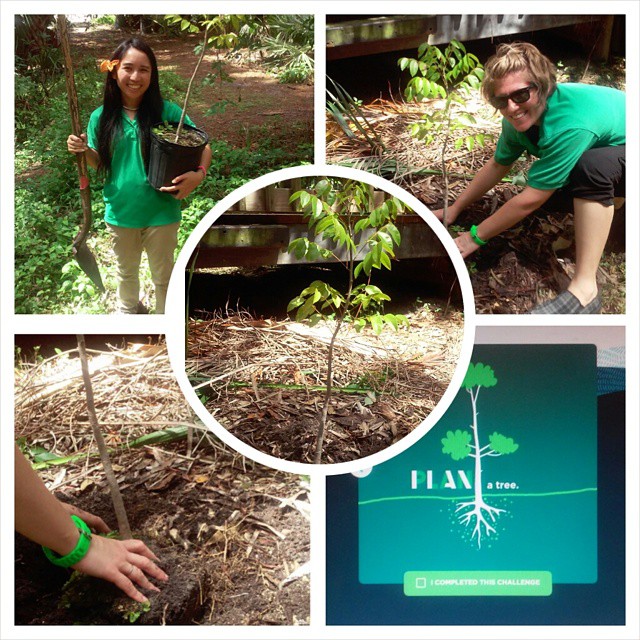 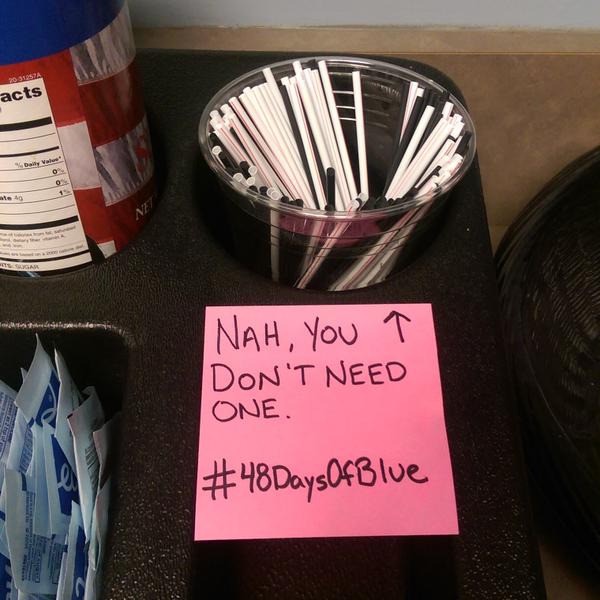 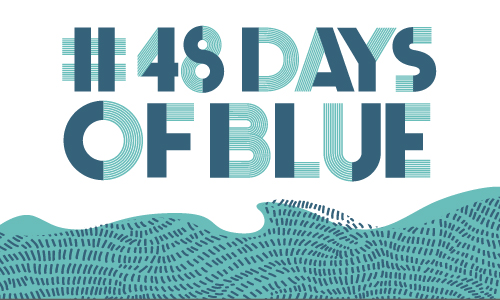 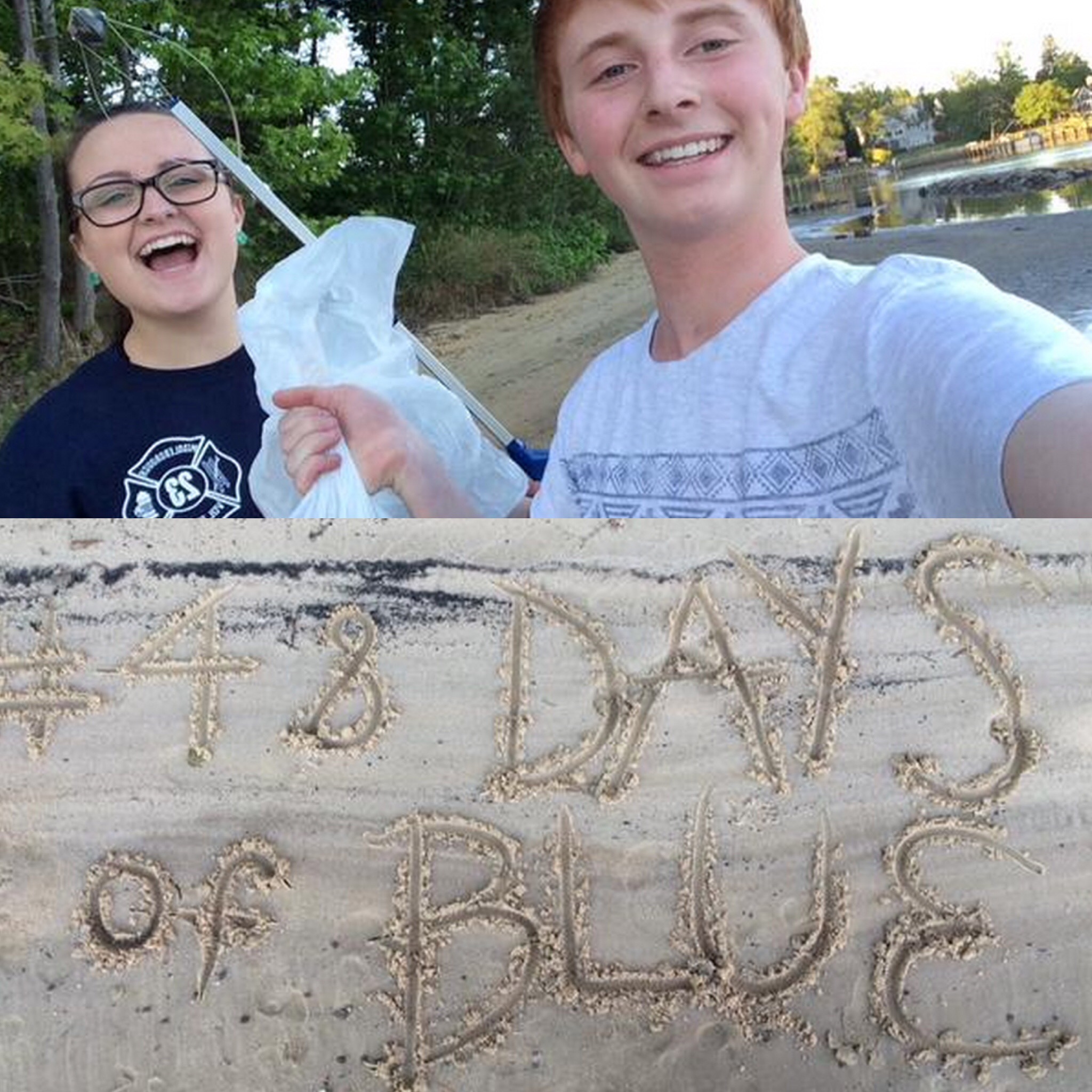 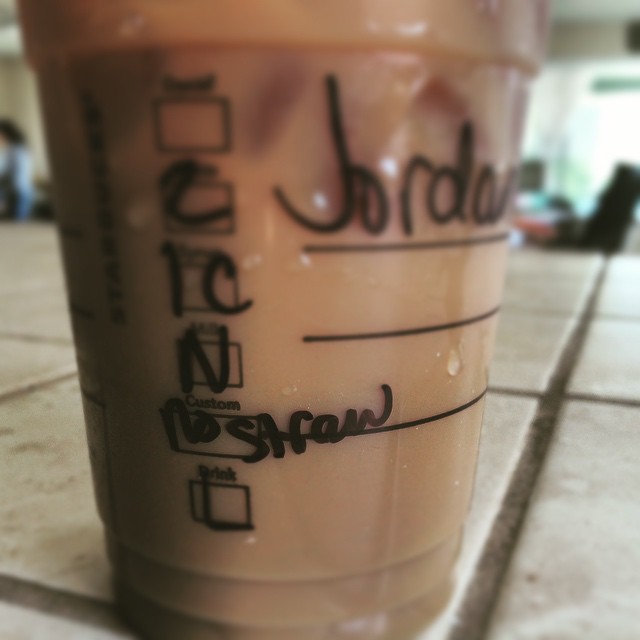 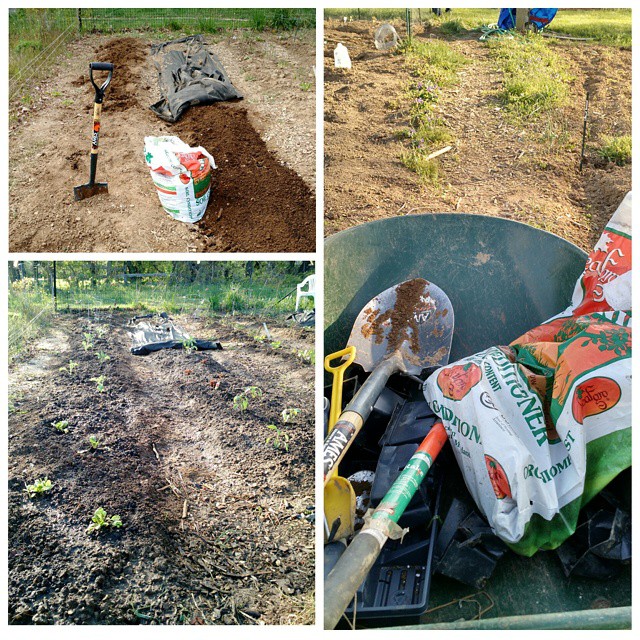 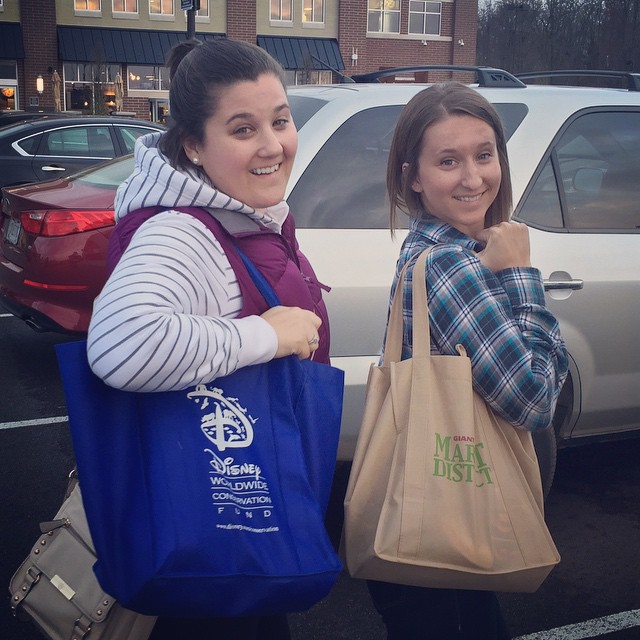