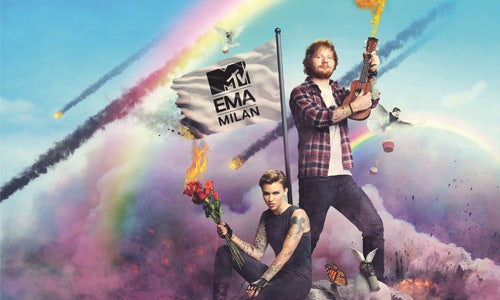 The 2015 MTV EMA—billed as 'a cute and badass show'—was the year's biggest international music event, broadcast live from Milan on 60+ international MTV channels. The attention of our target audience—young music lovers around the world—is increasingly difficult to capture, and so our challenge was to create a campaign across platforms that engaged and delighted them through new, innovative content, and the exclusive access to artists that they crave. Specifically, we wanted to see their passion come to life on social media, and to measure their engagement through video views.

Our audience hails from around the globe, but they have one thing in common: Fandom. We rallied that fandom on local and international scales, starting with a pre-nomination phase where fans nominated local artists to compete in a regional EMA category (Best Italian Act, Best Brazilian Act, etc.). In under a week, we saw over 20 million votes, reinforcing the EMA's status as a uniquely global event.

Fandoms were again thrown into a frenzy when we announced 2015's nominees via the MTV International Snapchat Discover channel. They voted in droves on 34 regional mtvema.com sites, localized into 18 languages, and the MTV EMA app, which has been downloaded almost 1 million times. They also voted via hashtag for the hotly contested Biggest Fans category, which featured longtime favorites Justin Bieber and One Direction.

During the six-week campaign, we created fan-centric content for our sites, app, and social accounts, such as: #tbt videos showing the best of EMAs past on Instagram; #EMAFansHaveSpoken features incorporating fan tweets into site editorial; video shoutouts from the nominees themselves as mtvema.com exclusives; Vine tap games to predict winners, and more.

The voting, videos, and constant social conversation led up to the big event – on 25 October, we pulled out all the stops to put fans at the center of the EMA experience.MTVEMA.com and the MTV EMA app livestreamed the main show, red carpet show, and 6 behind-the-scenes webcams users could toggle between. And we were the first-ever global music award show to livestream in virtual reality, with the EMA app offering a VR stream of the red carpet and show stage, so viewers got an immersive view of performances by artists like Pharrell Williams and Fifth Harmony.

MTV UK VJ Laura Whitmore hosted a live digital-exclusive backstage show that streamed during on-air commercial breaks. Along with interviews with artists such as Justin Bieber and Macklemore, the segments showcased our fans, with footage of them singing EMA-nominated songs (submitted through the app's Sing It Feature) and their social posts reacting to the show.

This year the EMAs' social media presence and on-the-ground coverage expanded to include Periscope, Snapchat, and Instagram's Boomerang app. VJ Becca Dudley gave a backstage tour via the MTV EMA Periscope account, with fans' 'hearts' dictating where she would go next. As artists came offstage during the show, the account streamed 60-second interviews, reaching 30,000+ live viewers. We partnered with Snapchat for a Live Story, with red carpet, backstage, and main show coverage. EMA geo-filters were available for fans to use in their own snaps. We posted Vine and Facebook videos of buzzed-about moments in near real-time. 22 social influencers from around the world, including King Bach, Ricky Dillon, and Hugo Gloss, were on the scene sharing their EMA experience with their followers. And after the show, fans and celebs alike continued buzzing about the epic event they had just watched, contributing to 37 worldwide Twitter trending topics; 400+ local trending topics, and a #1 worldwide trending Twitter topic.

The 2015 MTV EMA digital and social campaign captured attention and converted it into engagement and conversation through engaging content across platforms, access to the world's biggest music artists, and channeling of fandom. Fans cast 600+ million total votes, generated 309 million social mentions, and devoured videos across platforms, with 54 million views. #MTVEMA was one of Twitter's top 10 trending topics in music in 2015. Our 2015 MTV EMA digital and social campaign was groundbreaking, engaging, and…well, badass. 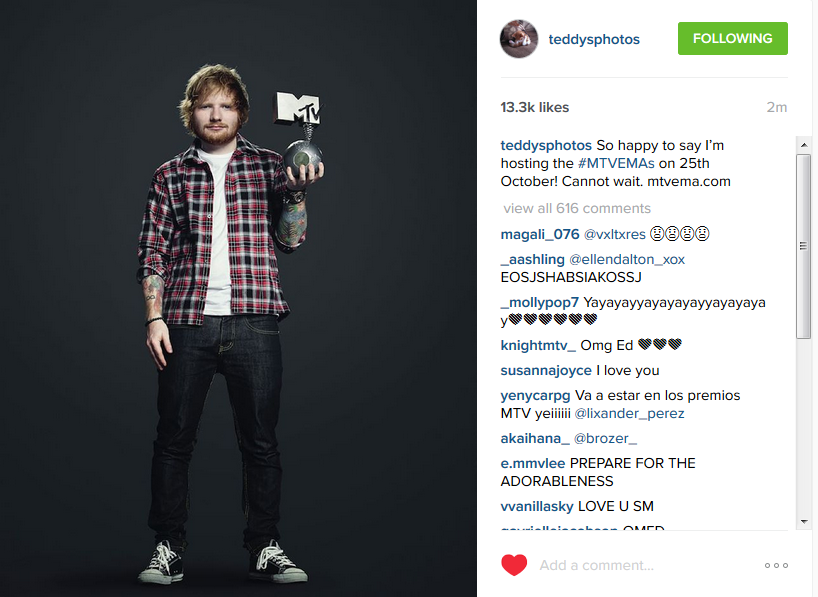 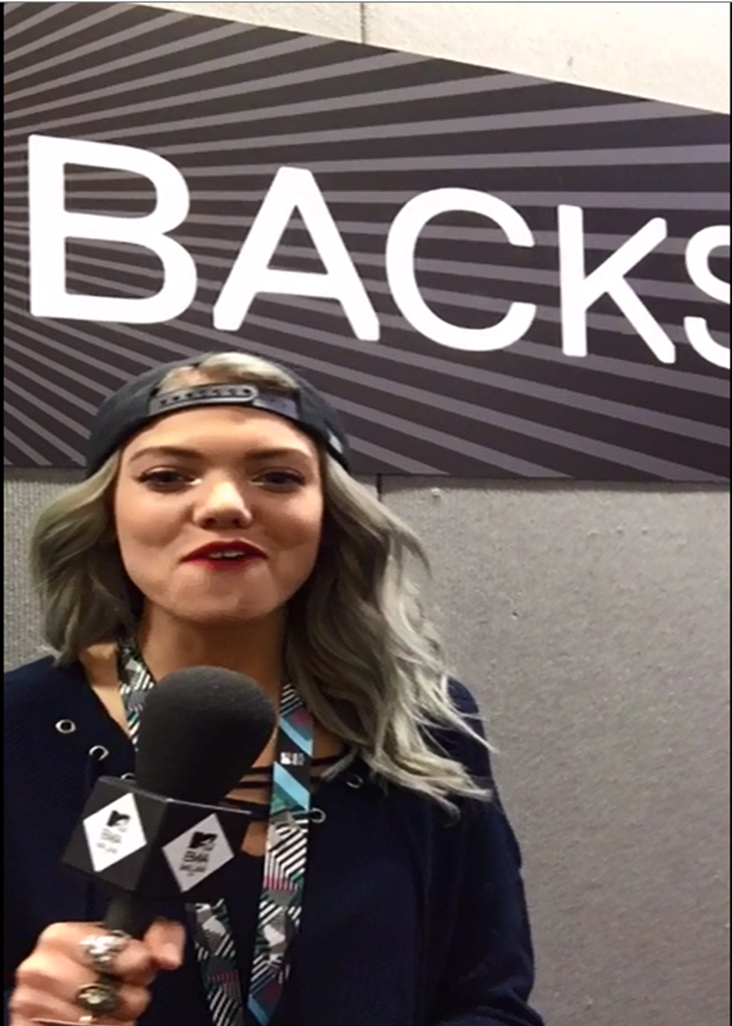 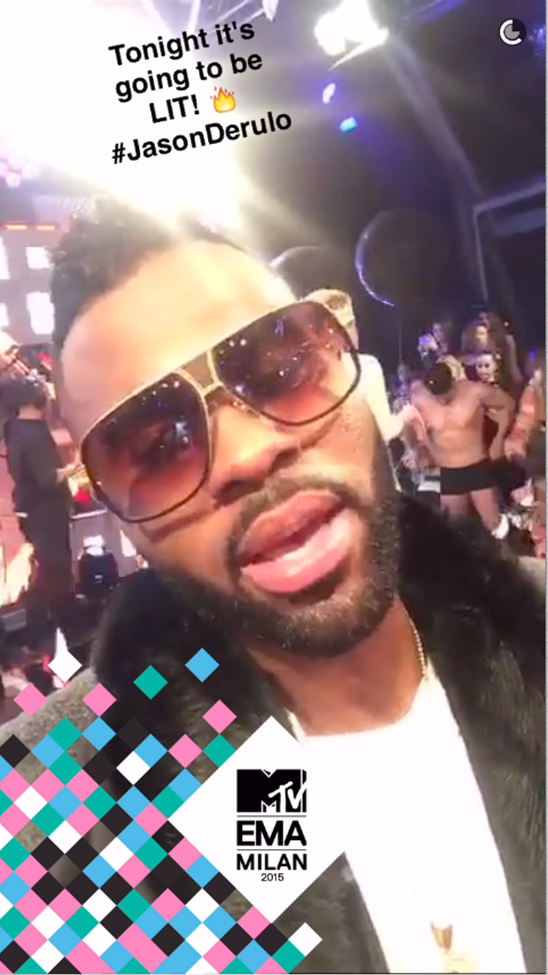 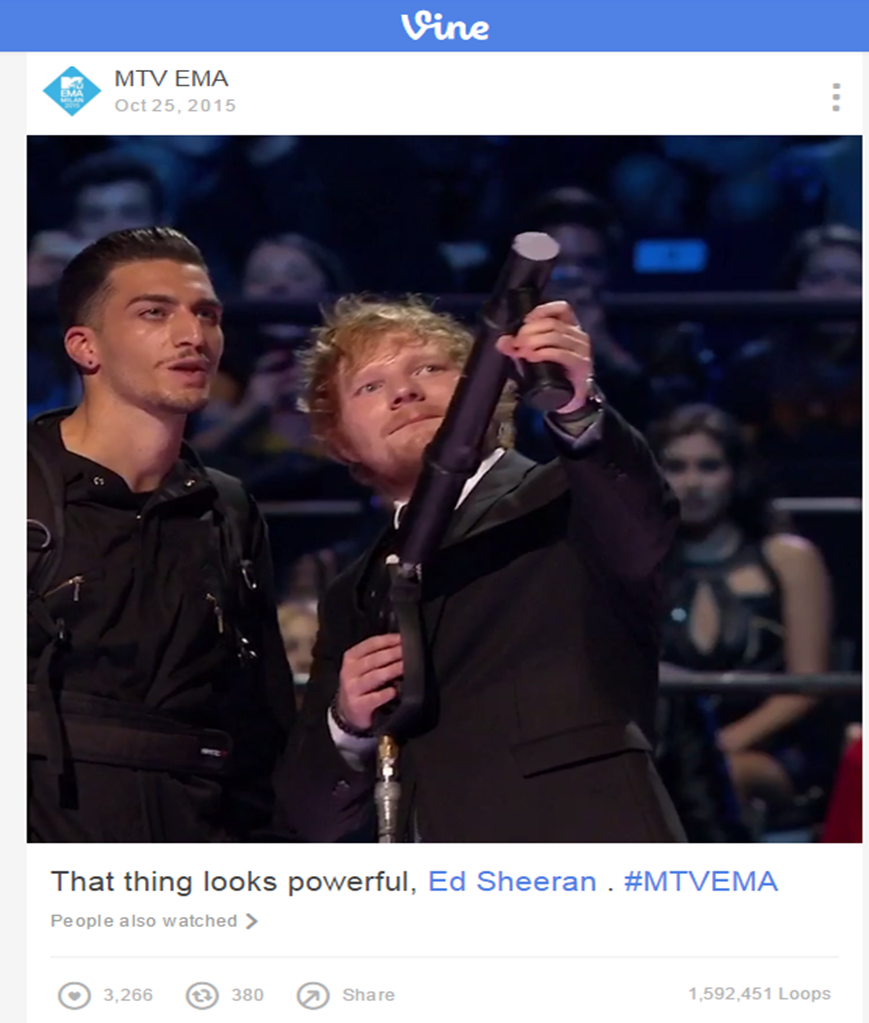 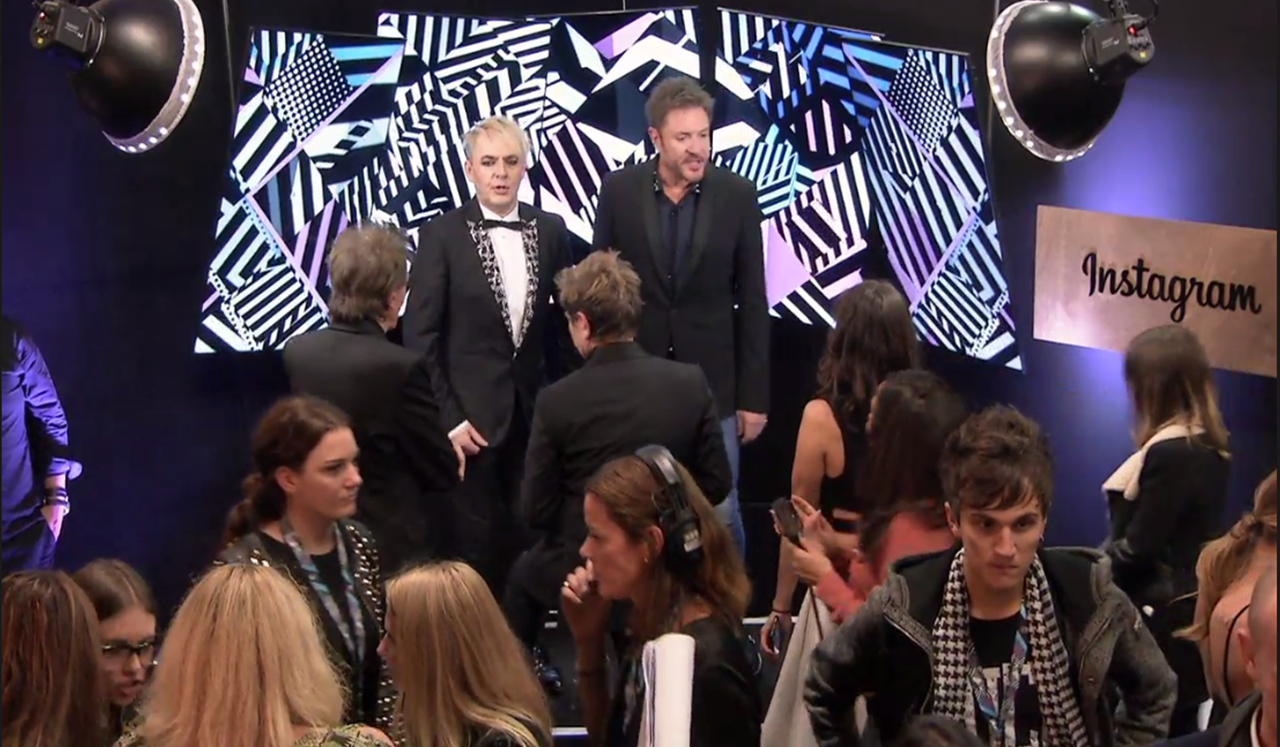 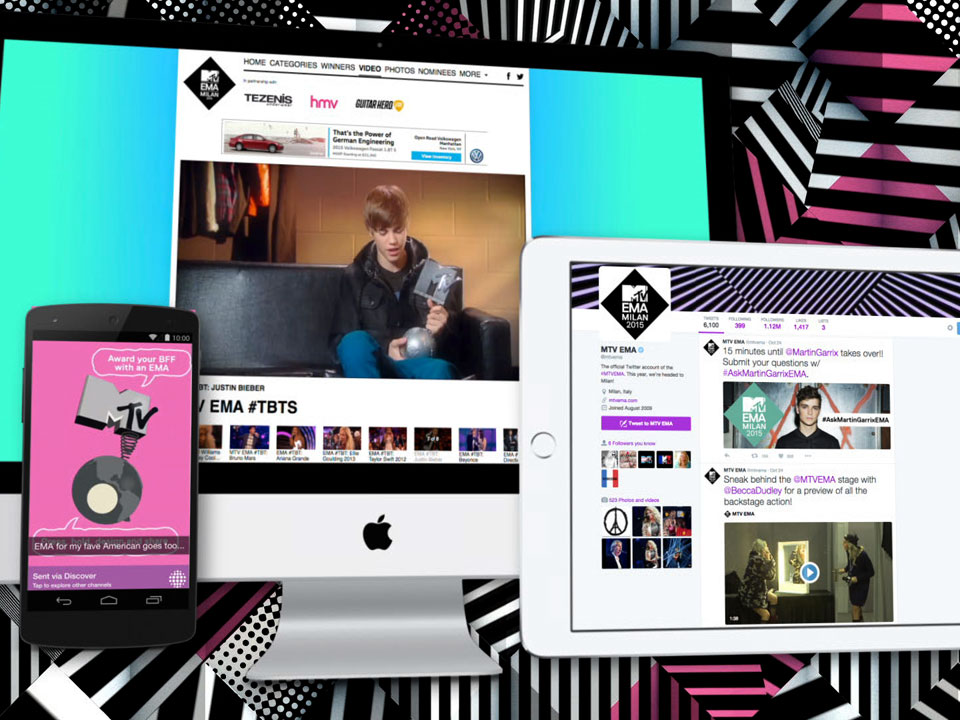 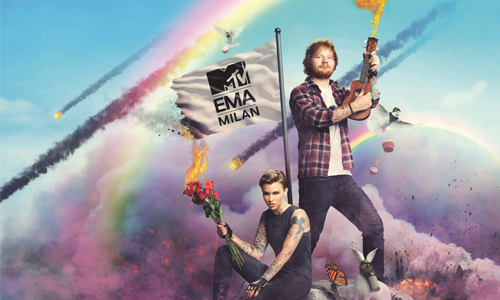 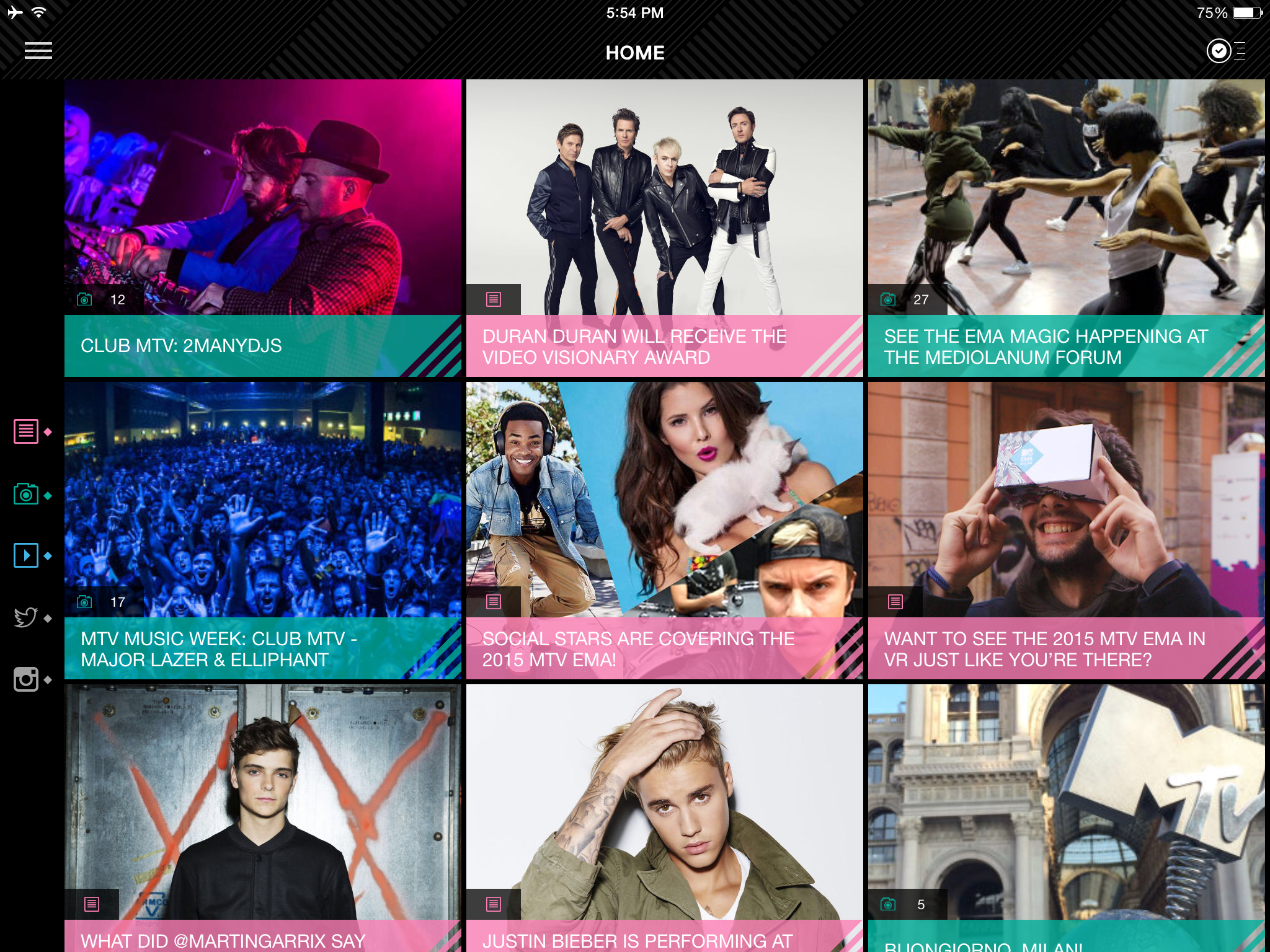