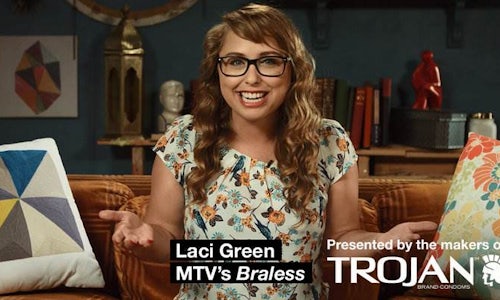 In 2015, MTV and Trojan partnered to build off of Trojan's successful 2014 Pro Social campaign and give the program an authentic, factual voice that would address the importance of condom usage among Millennials. Trojan's Pro Social Initiative aims to educate people on the importance of using a condom each and every time, having the conversation with your partner about using protection and feeling empowered to buy condoms and protect yourself.

Trojan and MTV tapped into the expertise of MTV's long-standing "It's Your (Sex) Life" responsible sexual health campaign in 2014 to start a conversation around the importance of safe sex and making condom usage a normative behavior among Millennials. Trojan and MTV's 2014 Pro Social Initiative campaign highlighted 'Co Zone Convo' on-air vignettes which featured narrative conversations between girls, guys and couples to hit on the importance of using a condom each and every time during every stage or 'zone' of a relationship

In 2015, peer sex educator and YouTube vlogger, Laci Green, was introduced to the program to build on the 'Co Zone Convo' and create content that was relatable to Millennials, breaking down the barriers around the condom conversation and arming them with the tools needed to practice safe sex. This peer-forward approach presented an opportunity to partner with a credible expert who was already having the conversation about sexual health, preparedness and protection with her 1.45MM+ YouTube subscribers. Laci served as the content anchor campaign, cultivating an authentic connection between fans and Trojan.

The program kicked off with the release of an MTV blog post debunking condom myths, penned by Laci, which lived alongside all campaign content in Trojan's custom hub at Trojan.ItsYourSexLife.com. Concurrently, three on-air interstitials launched adjacent to the original 'Co Zone Convo' vignettes, which featured Laci responding to the content and addressing the importance of condom usage.

Moving into the campaign, Trojan, MTV and Laci created a three-part digital series living on Laci's YouTube page, intended to remind viewers that condoms are the only form of birth control that protects against both pregnancy and sexually transmitted infections, and are 98 percent effective at preventing unintended pregnancy when used consistently and correctly.

In the first video, "How to Put on a Condom???", Laci offers an open step-by-step demo on the correct method for putting on a condom and the common mistakes people make when putting condoms. In "Talk Condoms to Me Bby", the second video, Laci reinforces the importance of having the conversation and using condoms at any stage in a relationship. The third and final video, "Condom Tips for the Ladies," stresses that women should not feel embarrassed or judged when buying condoms.

The condom conversation continued into the 2015 VMAs. Through a VMA promo and on-air content featured in the broadcast, along with red carpet interview that was pushed out through Twitter, Laci messaged the importance of always being prepared with your partner, during one of the biggest and most social nights of the year.

Trojan, MTV and Laci created nearly 20 pieces of custom content, all of which informed Millennials about safe sex in an engaging and authentic way 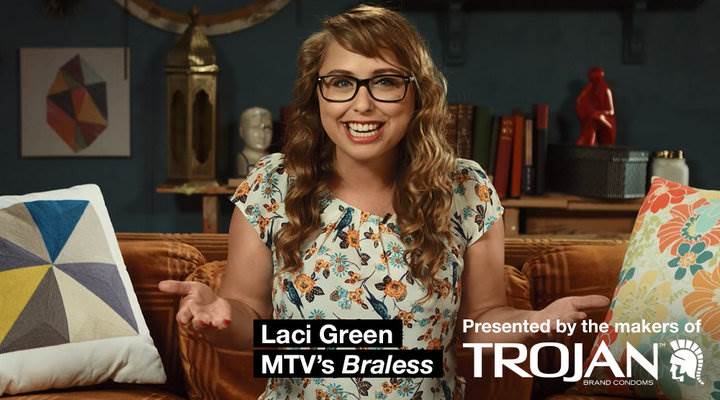