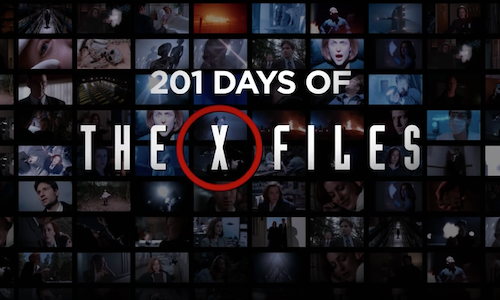 The objective of the 201 Days of The X-Files campaign was to engage the long-time fans on platforms where they've developed their fandom, and build new fans on social platforms that had yet to experience the greatness that is The X-Files! All in an effort to create & sustain excitement and social / digital conversations over the course of 8 months from the announcement of the premiere date, to the return of the limited event series after it had been off the air for almost 14 years.

In early 2015, FOX announced the return of The X-Files as a 6-episode limited event series. With the announcement we wanted to re-energize, create and maintain fan excitement from the premiere date announcement all the way through to the Season 10 premiere - over the course of 8 months.

The initial run of The X-Files contained a total of 201 episodes in its 9 seasons and as luck would have it, the idea struck just over 201 days from our premiere date!

Our strategy was to discuss and encourage viewing of every single episode of The X-Files in order, starting with Season 1, Episode 1 through to the Season 9 finale in an effort to create buzz social media for the series return in 2016.

In early July, we teased the launch date on Twitter with very little information, but plenty of intrigue: https://twitter.com/thexfiles/status/616729331348279297?ref_src=twsrc%5Etfw

On 7/7/15, we rolled out a custom video across all social platforms which kicked off the epic binge-watching marathon. The video included old footage and a sneak peek at NEW footage that fans couldn't wait to see.

Utilizing assets from the original series, we created content that felt new and fresh, yet familiar. We published GIFs and shareable images from each episode on Facebook, Twitter, Tumblr, Instagram and Fox.com EVERY DAY for 201 days.

Throughout the campaign, we engaged with fans, press & talent across all social platforms as they watched the series all over again. The X-Files stars David Duchovny, Gillian Anderson and Mitch Pileggi conducted live Q&As when specific episodes featured them and many notable guest stars caught on to the fun and posted about their experience on the show! (Seth Green: https://www.instagram.com/p/44zJVoA2Rt/?taken-by=s...)

By re-engaging "X-Philes" on existing social platforms for the show (Facebook), tapping into fans on platforms where they'd found a home since the series ended (Tumblr, Twitter), and creating audiences on NEW platforms (Snapchat, Instagram), we built the ultimate fandom for the show. We encouraged them to view the previous 9 seasons on DVD or anywhere it was available to stream. We leveraged these audiences across multiple social media channels by feeding them custom content daily - for 201 days! - All to drive excitement and viewership for the upcoming return of the series.

The X-Files received over 1 Million total social activities on our "owned" content. 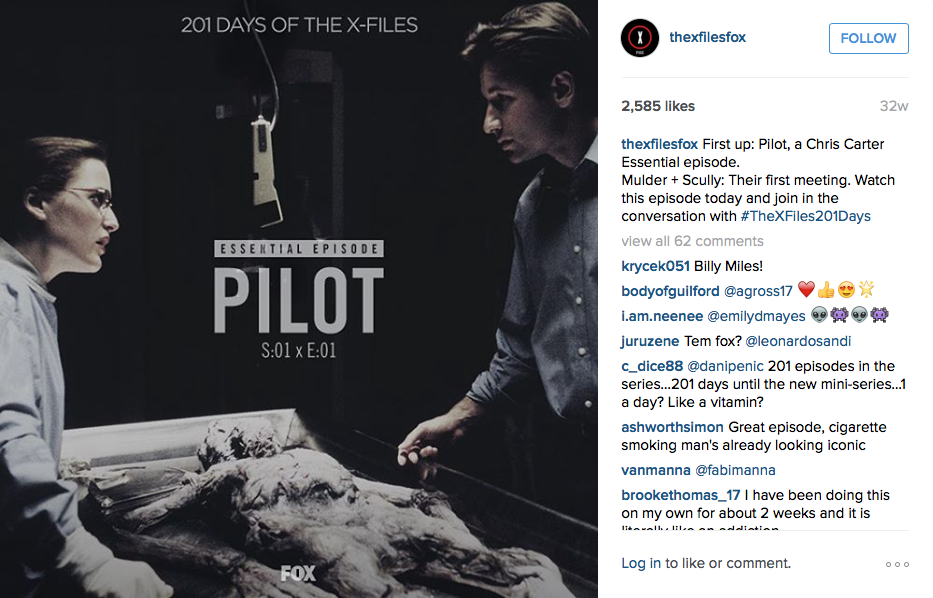 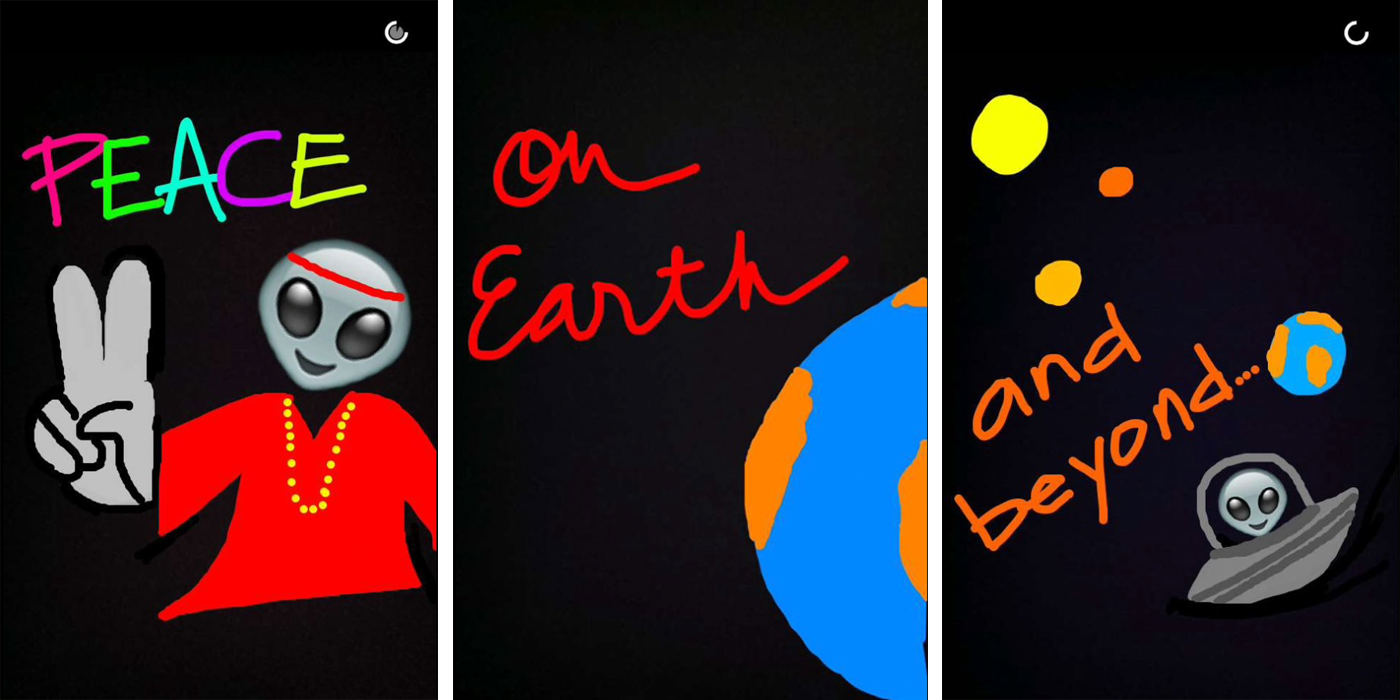 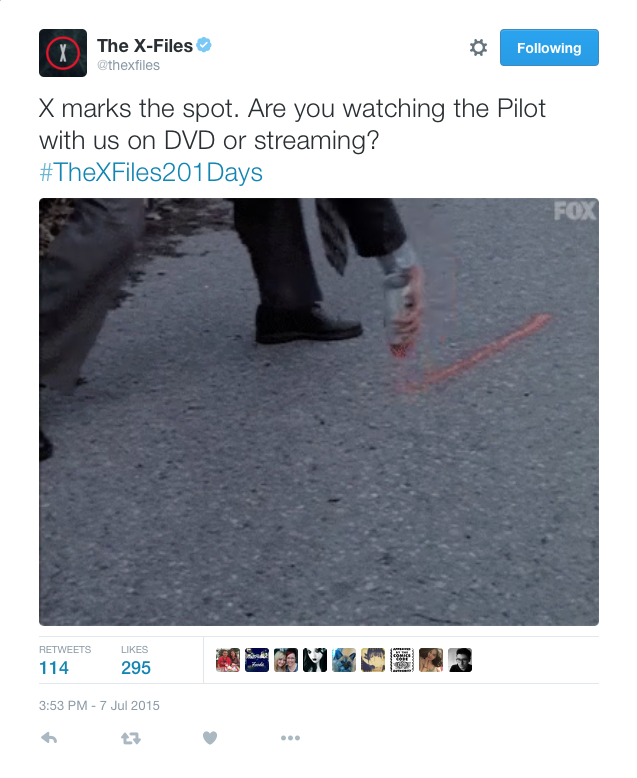