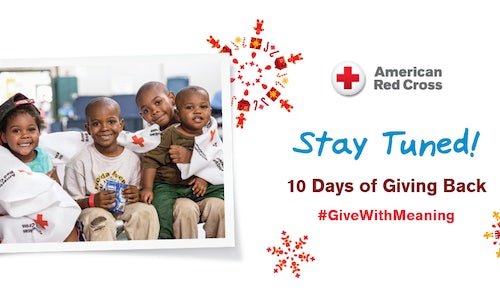 10 Days of Giving Back

Throughout the year, the American Red Cross participates in a number of fundraising and visibility activities, as nearly all of the organization's lifesaving and humanitarian work is supported through the generosity of our donors.

In 2015, we took a different approach to Giving Tuesday. We wanted to preface this online fundraising tradition by first giving thanks to our audiences, illustrating the many ways we were able to carry out our mission over the past year through their generous support. With no budget for the campaign and a formidable objective to find a new and creative way to support our organization's end-of-year fundraising efforts, we leveraged our internal resources and most compelling stories to execute a cohesive, effective and measurable social media campaign.

The overarching objective for Red Cross social media is to share and engage others in the day-to-day story of our mission to solidify our reputation as the nation's most trusted and recognized humanitarian organization. Through this lens, the social media team played a key role in supporting the organization's end-of-year giving campaign, which funds our ongoing humanitarian relief operations. Through the creation and execution of the "10 Days of Giving Back" campaign, we primed our online audiences for end-of-year giving by helping them connect emotionally over the course of the 10 days leading up to Giving Tuesday. We did this by highlighting our mission through visual media and engaging our audiences in a way to personally vest them in our success.

An analysis of our social audiences has shown that people follow us because they want to see stories of the good work provided through the Red Cross in communities far and wide. Our followers are likely volunteers, blood donors or supporters who have been touched by the Red Cross in some way. We knew that for a social campaign to truly resonate, we needed to share compelling stories from across our organization.

To gear up our audiences for the holiday giving season, we created a social media campaign called 10 Days of Giving Back, a 10-day countdown to Giving Tuesday. The countdown enabled us to focus on all of the ways our organization supports communities and individuals – ahead of December 1, when other organizations would be flooding the social conversation. Then on Giving Tuesday, we used a selection of stories that illustrated the value of the Red Cross Holiday Gift Catalog, our fundraising vehicle for end-of-year giving.

In the absence of a campaign budget, we leveraged in-house resources across our creative services, video, media and celebrity teams. We also created a plan to tap our 61 regions across the country, our team of more than 3,000 Social Ambassadors, as well as our corporate partners.

The Red Cross provides a broad range of services and programs, from blood drives to preparedness courses, to disaster response both domestically and internationally. When it came time to create a holiday social media campaign, it was important that we developed a strategy that allowed us to highlight the full breadth of our services.

The countdown began with a video narrated by our President and CEO Gail McGovern. Our National Youth Council created a campaign video providing 10 reasons why they love the Red Cross. We asked our regional communicators to submit entries of volunteers to highlight in a "Giving Thanks for Volunteers" photo album. Each day was promoted on Facebook and Twitter, as well as incorporated into a running post on our blog, RedCrossChat.org.

To enlist the help of our regional Red Cross Facebook and Twitter accounts, we created a social media toolkit that was posted to our internal website. This toolkit provided actionable steps to support the campaign. Our media relations, celebrity and development teams were also provided with images and customized messaging to distribute to Red Cross partners.

Additionally, we sent an email activation to our Social Ambassadors, a group of supporters who have signed up to "volunteer" their social media influence to help promote Red Cross campaigns.

To promote our Holiday Gift Catalog on Giving Tuesday, we shared some of our most heartwarming content of the year that featured products and services from the catalog. For example, we published a photo album of clients we've assisted around the country wrapped in Red Cross blankets, as well as a story of brothers who were reconnected by the Red Cross through our Restoring Family Links program.

We felt that the campaign met its goal of telling the day-to-day story of the Red Cross mission, elevating our organization's holiday campaign and engaging our audiences with content they wanted to see. It was important for us to measure how the content resonated and engaged our audiences, so our key performing indicators were hashtag mentions, engagement metrics (e.g. shares/likes) and impressions to show overall reach.

Our efforts to spread the message far and wide paid off, with over 3,700 uses of the #GiveWithMeaning hashtag during the campaign's life (Nov. 10 to Dec. 3). Half of those mentions were provided by our regional social media pages, proving they were essential to spreading the message. Over 30 celebrities posted #GiveWithMeaning messages on Giving Tuesday, including Daddy Yankee (29 million Facebook likes) and Kendall Jenner (13.7 million Twitter followers).

We found that video was an important part of this campaign's success. For the lifespan of 10 Days of Giving Back and Giving Tuesday, we posted six videos with an average of 15K views per video (across Facebook and Twitter).

Personal stories cultivated the most engagement, with our "Giving Thanks to Volunteers" Facebook photo album receiving more than 1,400 likes, comments and shares.

By focusing our campaign on the compelling stories of 2015, leveraging internal resources and the power of our regional communicators and partners, we were able to create a successful and engaging social media campaign.

Video for 10 Days of Giving Back 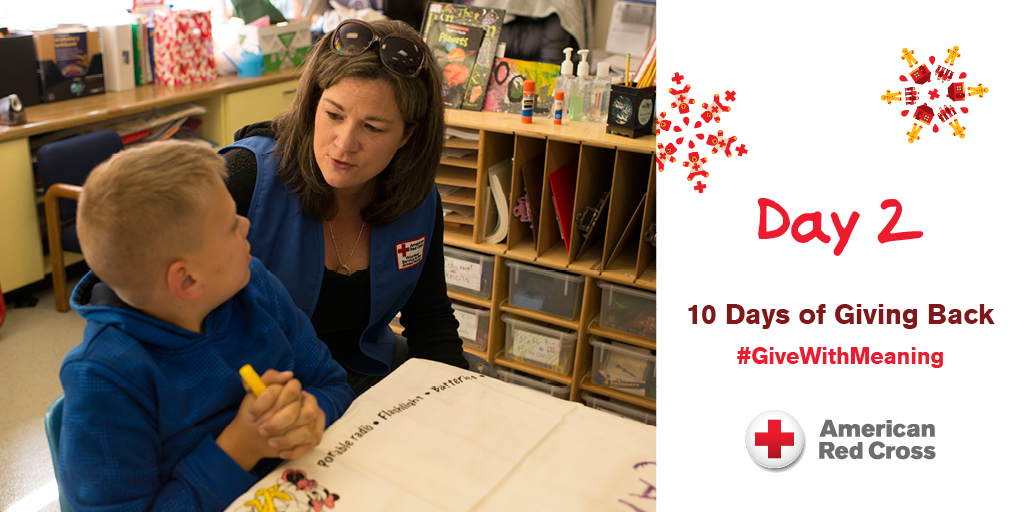 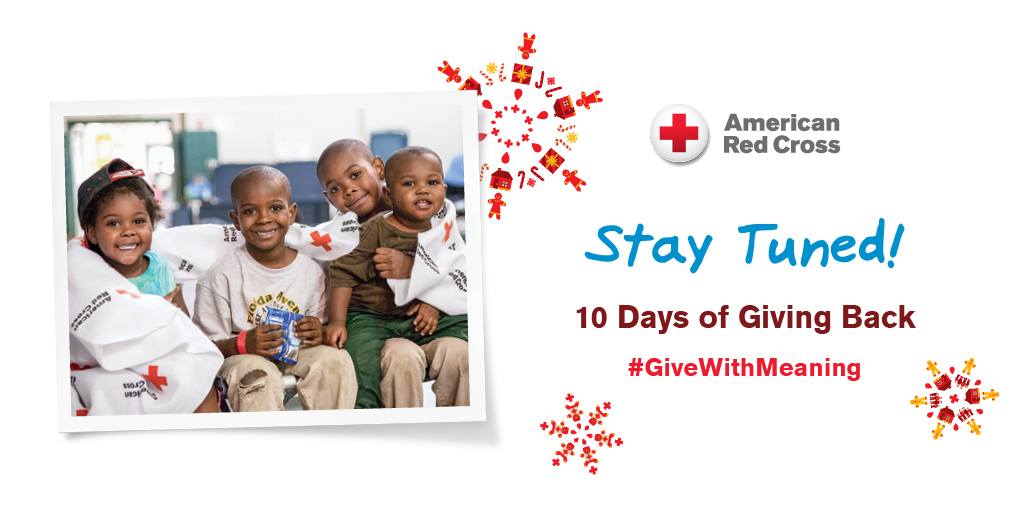