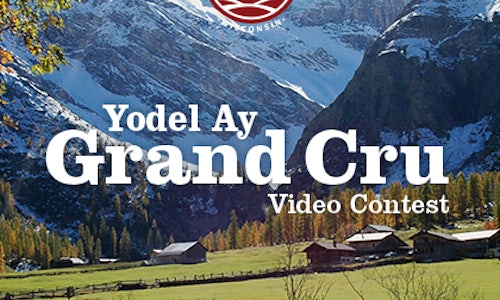 Enter the Yodel Ay Grand Cru Video Contest. We asked fans to share their best yodels with us for a chance to win an all-expense paid trip to Food and Wine Festival in Aspen, Colorado worth $5,000. We showed fans the great-tasting Grand Cru cheese is Alpine-style in a fun and engaging way.

The Yodel Ay Grand Cru promotion's objective was to build awareness and interest around Roth Grand Cru Alpine-style cheese. In this Facebook Contest, fans were invited to share a video of their best yodel. The primary goal was to get people, especially food enthusiasts, using the word Grand Cru and to become more familiar with the new category of Alpine-style cheese. The secondary goal was to make users laugh with fun and engaging video submissions. The promotion was designed to embrace the look and feel of Alpine-style cheeses and offer welcoming design around Grand Cru to boost the relationship with consumers.

The contest was launched on January 20, 2014 and the entries were yodeled from the mountaintops (and from the kitchens, the playgrounds and even over iMessage!).

In the end, we received 62 videos of fans sharing their best yodels with us. The grand-prize winners won an all-expense paid trip to Food and Wine Festival worth $5,000. This contest deepened Roth's relationships with their fans and provided us with endless yodeling videos to watch as many times as we please. A seriously win win situation.

Here are the numbers:

Views on our yodel example video from Roth's very own Tony: 906

Ecstatic winners who had an incredible vacation to Food and Wine Festival: 2 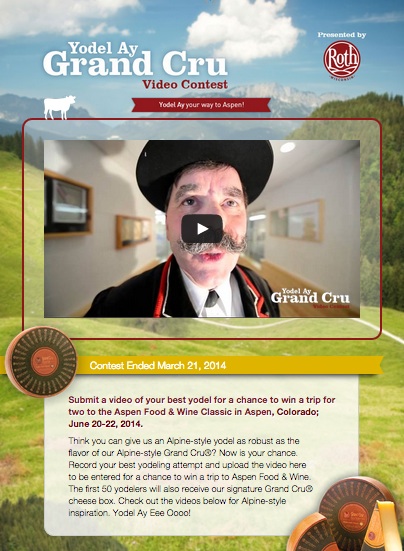 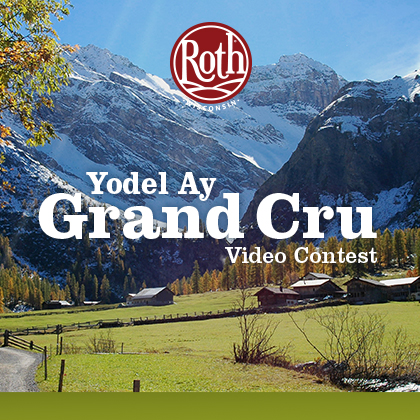 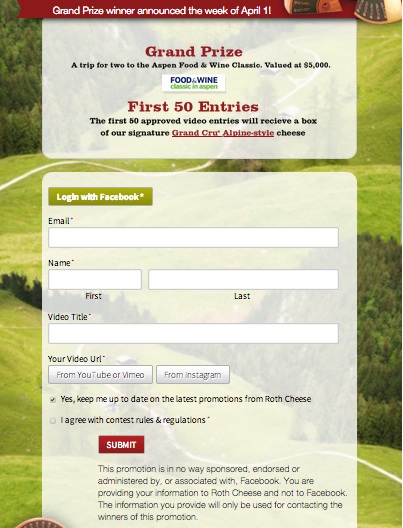 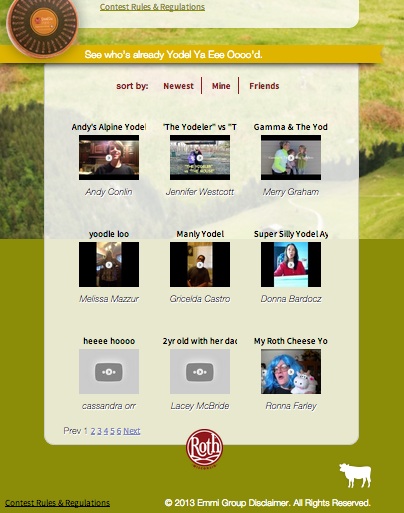 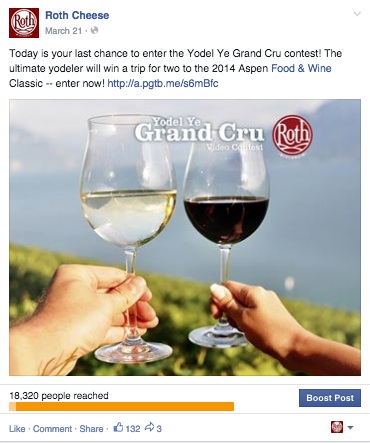