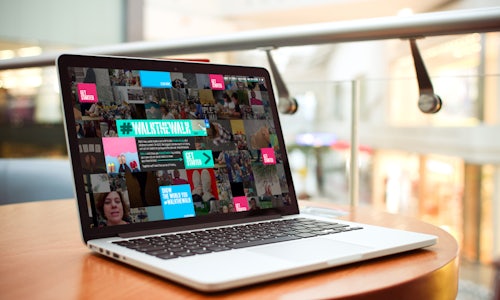 As part of the mobilization surrounding the People's Climate March, Purpose launched #WalkTheWalk, the first pilot project of its new global climate change incubation, Here Now. #WalkTheWalk was designed as an ownerless, open-source social media campaign that provided a highly visual, easy, and personal way for people around the world who couldn't be at the march, or who wanted to take dynamic action online, to attend in spirit and send a message to world leaders that they care about climate change in the days leading up to the UN Climate Summit in New York City. Participants of the campaign engaged with #WalkTheWalk by uploading their own videos and images of their feet walking to various social media channels along with the reason they "walk the walk" on climate, creating a virtual march online. #WalkTheWalk proved to be a successful experiment with a user-generated content campaigning model that engaged non-traditional audiences in the climate movement across multiple platforms including Instagram and Vine.

The goal of #WalkTheWalk was to mobilize online action to amplify and expand the momentum sparked on the ground by the People's Climate March in the lead up to the UN Climate Summit in New York City. #WalkTheWalk successfully created and implemented an innovative approach to content collection/streaming, which offered a fun way for individuals, especially non-traditional audiences, to connect with a difficult issue and take meaningful action towards change. #WalkTheWalk's structure also proved innovative in that it showed campaigns driven by user-generated content are not necessarily high-barrier - 1,399 people created their own #WalkTheWalk videos, which is 400% higher than GE's #6SecondScienceFair (a well known user-generated Vine campaign).

#WalkTheWalk was able to successfully create the level of engagement needed to expand the global reach of the People's Climate March and motivate action from non-traditional audiences. For example, 43% of #WalkTheWalk participants came from outside the United States and 98% of its reach on social media was organic, not driven by paid media.

In total, Eighty-five million people were reached by the campaign, through online videos, tweets, and other social posts. Everyone from Russell Brand to Desmond Tutu joined in to spread the word and walk alongside the thousands of marchers offline and online. President Barack Obama, Mark Ruffalo, Senate Majority Leader Harry Reid and UNFCCC Executive Secretary Christiana Figueres were among the many, many others who showed their support. IKEA also called on their global staff to #WalkTheWalk, and demonstrated public solidarity by changing their website banner leading up to the march. 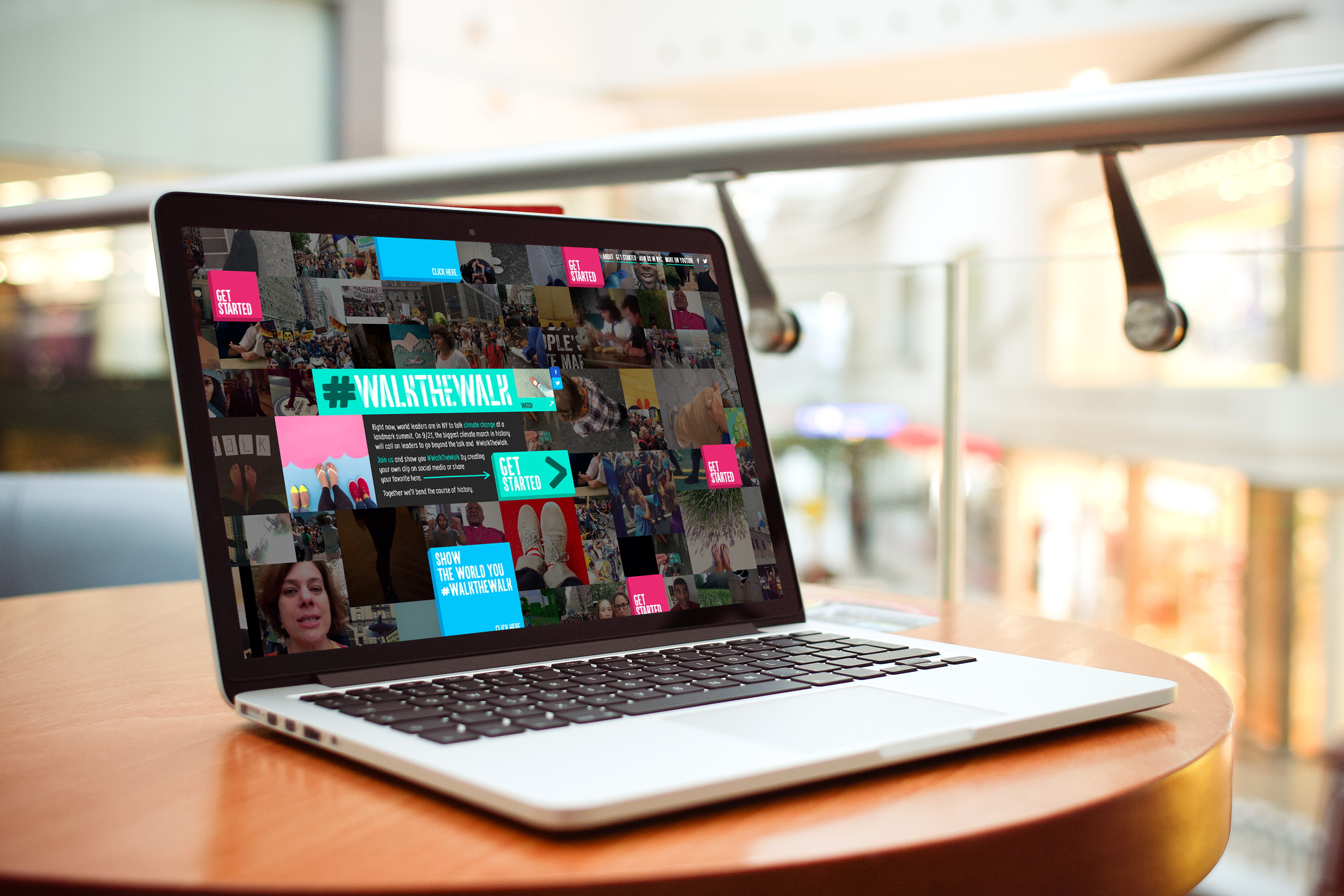 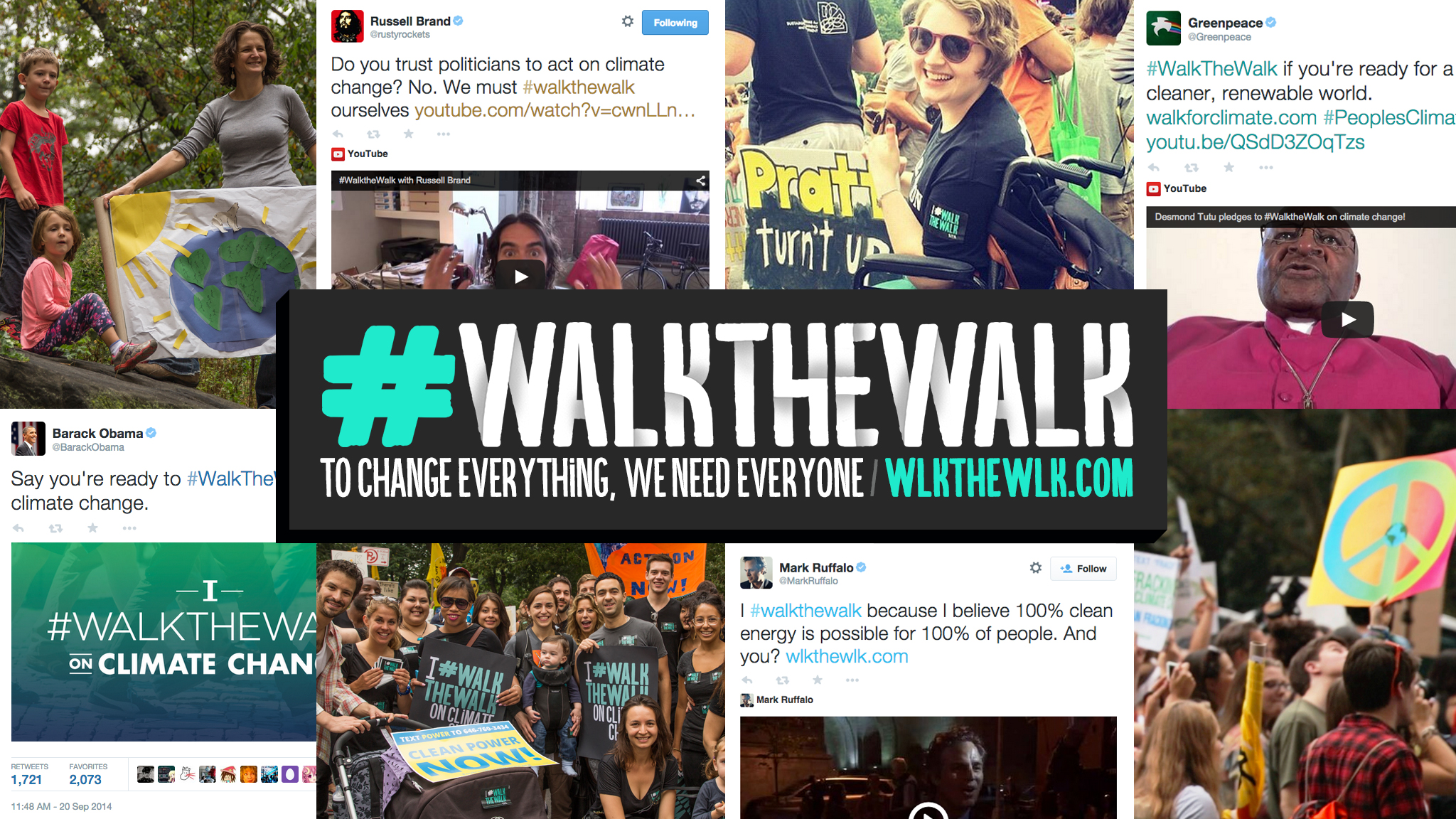