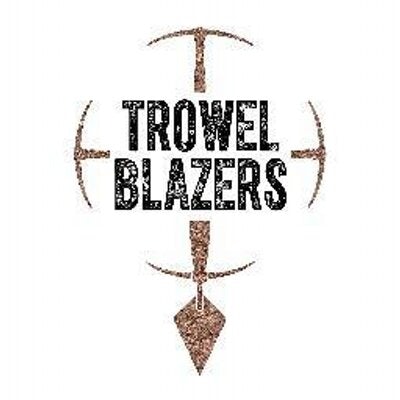 TrowelBlazers started as a conversation on twitter between four women -- palaeontologist Tori Herridge and archaeologists Brenna Hassett, Suzanne Pilaar Birch and Rebecca Wragg Sykes -- who were concerned the world had forgotten the pioneering women of archaeology, paleontology and geology. TrowelBlazers' mantra: Awesome trowel-wielding women, we salute you! Nearly two years later, and alongside their academic jobs, TrowelBlazers have built a website (trowelblazers.com), tumblr, facebook and twitter feeds that are active, popular, and rich in content. TrowelBlazers tells the stories of pioneering women scientists, past and present, and support the pioneers of the future. But most of all, through real engagement and crowd-sourced content, TrowelBlazers are building and connecting a strong and vibrant community of researchers (men and women) working in archaeology, paleontology and geology today.