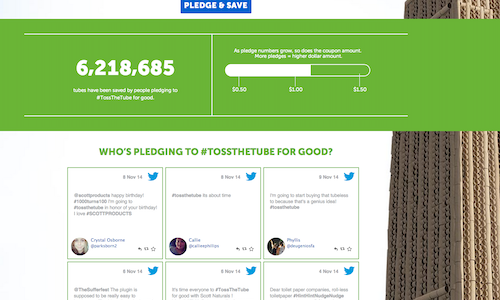 Every year, over 17 billion toilet paper tubes are thrown away. Put it altogether and you'd have enough rolls to fill the entire Empire State Building...twice! Recognizing the wastefulness of the situation, Scott launched a new product that tossed the tube—Scott Brand Naturals. The goals of the campaign were simple:

- Encourage consumers to share their support by pledging to #TossTheTube.

Scott needed people to see the big impact that their new tubeless toilet paper could make. To demonstrate, Scott built the Empire State building out of paper tubes so the world could get a measurable sense of how much they could directly help Scott eliminate over 160 million pounds of waste a year.

When individuals took the pledge to save, they were rewarded with a coupon for Scott Naturals Tube-Free Bath Tissue. As the number of pledges continued to rise, so did the coupon amount. . User-generated content poured in from people who supported the easy and impactful change. Visitors to the site could see who's pledging to #TossTheTube for good and join by sharing their own pledge.

To date, over 6.3 million tubes have been saved by people pledging to #TossTheTube for good. User-generated content has ranged from declarations of support to tagging friends who they knew would appreciate the cause.

Toilet paper rolls stack up—literally—and Scott wanted to give the world a glimpse of what that amounts to and then introduce the opportunity for them to change that picture.

This campaign puts environmental responsibility into perspective and immediately presents consumers with a way to take action. The volume of consumers who've made the pledge, showcases the direct impact that Scott Brand Naturals has made.

Twitter was flooded with people encouraging friends to join the effortless switch to tubeless rolls. Scott found a cause that directly aligned with their brand and made it easy for consumers to jump on board. 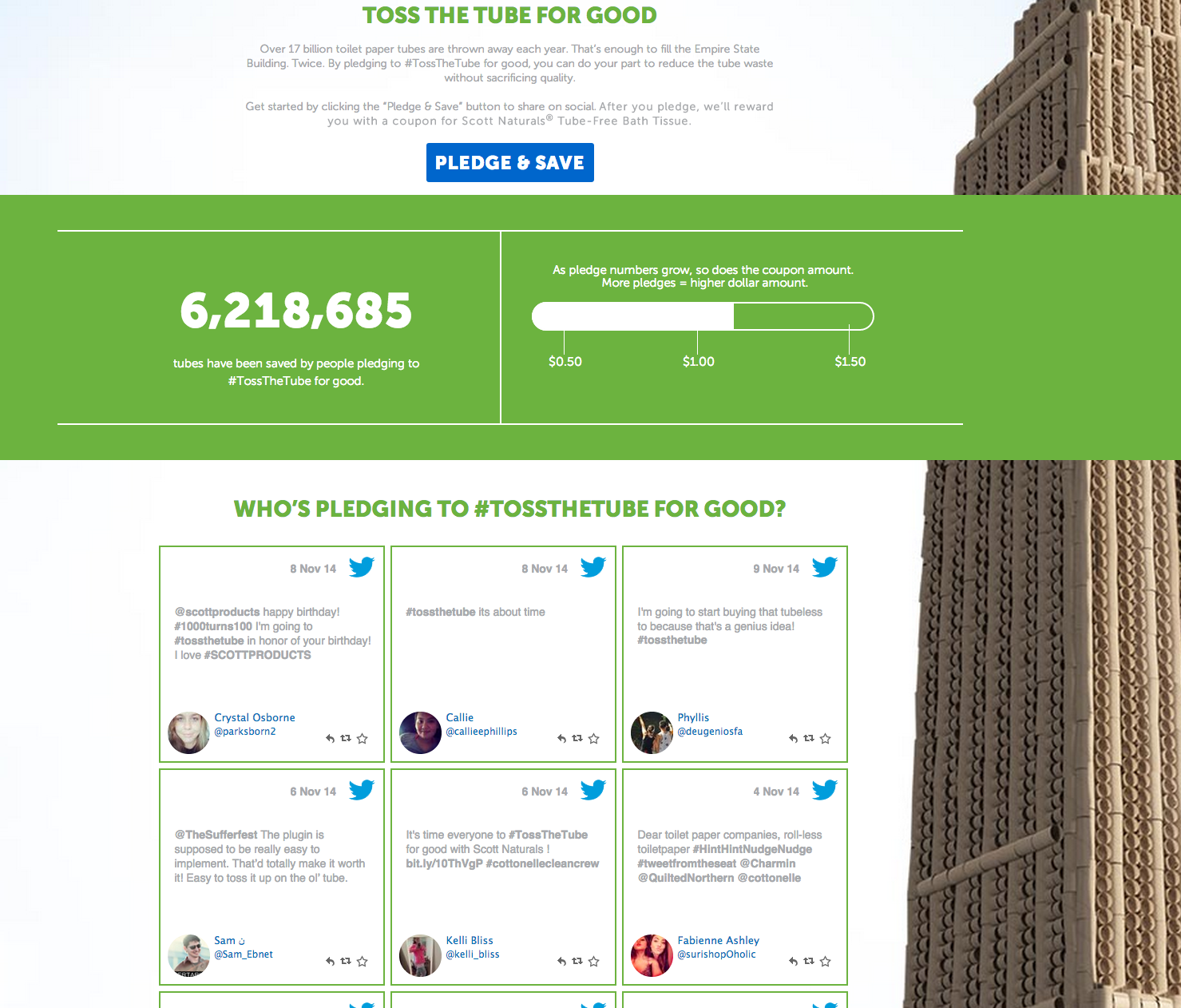