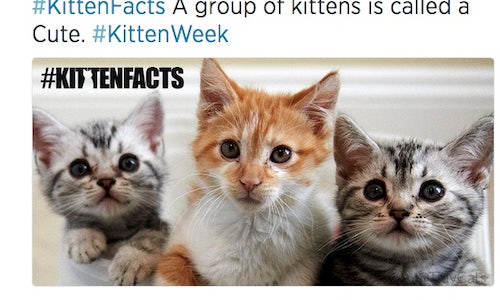 Discovery Channel's annual pop culture sensation Shark Week is a celebration of the animal kingdom's most ferocious creature—the shark. So it only seemed fitting for Tidy (known for parody content) to celebrate the world's most innocent, sweet and cuddly creature—the kitten. After all, kittens are ferociously cute. And so Kitten Week was born.

The campaign, which ran during Shark Week (Aug 10-17), featured "True Tails" parody videos of cat-owners' close encounters with terrifyingly adorable kittens along with several other Shark Week inspired shorts. In addition, Tidy took to Twitter to share Kitten Week GIFs, memes, user-submitted kitten pics, custom Kitten Week images and humorous kitten facts. Fans on Facebook joined in by submitting hundreds of photos of kittens, which were played back as meme-style posts during the campaign.

Kitten Week went beyond a branded campaign and captured the attention of hundreds of thousands. This Tidy-created event became so big that it was compared, and even preferred, to Shark Week by cat-loving fans nationwide. It was a celebration of kittens on a massive scale generating over a 1.5MM video views and tens of thousands of mentions across Twitter, exposing Tidy to a larger audience than ever before. If fact, during Kitten Week, Twitter exposure was 31% higher than the entire combined Twitter exposure since January 2014.

In social, brands often leverage well-known holidays or closely related cultural events as a way to insert the product or message into a larger conversation. But when everyone else zigs, Tidy likes to zag. Instead of launching a campaign around something like "National Cat Day" Tidy created a parody that relied on wit, humor and an entertaining juxtaposition. This content-first approach paid dividends for Kitten Week with high engagement and reach across social channels.

Objectives included: YouTube subscriber growth, video views and social engagement on both Twitter and Facebook. Kitten Week blew away all expectations with subscriber base growing 115% and total video views across social surpassing 1.5MM in just a week and a half.

On Twitter, over 7,400 people participated in the campaign, generating over 44 million impressions of the #KittenWeek hashtag. As a result, Tidy's Twitter page grew by an impressive 11% during the brief campaign and the handle generated over 4,700 retweets. Additionally on Facebook, content reached over 8 million and video posts alone were shared over 15,000 times. 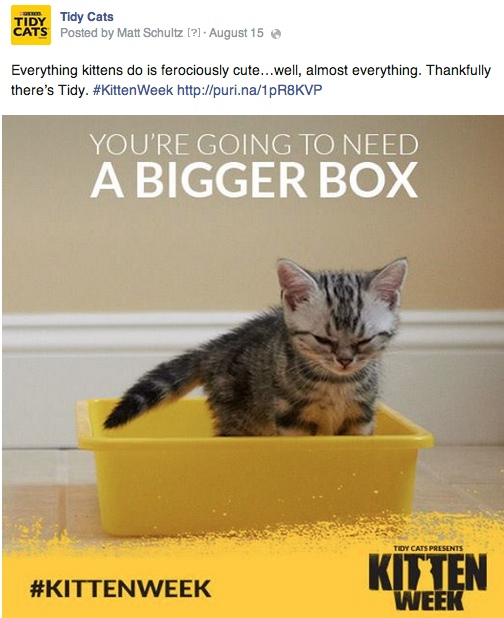 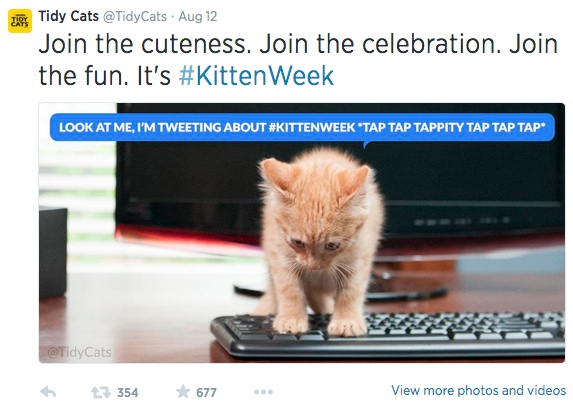 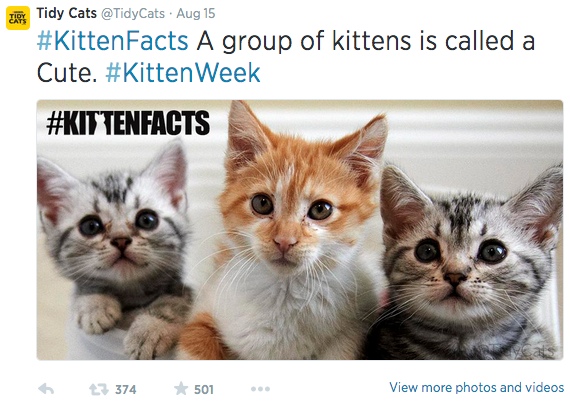 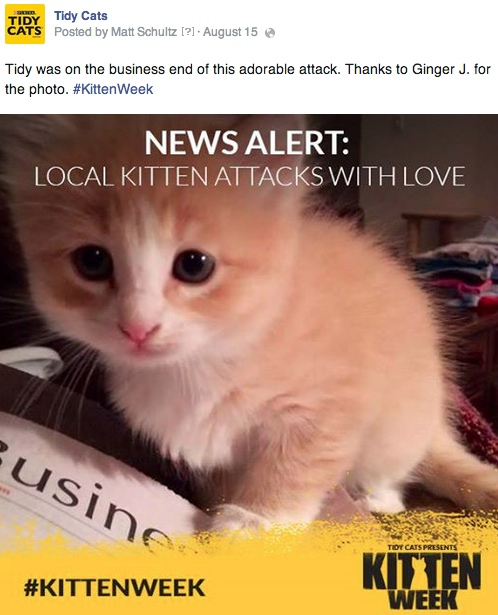