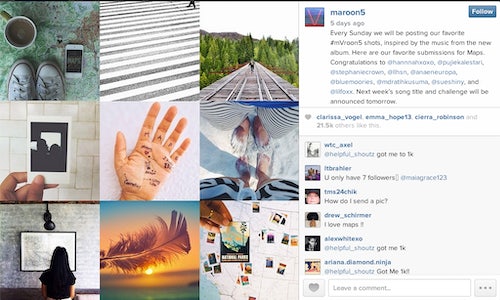 Over the 5 weeks leading up to Maroon 5's V album release (9/2/2014) Maroon 5 partnered with 5 influential Instagram photographers to create compelling imagery for the Instagram account @Maroon5. Each photo launched a weekly hashtag submission campaign (#mVroon5) tied into a specific song on the album. Fans were tasked to submit photos that matched the 5 weekly themes/song titles (Maps, Animals, Leaving California, It Was Always You, My Heart Is Open) and each week the best photos were shared on Maroon 5's official Instagram account. At the end of 5 weeks the best photographer (judged by their body of work) won a chance to be Maroon 5's personal Instagram photographer for a day.

The #mVroon5 contest was the first collaboration between a global superstar musician/band and a selection of photographers from the massively growing and influential Instagram community. It united Maroon 5's fan base around themes directly tied to the lyrics and music of the album V while also showcasing how music provides creative inspiration for photography. In 5 weeks, there were 5,198 unique submissions, each fueling positive support and discussion about the V album release. The contest helped Maroon 5 reach its goal of a a number one debut on the US charts, selling 164,000 copies in the first week. 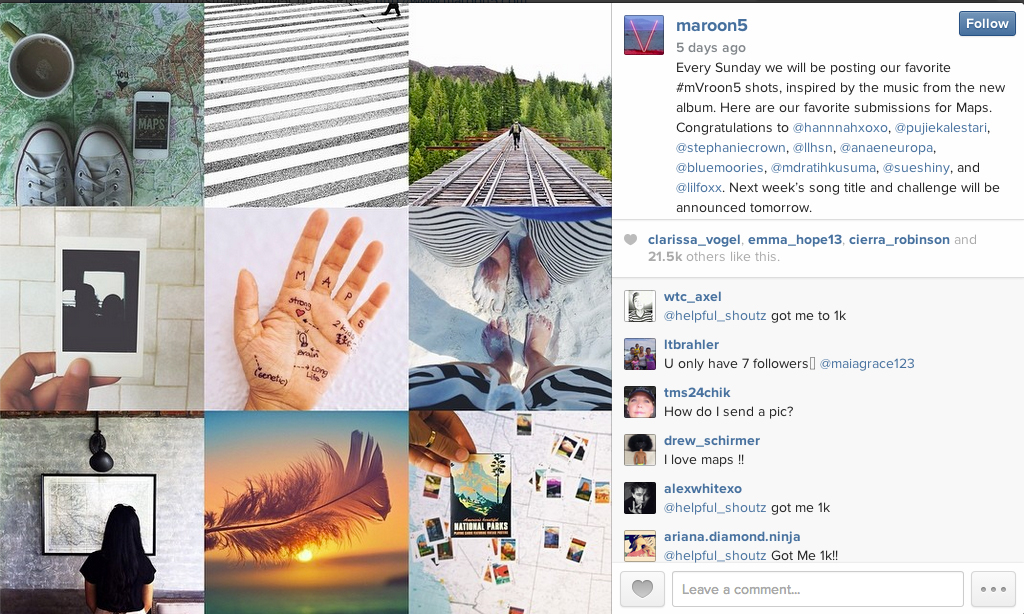 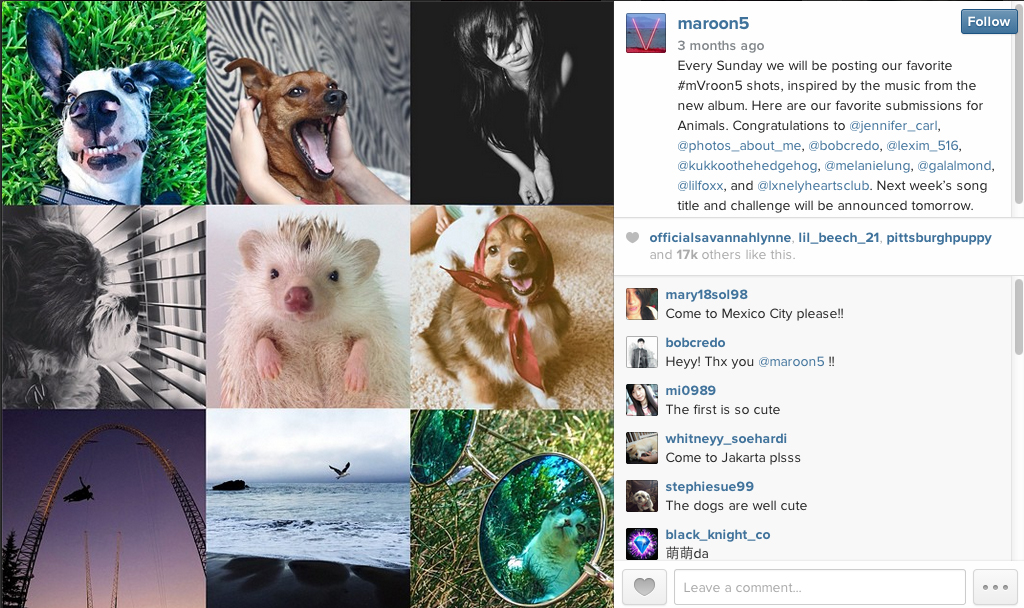 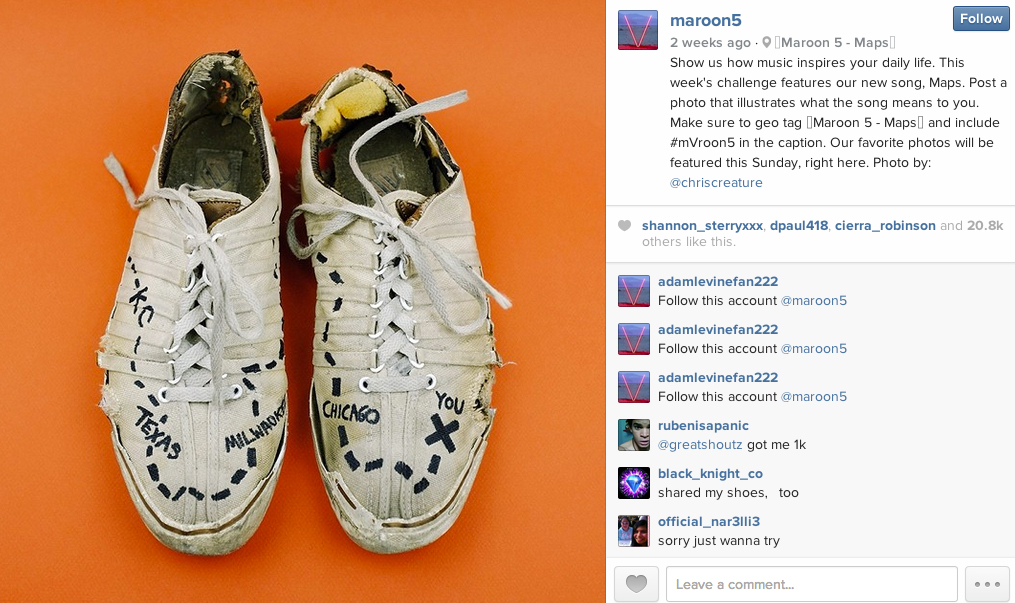 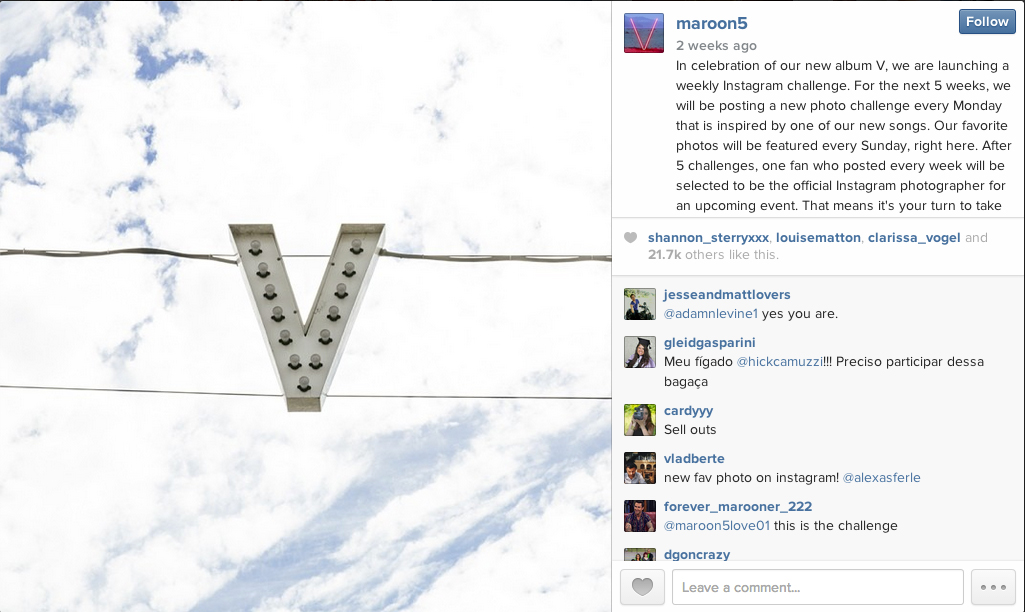