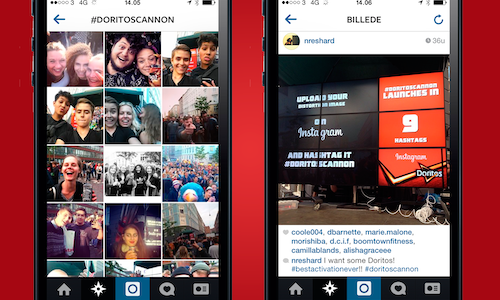 Doritos challenged Patchwork to come up with a sampling mechanic during the festival that would drive high levels of sampling and create positive word of mouth both online and offline. Enter the 'Instagram Activated Doritos Cannon!'

The idea was to build a huge cannon that would launch bags of Doritos sample bags into the hungry crowds. Special effects engineers were enlisted to build the Doritos cannon. It took them days and nights, and countless hours of hard work to build the Doritos cannon, a cannon shaped like a Gatling gun. The firepower was the hashtag #doritoscannon. Festival participants had to take pictures via Instagram, and hashtag them #doritoscannon. Then, when enough hashtags had been created, the Doritos cannon would launch 60 bags of Doritos bags 80 feet into the air!

The outcome was fantastic. The concept worked seamlessly in the Distortion festival surroundings and created amazing word of mouth in the streets and in social media where the campaign created over 2.9 million campaign impressions, over 10.710 video views in just one day, and hundreds of user generated images, reaching over 22.000 unique users!

All in all the campaign generated an equivalent media value of over €65.000!

The Instagram Activated Doritos Cannon was a huge success as it delivered on the objectives set and the fact that is was really fun to create and execute just adds to its success!

-All in all the campaign generated an equivalent media value of over €65.000!

-4 days of music in the streets of Copenhagen

-Doritos was an integrated part of the music festival, creating a strong association with the fun, out-going, and trendy feel of Distortion 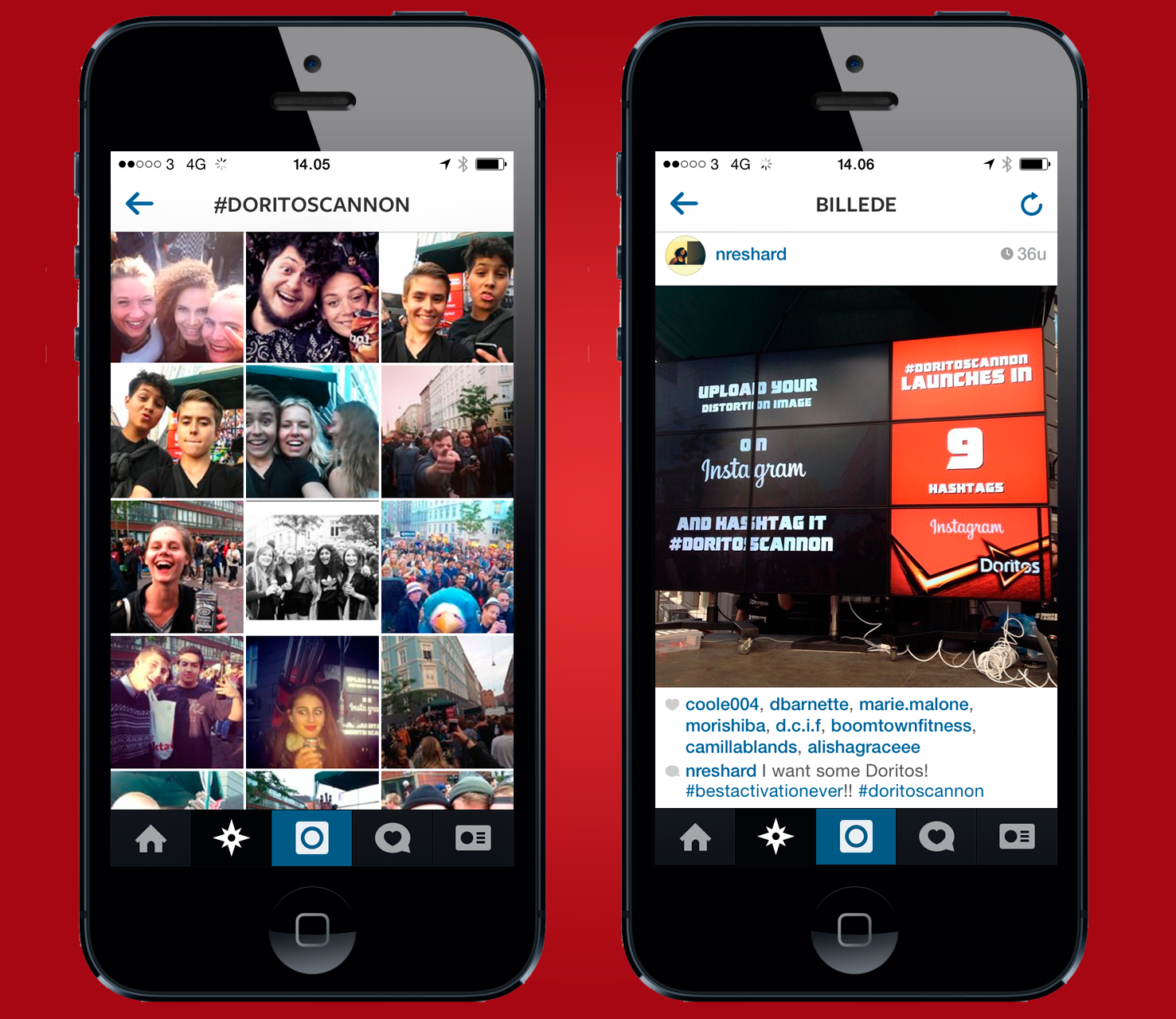 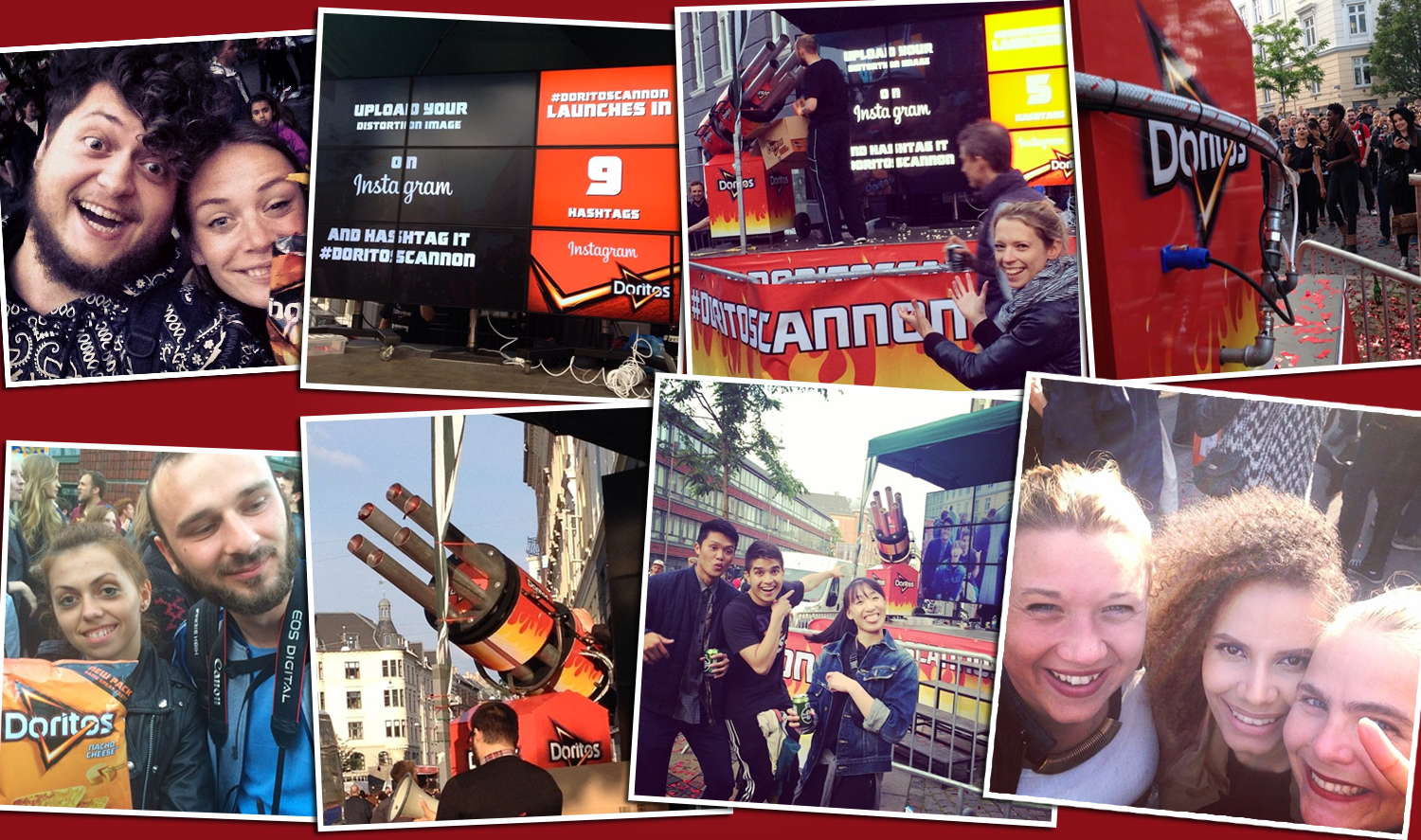