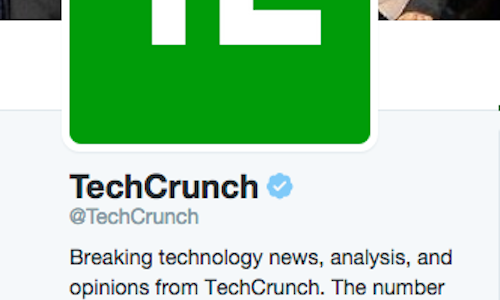 TechCrunch is the number one guide for all things tech, and the publication of record for Silicon Valley. From breaking technology news to industry analysis, TechCrunch in the leader in news for the technology and startup scene. TechCrunch's event, Disrupt, is one of the most anticipated technology conferences of the year, and it is home to the Startup Battlefield competition, Startup Alley exposition, and a series of fireside chats with the top names in tech. TechCrunch holds three Disrupt events each year, including one in San Francisco, New York City, and Europe (London). This year, TechCrunch is celebrating its 9th anniversary.

TechCrunch boasts over 4.6 million Twitter followers, and it is read by everyone from Kobe Bryant to Mark Cuban. TechCrunch uses Twitter as its primary source to break news, retweet writers and influential figures, interact with its fans, share funding announcements from CrunchBase, promote its prestigious Disrupt conference, initiate social and political change, and live tweet major tech events. Users can even get podcasts and YouTube videos from the TechCrunch Twitter feed. In 2014, TechCrunch grew it's Twitter following by over 1 million users. The account averages over 100 engagements per tweet, and boasts a Klout score of 96. If you follow tech news on Twitter, you follow TechCrunch.

The growth and success we've had with TechCrunch's Twitter account has been without the use of Twitter's promoted account ads. There are very few accounts that exist on Twitter that come anywhere close to the engagement levels TechCrunch gets, and there are even fewer with such a large and dedicated following. If you follow tech news on Twitter, you follow TechCrunch. 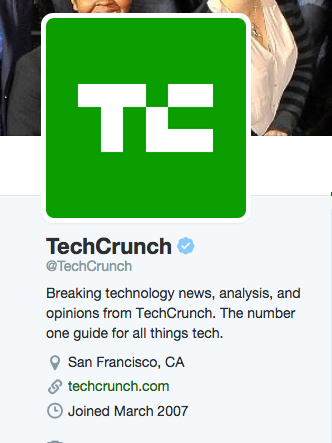 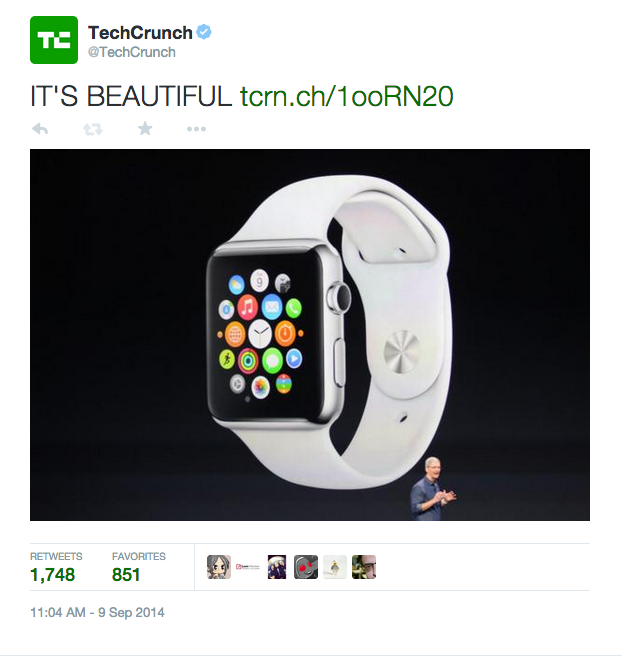 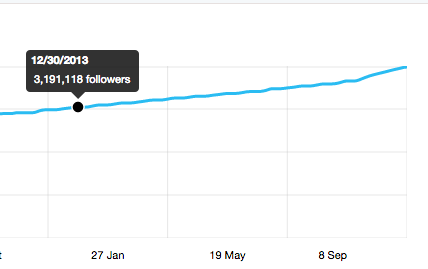