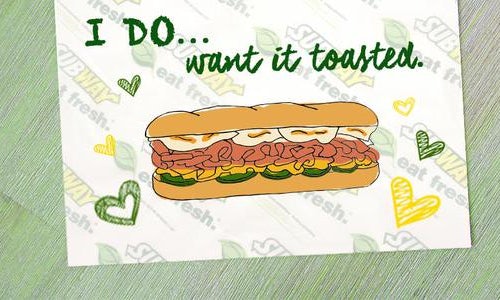 SUBWAY is the world's largest sandwich brand, but as with any large QSR brand, it is a challenge to break through the social media clutter. Through social listening, SUBWAY discovered that unbranded sandwich conversation represents a food phenomenon surpassing all other foods – even bacon! Thus, SUBWAY set out to be the leader in conversation on Twitter around the most important cultural day for sandwiches: National Sandwich Day.

SUBWAY issued hundreds of custom responses and far outperformed same-day tweets from competitors including Quiznos, McDonald's and Burger King and more – with four times more conversation. Furthermore, SUBWAY far exceeded 2013 National Sandwich Day metrics: engagements by 73%, engagement rate by 154%, Twitter SOV by 60% and volume of brand conversation by 1300%. Ultimately, SUBWAY won the day as the #1 mentioned brand on Twitter associated with the holiday, giving fans a sense of real-time love and appreciation from the largest QSR brand in the world.

Brands vie to win real-time conversation and buzz by tapping into popular trends on social media. With hundreds of brands often competing to take over trends around a single day or hashtag, especially when it comes to the cluttered QSR category, SUBWAY needed to set itself apart from the pack on the most important day of the year for the brand – National Sandwich Day. We knew we had to go above and beyond a single tweet or series of tweets celebrating the day. We needed a custom, personalized and coordinated effort to engage consumers in a meaningful way and own National Sandwich Day in social. Thus, we set the brand apart from leading competitors by spreading Subway's "sub love" across the Internet and capturing the attention of our most important target: Millennials.

Our research showed that the internet obsesses over three main food "groups": tacos, bacon, and sandwiches. Tacos were claimed by Taco Bell, Bacon was claimed by Oscar Mayer, but no brand stood out for sandwiches. And surprisingly, sandwiches were mentioned more times per year than bacon! SUBWAY needed to stake its claim and be the leader of this conversation.

To surprise and delight consumers, we treated the day like Valentine's Day, and created 75 social templates using various Subway sandwiches and puns that could be quickly customized and deployed. For example, an illustration of our Meatball Marinara sub with the line, "Will you marinara me?" or an illustration of our Cold Cut Combo sandwich with the line, "You melt my cold cut heart…" We then set up a full day war room with clients and agency reps that allowed us to craft, approve and post content in minutes. We also printed sub love notes and sent to local NYC influencers along with SUBWAY catering.

Creatively, the approach was twofold: leverage fun, illustrative sub Valentines while also featuring fan favorite products. Fans not only reacted to the custom puns and lively designs, but they also loved the immediacy and intimacy of seeing their tweets responded to by a large, established brand, yet in a custom, personalized way.

.@acl163 We're happy to share the spotlight on #NationalSandwichDay, as long as you promise to eat a sub. pic.twitter.com/lSWZhb3Ghi
— SUBWAY® (@SUBWAY) November 3, 2014

As a result, we not only led the nationwide trending topic, but were the #1 most mentioned brand against the competition four times over. Compared to 2013 National Sandwich Day efforts, we exceeded our engagements by 73% and our engagement rate by 154%. We also increased our SOV by 60% from last year and the volume of Subway conversation on the day of by 1300%. SUBWAY truly won the day in social and gave fans a sense of real-time love and appreciation from the largest QSR brand in the world. 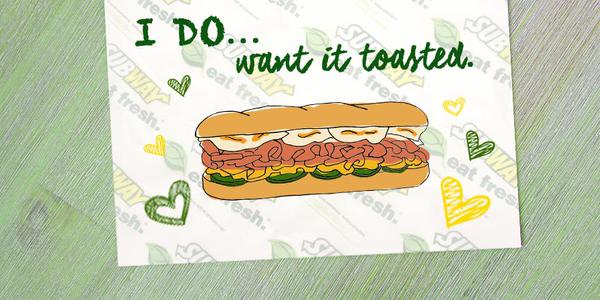 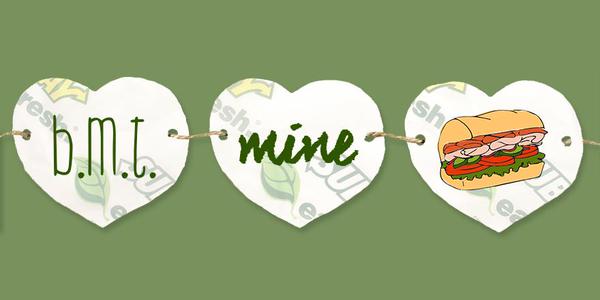 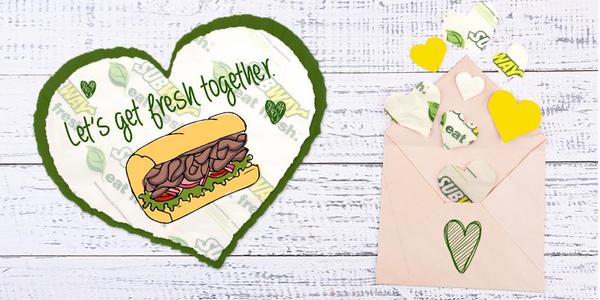 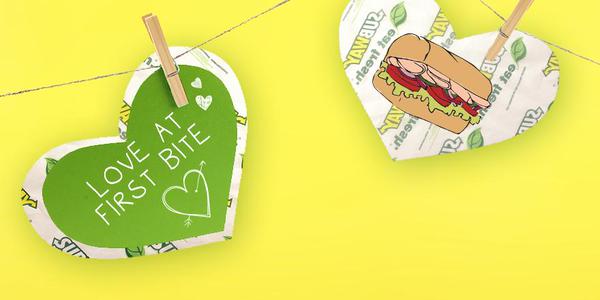