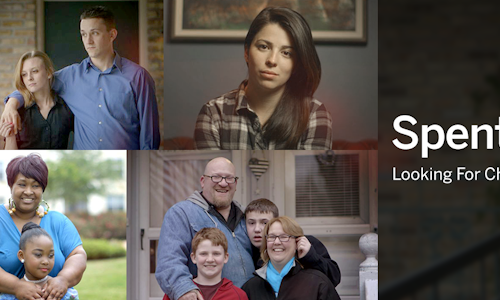 Last year, American Express wanted to lead a conversation about financial inclusion in America – a unique challenge for a premium financial services institution. Having always been associated with exclusivity and privilege, they began to change that perception with a new reloadable, prepaid product, Serve, and a banking alternative, Bluebird with Walmart. However, these products alone were not enough to shift the perception of the brand. With this in mind, American Express sought to use the brand's power to raise awareness for a growing issue in the the United States: financial exclusion.

American Express enlisted the help of theAudience and TAG of Participant Media to help make and distribute a documentary that shed light on the nearly 70MM financially underserved in America, who often relied on check cashers and payday lenders to survive.

Debuting on YouTube, a free, all-inclusive social media platform, Spent: Looking For Change has garnered 12MM views and a 97% positive sentiment rating since its debut on June 4th, 2014. To further the reach of the film, theAudience used its vast network of celebrity and platform influencers to distribute the film on social.

The campaign aimed to raise awareness for the issue of financial exclusion in America and invited everyone to participate in finding solutions. Using celebrity and platform influencers to distribute the documentary opened the film up to a diverse and massive audience that may not have been reached through American Express's Serve social pages alone.

In order to make Spent: Looking For Change, American Express enlisted TAG, a division of Participant Media, to secure Oscar-winning filmmaker Davis Guggenheim to executive produce it and Tyler Perry to narrate. The perfect storyteller for the film, Tyler Perry grew up financially underserved and led the conversation on social, becoming the campaign's most effective influencer. Through nine total posts on Facebook, Twitter and Instagram, he garnered 36MM impressions and 486K engagements. Specifically, his Facebook post on June 9th, 2014 went viral and the personal call to action generated 15MM impressions and 265K likes, comments and shares. This engagement level is double the benchmark for a Facebook page of his size.

American Express wanted to raise awareness for the film and the issue with millennial audiences. Former Nickelodeon star Victoria Justice was deeply moved by Spent, and in return connected with her fans through six posts that generated 14MM impressions and 237K engagements. Ian Somerhalder's fan base is fiercely dedicated to social causes, making him another effective and genuine social influencer. His three posts resonated strongly with his fans, generating 13MM impressions and 82K engagements.

In conjunction with influencer posts on social, live screening events also increased national attention for Spent. A wide range of celebrities attended the Los Angeles film premiere, which took place on June 4th, 2014, the same day as the film's online debut. Holding #LookingForChange signs on the red carpet, these celebrities helped spread the word both in real time and on social.

The LA premiere was so successful that a New York screening followed with more celebrity influencers in attendance. This time, American Express and The Huffington Post hosted a live-stream broadcast and Arianna Huffington moderated a panel discussion that included the film's narrator, Tyler Perry. Arianna Huffington also used her personal social pages to distribute Spent content throughout the campaign, which expanded the film's reach to a more varied audience.

Utilizing social media influencers in this manner had rarely been done before, and all together, influencers published 61 posts on Facebook, Twitter and Instagram resulting in 78MM impressions, 895K engagements and 237K bit.ly clicks to SpentMovie.com to date.

On Twitter, theAudience worked with the platform to create newly released website cards for the Serve page and influencers to use, which allowed fans to click a "Learn More" or "Watch More" button that would then direct traffic to SpentMovie.com. These Twitter efforts resulted in 38MM impressions, with the hashtags #Spent and #LookingForChange being mentioned in 10K tweets. Influencer tweets alone generated 21MM impressions and 19K engagements.

The objective was to garner video views, but the results proved to be much more than that. Spent: Looking for Change sparked more than 150 unique articles, including national coverage in USA Today and The New York Times, inspired an innovative financial education initiative in a rural high school in Mississippi, and prompted government action with the passing of The American Savings Promotion Act.

The story of the financially underserved is far from over, but with 16MM video views, 126MM impressions, 1MM engagements and 1MM SpentMovie.com website views on multiple social platforms, American Express has kicked off a conversation and movement to provide more affordable and accessible financial solutions for all.

Video for Spent: Looking For Change 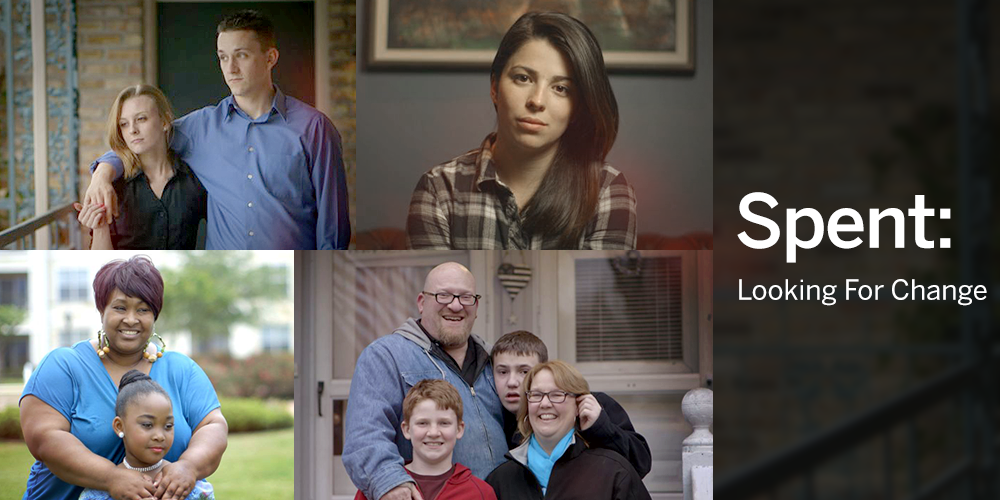