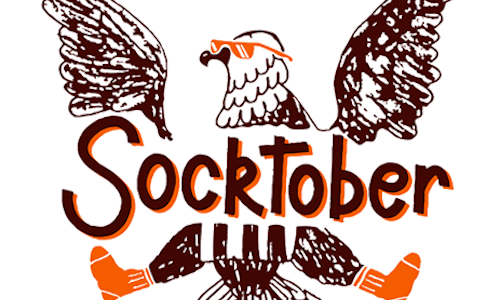 #SOCKTOBER is an annual, month-long campaign designed to show people that ordinary acts of love can make a big difference. It can all starts with socks. We partnered with shelters and individuals across the U.S. to help ensure the men and women who are living on the street have access to such basic needs as socks, hygiene products and more. This year our goal was to involve TWO MILLION people in serving the homeless of their communities. Recent studies show there are roughly 600,000 men and women who are homeless on any given night in the United States. It's exciting to imagine 1 million people taking action to help!

We also partnered with Sesame Street in a four part video series to spread awareness of the campaign. Also, all Kid President pep talk posters bought during #Socktober had funds donated to the Little Rock Arkansas shelter.

We wanted to see everyone - schools, business, families - all engaged in realizing they each have the ability to create big change right in their own backyard. By using the hashtag #socktober we gathered stories, images, and videos from our online communities to help piece together a large message to the world that is full of hope.

A message from Brad Montague:

My little brother-in-law and I make the web show, Kid President. We started it as a fun way to spend more time together and never imagined it would spread or connect in the way it has. Now we want to use this opportunity to help point people in the direction of things that matter.

Socktober is something we started as a family a few years ago. It was a fun way to get our friends and loved ones involved in doing something important. This year, we're excited to see it grow.

We don't think it's okay for people to be left out on the streets. Each night in the United States it is estimated that nearly 600,000 people are homeless. Some are in shelters. Some are in boxes. Some are men and women. Some are children.

Want to get involved? This Thursday's new episode of Kid President is very important. KP will lay out how you, your friends, your neighbors, your dental hygienist and every other human you know can get involved in making this the happiest #SOCKTOBER yet!

This is our chance to really give the world a reason to dance. You with us? 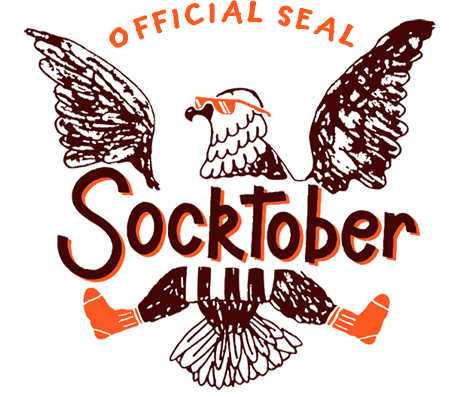