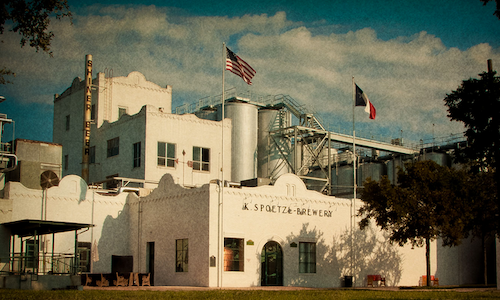 Shiner Beer is the best beer made in Shiner, Texas. And for our hundreds of thousands of fans, there's no better place to keep up with all things Shiner than the Shiner Beer Facebook page. Since 2009, we've increased our Facebook fans by 10,963%, from 1,600 to over 177,000 in 2014 by serving up heady content that's just as refreshing, quirky and authentic as our century-old brewery.

We've had fans ever since the first batch of Shiner Beer flowed out of our brewery in 1909. Nowadays, we just have a lot more of them. And while there are only 2,069 residents of Shiner, Texas, our Facebook page is home to a thriving (and thirsty) community of over 177,000 Shiner Beer enthusiasts. Each week, we serve up tidbits covering the history, half-truths and tall tales surrounding our beloved little brewery. And our fans drink it up.

Over the past year, we've highlighted the macabre manner in which Shiner was first delivered to Austin, Texas. We've given fans a sneak peek at our latest and greatest beers. And we've let them know everything they (probably) ever wanted to know about Shiner, Texas.

But that's not all. We celebrated Halloween on Facebook with The Keg, a two-minute horror film that organically reached 155,000 beer drinkers — more than 80% of our fan base. We're not ones to brag, but Shiner fan Stacey Pawelek thinks the film should have won "a million Academy Awards." (It didn't.)

And since the Holiday season is big in Shiner, Texas, we spread cheer across Facebook by giving fans insight into Santa's jolly nature, offering up holiday party fashion tips and sharing downloadable gift tags that made parting with your favorite beer a little easier to swallow.

We also noticed many of our fans were selling their own unauthorized Shiner holiday gifts online. And while a bigger brewery might have shut these fans down, we celebrated their craftiness by creating a virtual holiday bazaar that drove traffic to their personal Etsy stores. Promise you won't tell our lawyers.

It all resulted in overall fan engagement that was over 10 times the industry standard. Which is a number that we think would make our founder, Kosmos Spoetzl, very, very proud. Once we explained this whole Facebook thing to him.