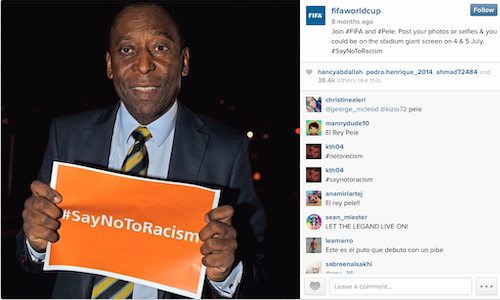 Say No To Racism

#SayNoToRacism is part of FIFA's broader anti-discrimination campaign, which we promoted through a global TV campaign during the 2014 FIFA World Cup in Brazil. Huge names from world football, including Lionel Messi, Neymar and Wayne Rooney among countless others, joined the campaign and presented coloured cards emblazoned with the hashtag to promote our work.

Supporters from around the world printed off copies of the hashtag and posted their own selfies, which were retweeted and posted in FIFA's live and social hub throughout the World Cup, the Global Stadium.

The objective was simple. "To eradicate racism and discrimination in football (soccer) by raising awareness of this important issue through a unique social media 'Selfie' campaign, with a random selection shown before the 2014 FIFA World Cup Brazil quarter-finals on giant stadia screens in Brasilia, Salvador, Fortaleza and the legendary Maracana in Rio de Janeiro."

The mechanic was simple, yet involved. "Post a picture of yourself on Facebook, Twitter or Instagram by 4 July, when the FIFA Anti-Discrimination Days began, hold a banner reading #SayNoToRacism. Make sure both the post and the picture display the #SayNoToRacism hashtag. Use the downloadable banners in whichever colour you like, but feel free to create your own. Pose on your own or with others, wherever you like – just make sure #SayNoToRacism is visible."

The response was phenomenal. Footballing legend Pele led the way, with former World Cup winners such as Patrick Vieira and Cafu also showing their support.

Amazing support from football's current superstars followed, with Lionel Messi, Neymar, Wayne Rooney, Marta, Robin van Persie, Kevin-Prince Boateng and many others, inspiring the wider football family, especially fans, to download, print and capture a photograph depicting community, respect, solidarity and zero tolerance to racism at any level. From outside the world of football, UN High Commissioner for Human Rights Navi Pillay was moved to join in.

However, this was not just a campaign that focused on star names and a message that got lost in the ether. Millions of football fans from all over the world were not only touched, but took part in the campaign.

By the end of the FIFA 2014 World Cup 1.2 million people had actively engaged with the campaign on Facebook, with over 400,000 supporters reached with the post inviting the world to join former Manchester United star Dwight Yorke and send in photos with the hashtag to take part in our campaign.


On Facebook, the official FIFA World Cup Page #SayNoToRacism posts reached 16.3 million fans and had engaged 1.2 million users, with a total of nearly 32 million post impressions (31,945,775 to be precise!)

Video for Say No To Racism 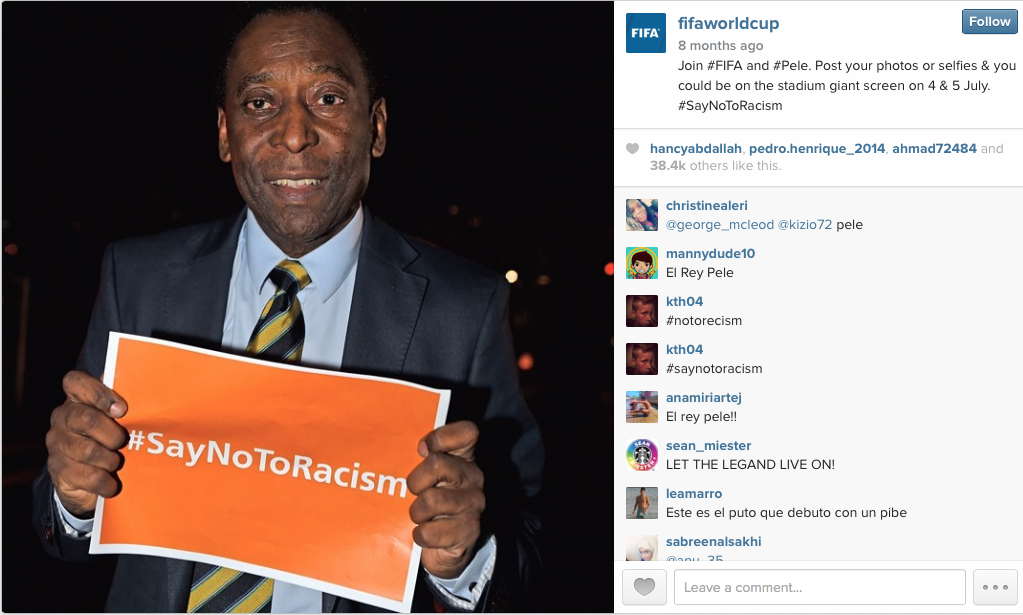 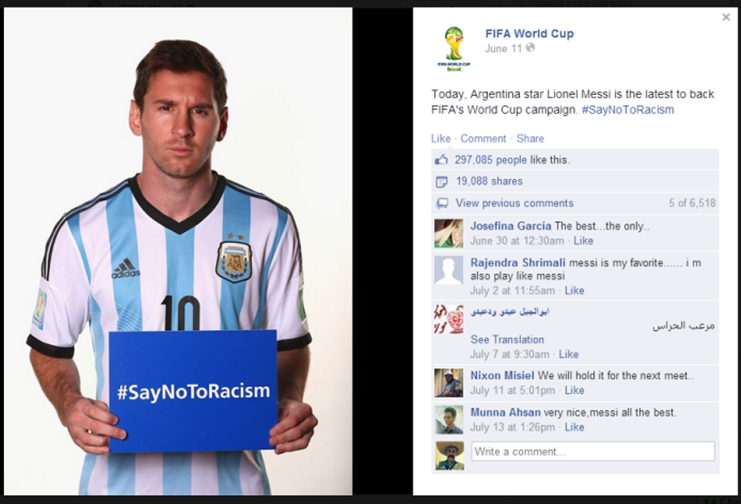 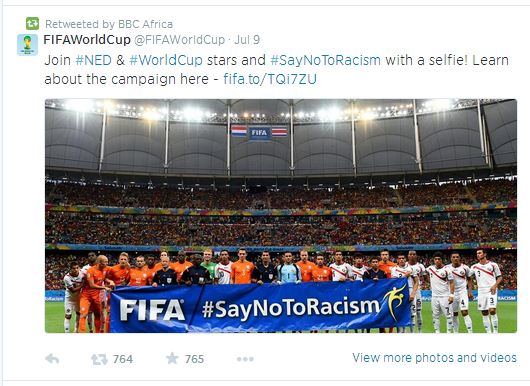 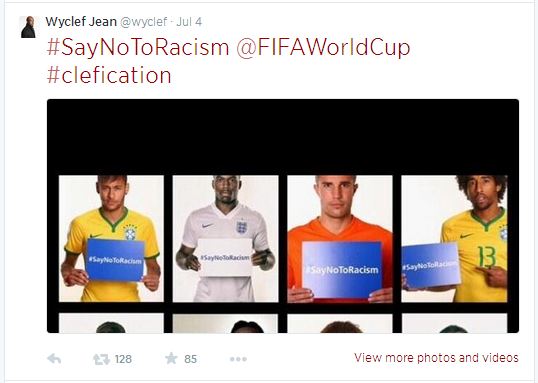