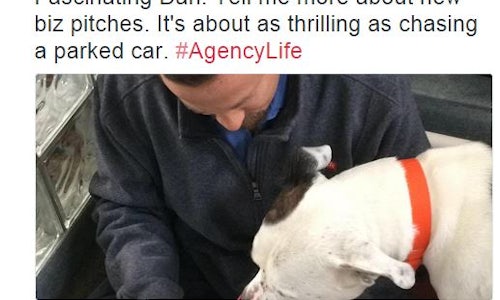 How do you amplify word-of-mouth and donations related to an already successful fundraising event for an animal shelter? Have one of the dogs tweet in real-time about the experience.

As part of the Western Pennsylvania Humane Society's annual Shelter Pet Sleepover, Brunner's Chief Growth Officer Dan Wald spent 48 hours in the kennel of the shelter dog Rooney, a 9-year-old, 64 lb., Staffordshire bull terrier mix. And Rooney live-tweeted his hard luck experience of getting stuck in a cage with an ad guy as bunkmate. For every retweet Rooney received, the Western PA Humane Society received $1 from Brunner!

Some of Rooney's tweets included:

"Oh no. Dan has misinterpreted my desire to play pitch and catch as a desire to hear him prattle about new biz pitches."

"Fascinating Dan. Tell me more about new biz pitches. Yes I'm listening. About as thrilling as chasing a parked car."

Brunner sought to increase word-of-mouth and donations for the Western Pennsylvania Human Society's annual Shelter Pet Sleepover event. Our own Chief Growth Officer, Dan Wald, a long-time shelter volunteer would be spending 48 hours in the kennel of shelter dog Rooney, a 9-year-old, 64 lb., Staffordshire bull terrier mix. The event was historically a success, but we wished to escalate the attention it received. How exactly?

We settled on the idea of Rooney live-tweeting his thoughts and feelings of having Dan, an ad guy, as a bunkmate for the weekend. Our copywriting team had a blast with this assignment. All the self-deprecating ad biz humor coming from the voice of a shelter dog made for hysterical tweets, especially when they build upon each other in sequence.

While a majority of the tweets were written for Rooney in advance to simulate his real-time thoughts on Dan and his ad biz profession, a number were authored instantaneously as well based on Dan's interactions with Rooney. Also, one of our community managers operated the @RooneyBowWow handle the entire weekend, and interacted with those who followed, retweeted and liked Rooney's content. She worked in partnership with the copywriter when some special Rooney verve was needed for a reply.

Rooney BowWow should win the social good category due to its: 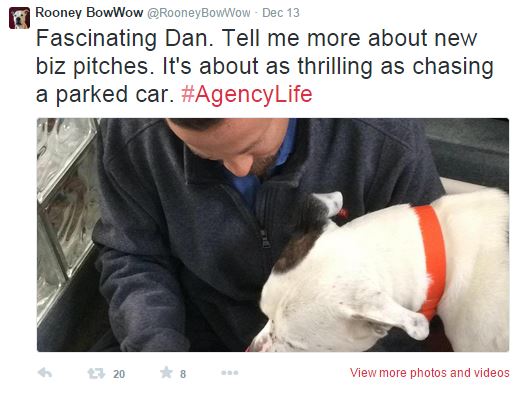 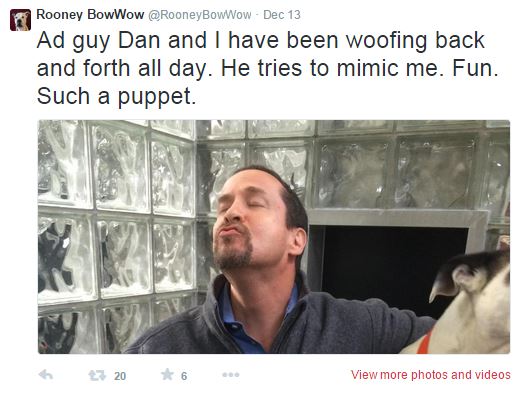 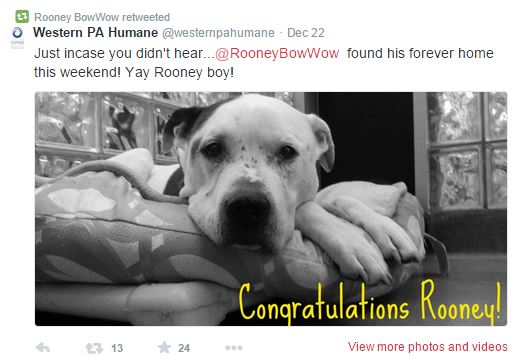 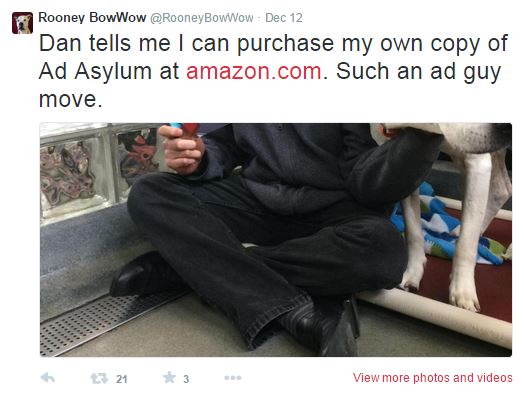