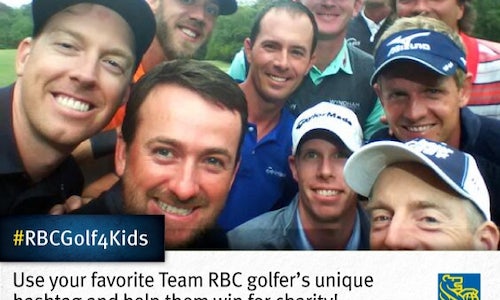 RBC wanted to increase brand awareness, brand affinity, and social traffic through an engaging campaign that incorporated their twelve Team RBC golfers and two PGA golf tournaments: RBC Heritage and RBC Canadian Open. The objective was to engage Team RBC and their respective fans in an organic, fun and unique way, all while showcasing the organization's core values and beliefs. Improving the lives of kids & youth is a top priority for both RBC and their sponsored golfers. RBC wanted to demonstrate how their players "make their mark" off the golf course through their philanthropic initiatives and positive community impact.

RBC created a cross-platform social media campaign and microsite that pitted Team RBC golfers against each other in a friendly competition to see who can rally their respective fan bases to share their unique hashtag (ie. #RBCMcDowell) the most times. By sharing the hashtag on Twitter, Facebook and Instagram, fans helped their favourite player and his or her children's charity of choice, win a share of the $300,000 donation from RBC. RBC handled aspects of the campaign including ideation, messaging, creative design, microsite development, PR, content strategy and creation, winner selection, and analytics.

Influencers from around the world got involved which dramatically increased the reach and drove impressions for the campaign. Notable supporters include: Donald Trump, Lance Armstrong, Samuel L Jackson, Travis Pastrana and Niall Horan from One Direction.

The campaign engaged millions of people who wouldn't regularly engage with a Canadian corporate bank including high profile athletes, celebrities, and brands, both in and outside of golf.

#RBCGolf4Kids was an unprecedented venture for RBC. Not only did the results far exceed all expectations, but the campaign completely changed the way we look at the social media landscape. What began as a simple effort to engage our sponsored athletes, evolved into a complex 360 degree marketing campaign that struck a cord with millions of consumers across the globe. We were able to raise awareness for our golf sponsorship, our Believe in Kids Pledge (http://www.rbc.com/community-sustainability/commit...), nine incredible children's charities and also donate $312,000 in the process.

Our overall golf campaign was around our "Making Your Mark. With our mass advertising campaign we drove home the message that: "For over 140 years, RBC has been making our mark on the financial world by providing clients with the strength and expertise they need to succeed. Let us help you make your mark." Not only do the players we partner with show success on the course, but we wanted to demonstrate how they "make their mark" off the golf course through their philanthropic initiatives, and highlight the positive community impact that their work has. The result was #RBCGolf4Kids.

Team RBC golfer's worked tirelessly to rally their fan bases and perform challenges issued by RBC designed to increase the use of their unique hashtag. In addition to doing all of this, they went above and beyond the assigned content calendars and challenges by creating their own original content, running contests and getting their charities and friends involved. Their outreach to, and appreciation for, all that their fans did to help them was astounding.

Following closely behind was Luke Donald and Stephen Ames. All participating golfers earned a minimum of $5000 for their children's charity.

Once the final numbers were tallied, it was clear that we had just completed an unprecedented campaign, as far as RBC and social media go. More content was generated for #RBCGolf4Kds, more influencers supported it, and it resulted in more hashtag mentions, reach and impressions than our previous campaigns combined.

Beyond the social media success, funds donated to the golfer's children's charities of choice supported a range of important initiatives from the purchase of life changing medical equipment at Our Lady's Children's Hospital, Crumlin, to helping fund the development of a children's health care, delivery and research and teaching institution at The Stollery Children's Hospital, to providing hundreds of children with healthy meals to eat through Blessings in a Backpack.

Judges should select this campaign to win due to it accomplishing all objectives, far surpassing metric goals and offering such a unique opportunity for RBC and the Team RBC golfers to highlight their charitable work to an engaged mass audience through social media. 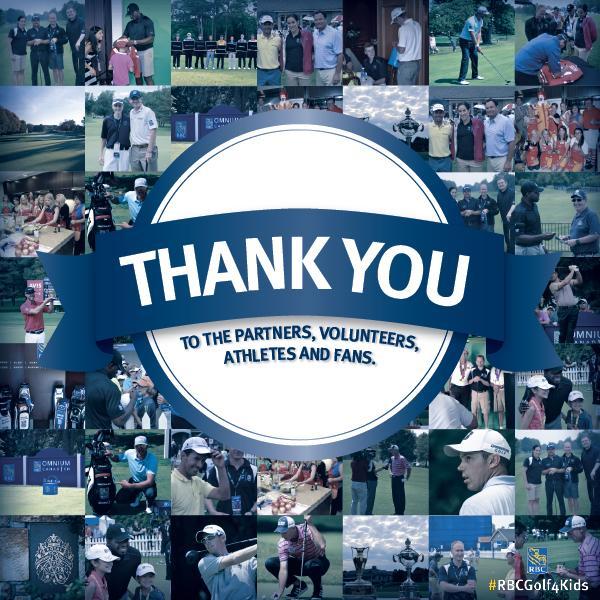 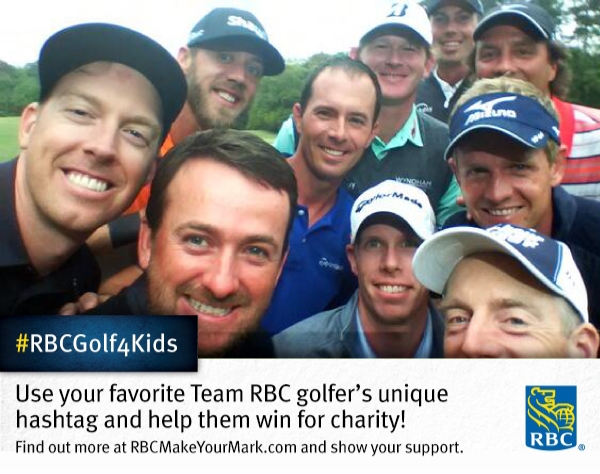 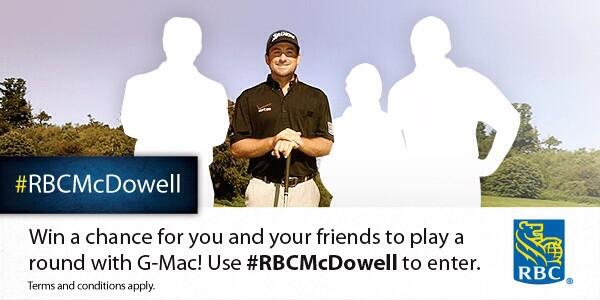 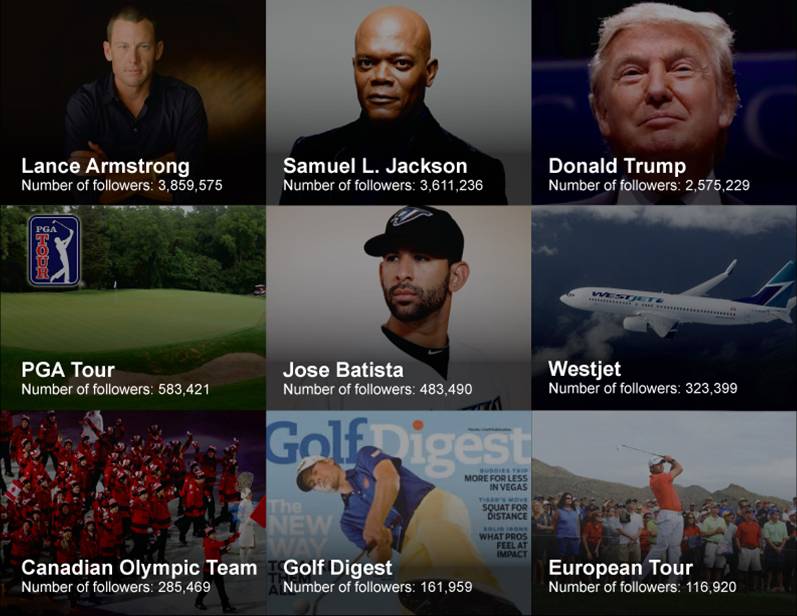 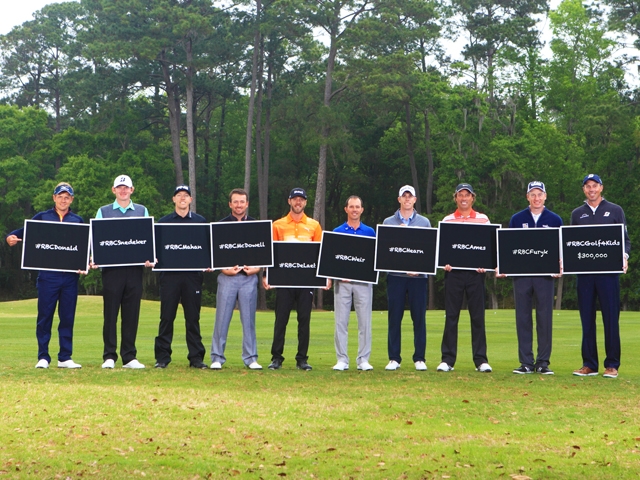 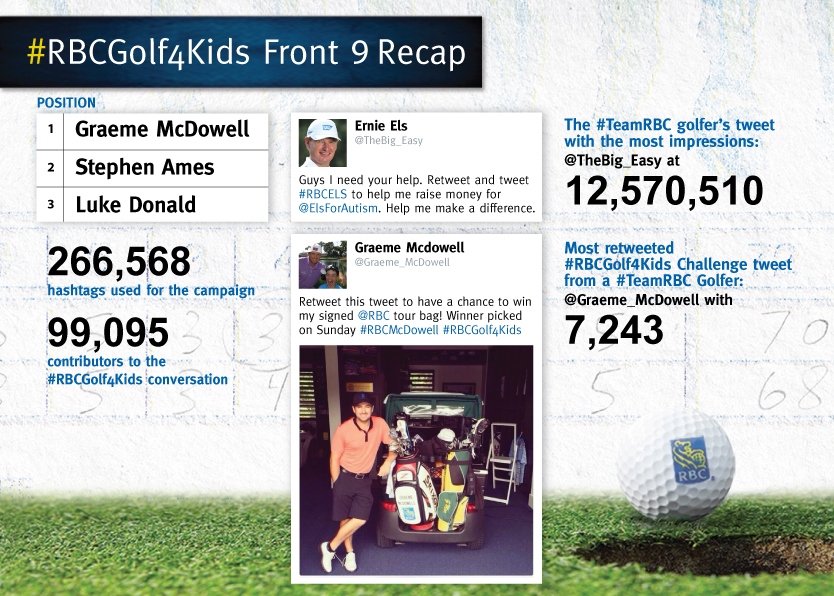